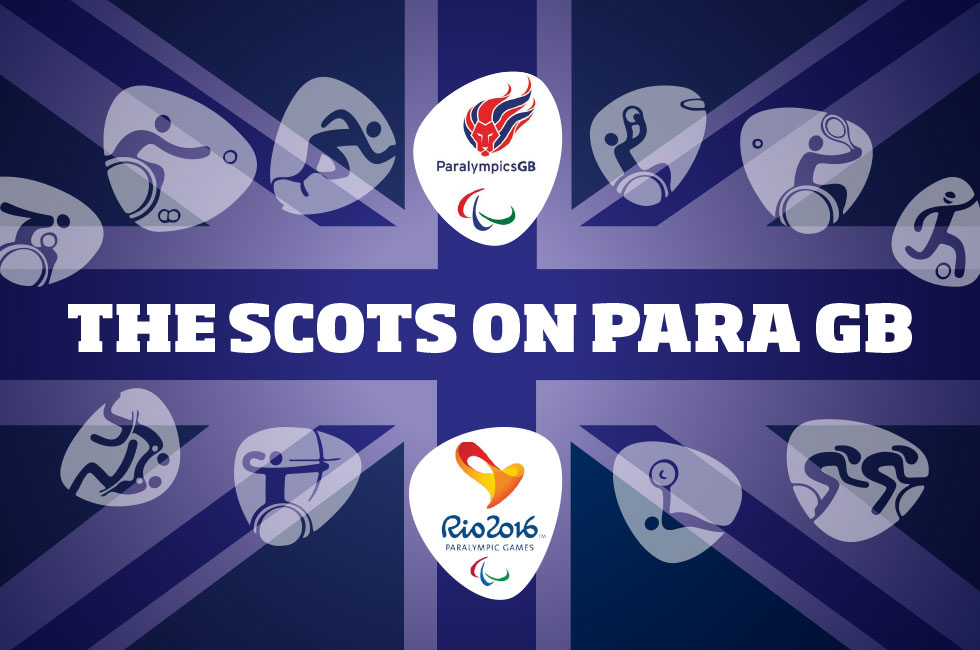 The competition is about to get underway in Rio and First Minister Nicola Sturgeon and sportscotland performance chief Mike Whittingham have wished the Scots and all their teammates on ParalympicsGB well over the next 11 days.

So who are the 33 Scots taking part? Our infographic provides you with the perfect guide to the #ScotsOnParaGB . . .

There is plenty of action to enjoy as the Rio Paralympics are the largest in history with 4,350 athletes taking part – more than double the number that took part in Atlanta in 1996 – and six countries making their debuts.

Aruba, Congo, Malawi, Somalia, Sao Tome & Principe and Togo are all joining the Games for the first time.

There are 33 Scots on the team competing in 12 sports, so two targets were already achieved before the Games began: we have the highest number of Scots selected this century across the most sports this century.

sportscotland set out to achieve a series of best performances at the Rio Paralympics since 1998, when an institute of sport was first established in Scotland and National Lottery investment helped strengthen the performance system.

First Minister Nicola Sturgeon says that para-sports are blossoming in Scotland and the athletes can help inspire our nation:

“Para-sport is growing in strength in Scotland and I’m delighted to see that Scots are so well represented in ParalympicsGB.

“I wish Scotland’s Paralympians, and all of ParalympicsGB, the very best of luck over the next two weeks.

“The dedication of these men and women is truly inspiring and I hope it will motivate others to take up sport and enjoy all the benefits it can bring.”

The man charged with leading Scotland’s performance system, Mike Whittingham, considers many Scots on the team to have podium potential:

“Congratulations to the 33 Scots who have been selected for ParalympicsGB. It’s a fantastic achievement and I hope that they and all their teammates have a great experience at the Rio Games.

“It is especially encouraging to see that a significant number of the para-athletes will be competing in their first Paralympics and there are Scots selected in 12 sports, as this demonstrates the strength in depth of the para-sport system that now exists across Scotland.

“Within the Scots on ParalympicsGB are some serious medal contenders, including Boccia World Champion Stephen McGuire and major Games veterans Neil Fachie and Libby Clegg, and it’s always exciting to see which new athletes step up and make their mark on the world stage.

“Thanks to sustained investment from the Scottish Government and National Lottery, coupled with the collaboration between sportscotland, the sports and Scottish Disability Sport, athletes can focus fully on their training and competition goals supported by world-class facilities, coaches and sports specialists. All the hard work into the preparation has been done and now it is their chance to shine on the world stage.”

The governing body which leads the development of opportunities and helps improve the performance in disability sport in Scotland has expressed its delight that so many Scots have been selected for the Rio Games.

CEO Gavin MacLeod has acknowledged the hard work and dedication which has gone into having so many in the team:

“We are thrilled to see so many Scots selected for the ParalympicsGB team for the Rio de Janeiro Summer Paralympic Games. We are seeing the highest number of Scots at a Paralympic Games since 1996 and we wish all 33 athletes and players, along with their coaches and support staff, every success in Rio.

“This level of representation would not be possible without the hard work and inclusive approach of SDS’s key partners across Scotland and we would like to thank Scotland’s governing bodies of sport in particular for all they have done to make this happen. Anyone who has been inspired by the Rio Games should contact us to find out how we can help them find their sport and possibly join the next generation of Scottish sporting champions.”