Commonwealth and European champion Duncan Scott enjoyed an outstanding year in the pool in 2018 – but says none of it would be possible without the ‘team behind the team’.

The 22-year-old has been supported by the sportscotland institute of sport since he was a teenager and says it continues to play an important role in his development.

Duncan says: "Sitting in my first review meeting aged 15 was quite an eye-opener. It was the first time I’d looked properly at things like nutrition and strength and conditioning– it opened up so many pathways and opportunities for me to get better."

As a part-time student at the University of Stirling, Duncan is still within touching distance of the institute. And he says: "There have been so many occasions where I’ve been lucky to have the sportscotland institute of sport – the support has been tremendous.

"I now get S&C three times a week, see nutritionists and psychologists and the physio can be called upon at any moment. My Performance Lifestyle coach was even able to arrange a study programme that took the pressure off my shoulders."

Duncan says this ongoing guidance helps contribute to the 1% margins that enable high-performance athletes to maximise their potential, admitting: "At the top of any sport, it’s the small margins that make the difference, especially in swimming, where 0.5 of a second can separate the whole field.

"Swimming is very much an individual sport, but at the same time it’s not. To better yourself, you need to go that little bit further but you also need people who look at things in a different way and I’m lucky enough to have that at the institute.

"It allows athletes to look a lot deeper for small percentages through different pathways and small inclines in ways they might not have thought possible." 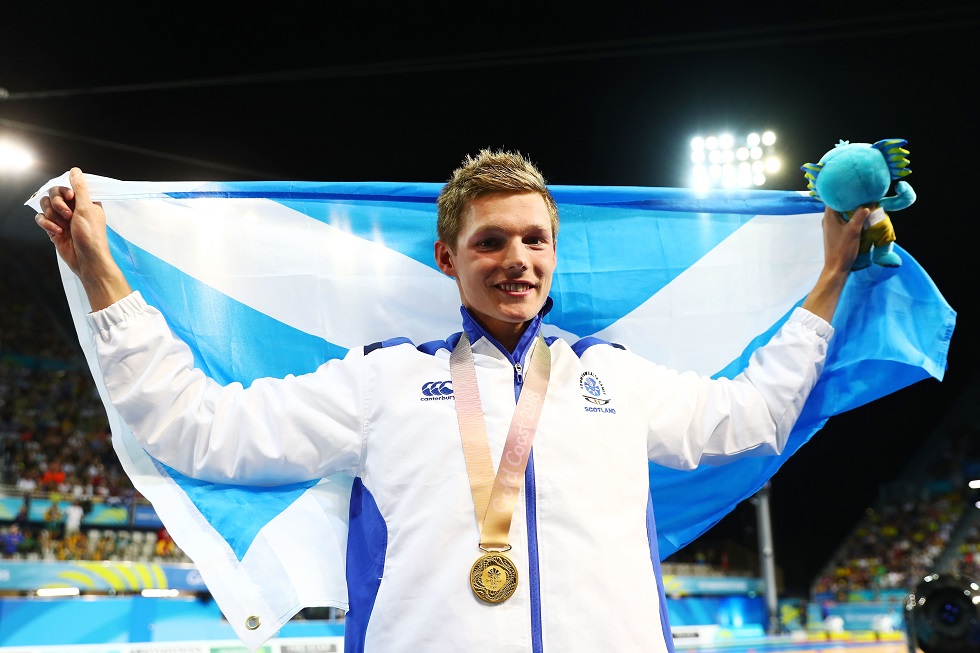 This support played a key role in a spectacularly successful 2018 for Duncan, as he won gold, silver and four bronzes at the Commonwealth Games in Gold Coast, Australia, followed by three golds and a silver in the European Championships in Glasgow.

Duncan – who was also named Athlete of the Year at the UK-wide National Lottery Awards and Sports Personality of the Year at the Sunday Mail sportscotland Scottish Sports Awards – said: "When we went to Australia, numerous members of the institute were there. Without them, a lot of what we achieved wouldn’t have been possible."

A collaborative approach to performance sport programmes forms part of sportscotland’s investment in the Scottish Governing Bodies of sport (SGBs), such as Scottish Swimming, and Duncan’s success at Gold Coast 2018 was part of a record Team Scotland haul of 44 medals.

After the "amazing" rise of Scotland’s swimmers in recent years, Duncan says they are now looking to the next challenge – and on a personal level, his main aim is to graduate, then focus on the 2020 Olympics in Tokyo.

He says: "The Olympics is the pinnacle, but with British and Scottish swimming currently being so strong, the first thing is to actually get on the team. It’s good that our teams are getting better but from a personal point of view, it becomes increasingly difficult to qualify."