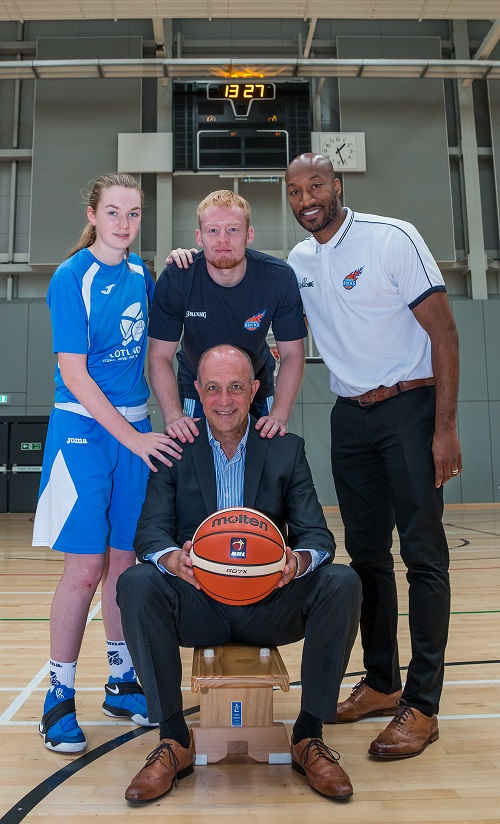 This summer has delivered so much for Scottish sport, and now a new system that will create more basketball players in Scotland is continuing the feel good factor.

Scottish athletes won 13 medals – their highest ever tally for an overseas Games - at the Rio Olympics and shortly after that, Oriam, Scotland’s new world-class national performance centre in Edinburgh, opened for business.

The agreement between basketballscotland, sportscotland, Glasgow Rocks, and Caledonia Pride aims not only to improve the quality of on court performances, but also seeks to drive up attendances at matches as well as increasing participation in the game at all levels.

sportscotland is investing an additional £280,000 into basketballscotland over the next two years to bolster the governing body’s performance programmes, and sportscotland’s Chief Executive Stewart Harris is convinced that this new collaboration is a big boost for the sport in Scotland:

“This partnership represents an excellent opportunity to enhance basketball’s performance programmes in Scotland. By working together in this way we will create a stronger and more sophisticated performance pathway for men’s and women’s basketball in Scotland.

“It’s an exciting project for the sport which can really help the players in Scotland, and we’re delighted to be investing an additional £280,000 into performance programmes over the next two years.”

The Rocks and Pride will now play a major role on the Player Pathway in Scotland and it is hoped that performances will progress both on and off the court, improving Scottish basketball as a whole. 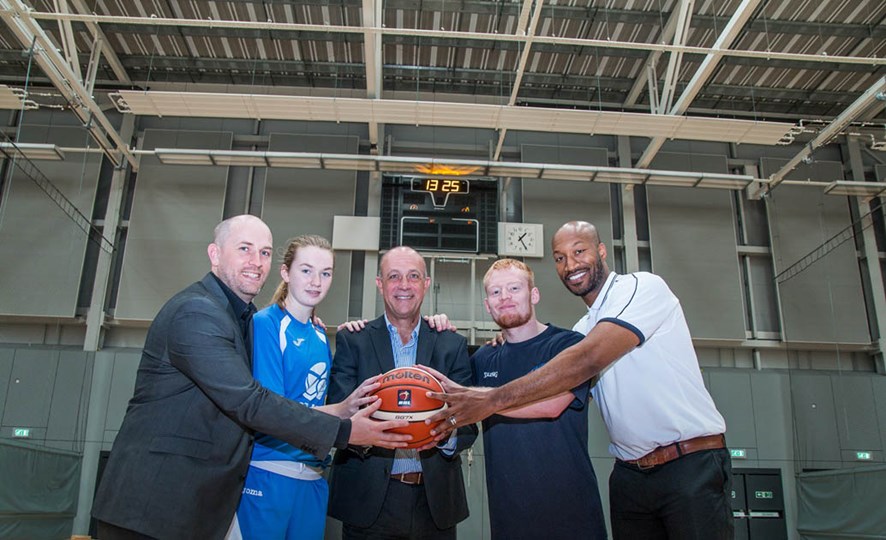 This investment allows basketballscotland to recruit two full-time national team coaches to work within both franchise teams and link professional basketball to the national men’s and women’s teams for the first time.

There are now great opportunities for the majority of national team players to remain in Scotland to train and play full-time, which is a big shift in player development culture, where previously playing overseas was the only option to combine elite basketball and education.

This partnership will provide the players with an excellent training environment which will promote the best possible performance for the national sides as they bid to qualify for the Commonwealth Games on Australia’s Gold Coast in 2018.

Through this agreement a core of the Scotland Senior Men’s and Women’s National Teams will be brought together to play and train in their homeland for the two years leading into the 2018 Commonwealth Games, and basketballscotland’s Head of Basketball, Barry Lang, can see significant benefits:

“We believe we can gain a competitive advantage as we aim to qualify and compete at the Commonwealth Games in 2018. Our top Scottish prospects will have the chance to train and play together on a daily basis, improve their technical skills and physical capabilities in a professional environment.”

It is hoped that the partnership can contribute to the long-term improvement of performance basketball and also inspire more youngsters to take up the sport through having Scottish role models playing in Scotland.

Solid as a rock

Glasgow Rocks expect attendances to grow through increased engagement with the wider basketball community in the country, and hope to be a focal point for fans of the game across the land, as owner Ian Reid explains:

“The partnership with basketballscotland is a significant step forward for the game in the short, medium and longer term. Just over the horizon are the Gold Coast Commonwealth Games in Australia and we have a shared agenda with the Governing Body and with sportscotland to enable a Scottish team to represent the nation with distinction.

“Over the last 10 years Glasgow Rocks, together with Scottish Sports Futures, our charity partner, have introduced over 100,000 young people to the sport and some of these participants are now representing Scotland at age group level.

“As a consequence, Scotland now has a significantly higher player base and it makes sense to ensure that there is a pathway for talented individuals to progress to the highest level. This agreement enables that vision and all of us at the Glasgow Rocks will be working towards achieving this.”

"Today's announcement marks an exciting time for both women's and men's basketball in Scotland.

"Caledonia Pride are looking forward to working with our partners over the next two years to develop a sustainable player pathway for Scotland's top female athletes." 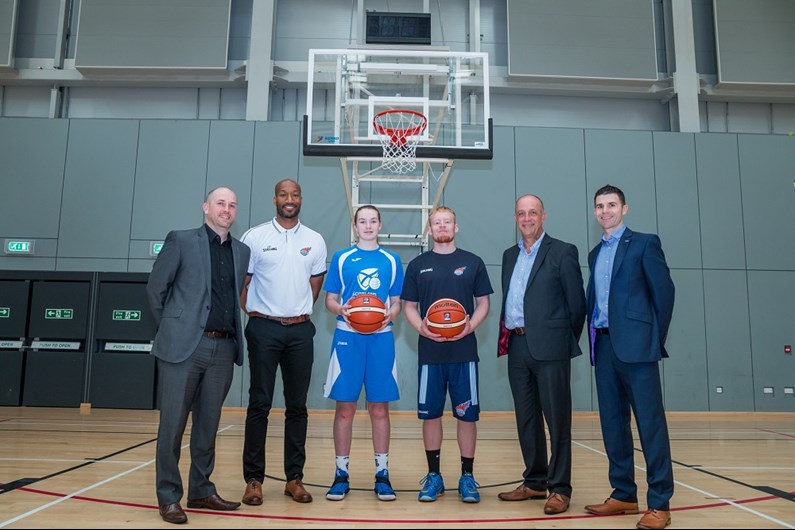 basketballscotland CEO Kevin Pringle is enthusiastic about the impact this collaboration can have for Scottish basketball:

“We are delighted that sportscotland is investing in basketball’s performance system. We are working to make a sustainable change in our system and our culture to ensure we can develop performance level players for the long-term.

“By establishing a partnership with the Glasgow Rocks, alongside the launch of our women’s franchise, Caledonia Pride, we will provide Scotland’s top athletes an outlet to train together over the next two seasons as preparation for the Commonwealth Games in 2018. By working together, the game in Scotland can benefit for generations to come.” 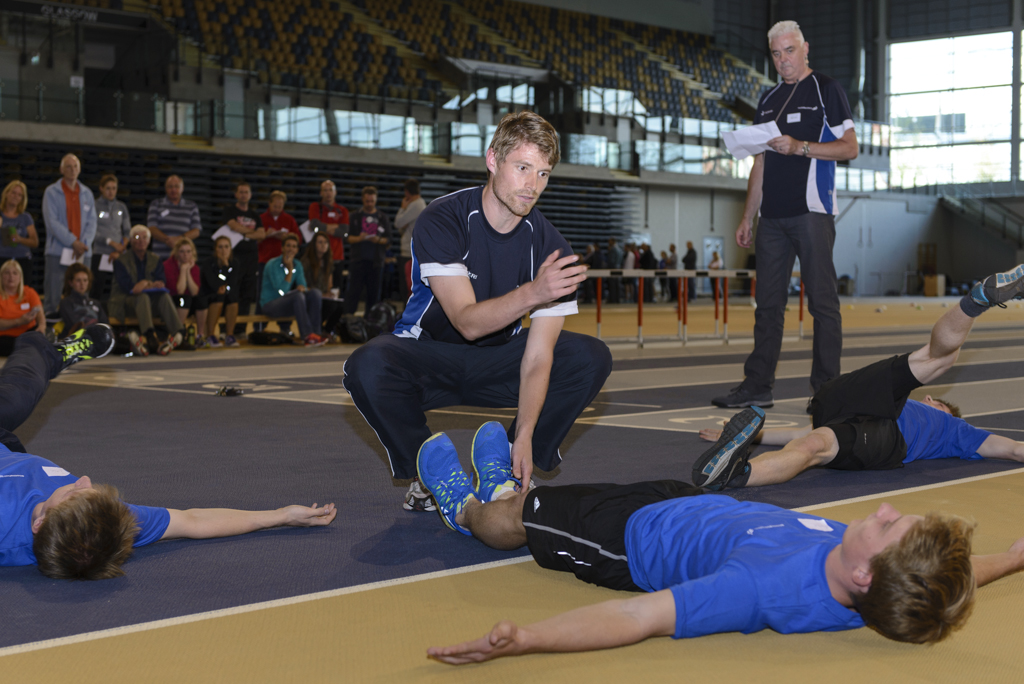 Emirates conference will go beyond athletics and transcend sport coaching 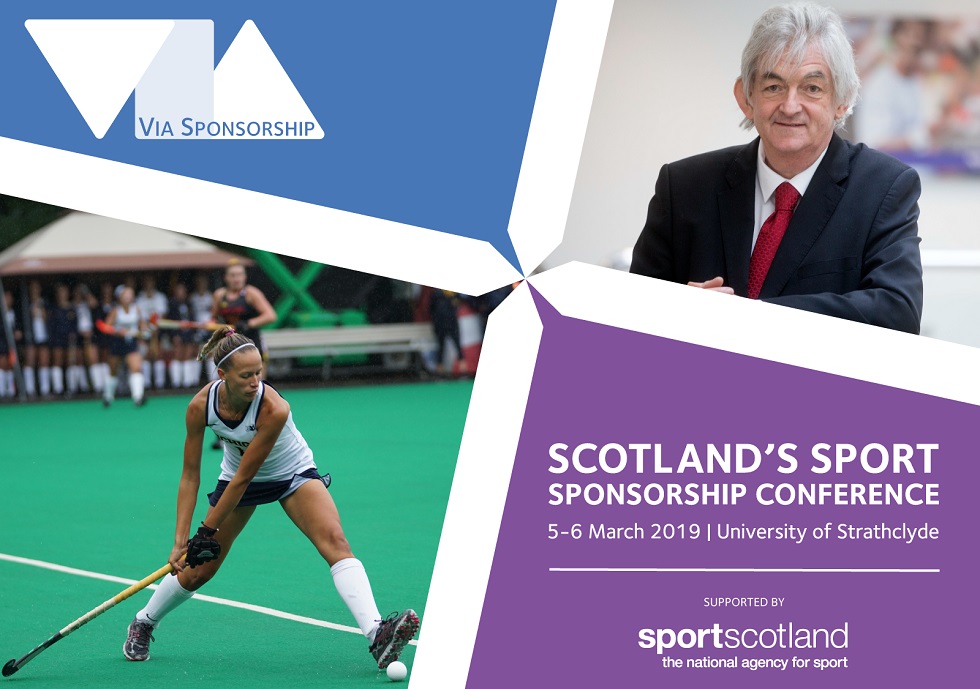