Scotland has paid tribute to the heroes of the Rio 2016 Olympics and Paralympics with an unforgettable day of homecoming celebrations in Edinburgh.

The First Minister joined other dignitaries and more than 100 schoolchildren at a celebration at Oriam, Scotland's Sports Performance Centre which opened in August.

After being given a rapturous welcome, the Rio athletes took part in fun sporting activities with the school children who had come from all over Scotland, as well as members of the public and representatives from Olympic and Paralympic sports. 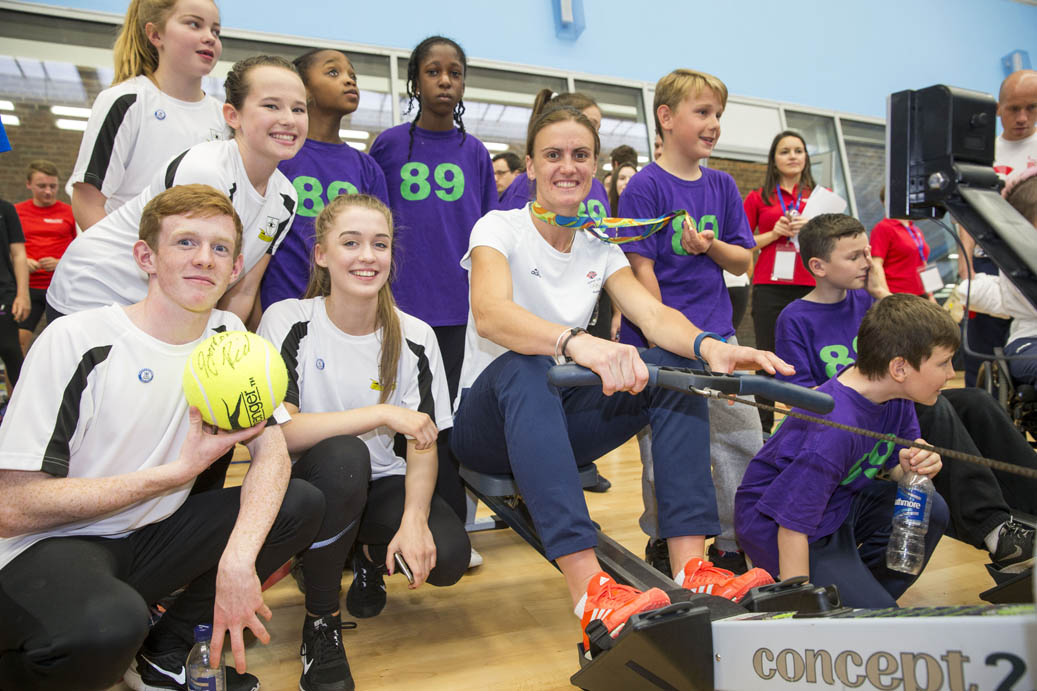 Swimmer Duncan Scott, who won two silver medals at his first Olympics, told BBC Scotland: "It's been an incredible couple of weeks of inspiring the next generation. I've been in a couple of schools and especially here today, it's great to hear everyone so happy and enjoying life.

"The biggest advice I could give is to work on the little things. I think a couple of people have been saying 'yeah, that's a great point'.

"I think the whole point of being an athlete is trying to inspire the next generation.

"No matter what level you are at, it's so important to try and carry that and keep it going."

Bethany Sutherland, who attends Holy Cross High School in Hamilton and plays netball for the Scottish Thistles, added: "It feels amazing to be here and I'm so motivated by [the Olympians and Paralympians] to try and represent my country and continue to play sport. 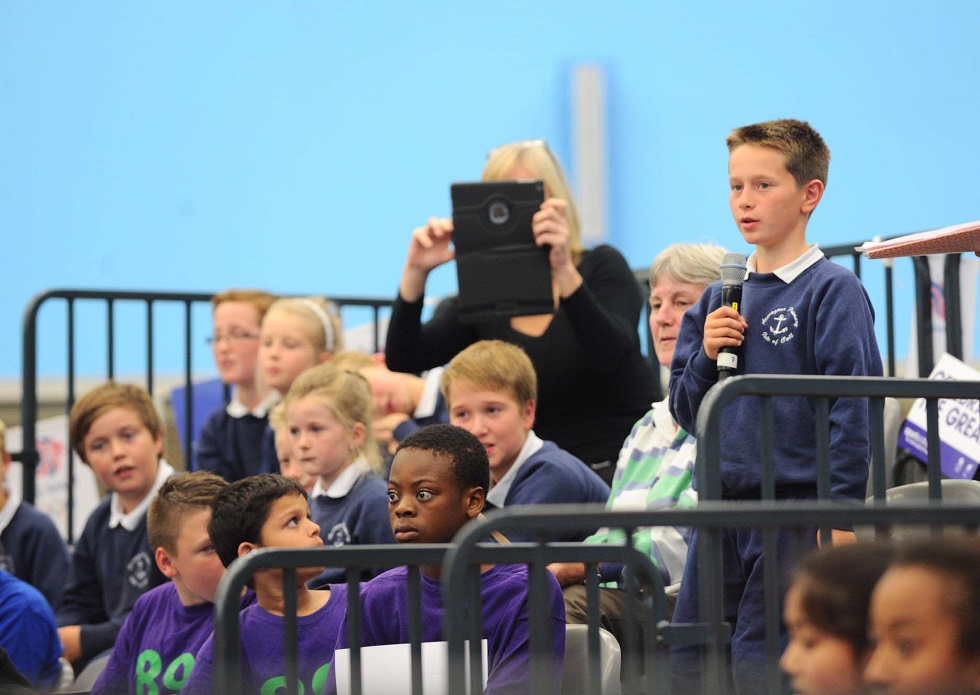 "They're amazing role models because of the commitment they put into their sport, and it was really nice to meet them and find out their personalities and what they are like. It was really enjoyable."

Children from 10 schools across Scotland travelled to Edinburgh for the celebrations, including a far-flung delegation from the Isle of Coll.

Patrick MacIntyre (pictured), a P6 pupil at  Arinagour Primary, was one of those who had the chance to pose a question to an athlete - Heather Stanning - at a Q&A session hosted by Bryan Burnett and Rhona McLeod. This gave the children and young people the chance to ask their sporting heroes about their careers and their experiences in Rio.

The 2016 Young people's sports panel were also in attendance at Oriam and the panellists played a full part in an event that celebrated the diversity of Scottish sport.

The athletes then travelled to the city centre to be greeted in Festival Square by members of the public, who had the chance to meet them face to face for autographs and selfies.

Hosts Bryan and Rhona invited the athletes up on stage before they mingled with the crowds who had gathered.

First Minister Nicola Sturgeon, who addressed the audience at Oriam, said: “On behalf of the people of Scotland, I would like to offer my congratulations to all of the Scottish Olympians and Paralympians. They have done themselves and their country proud and will have inspired the next generation of athletes. 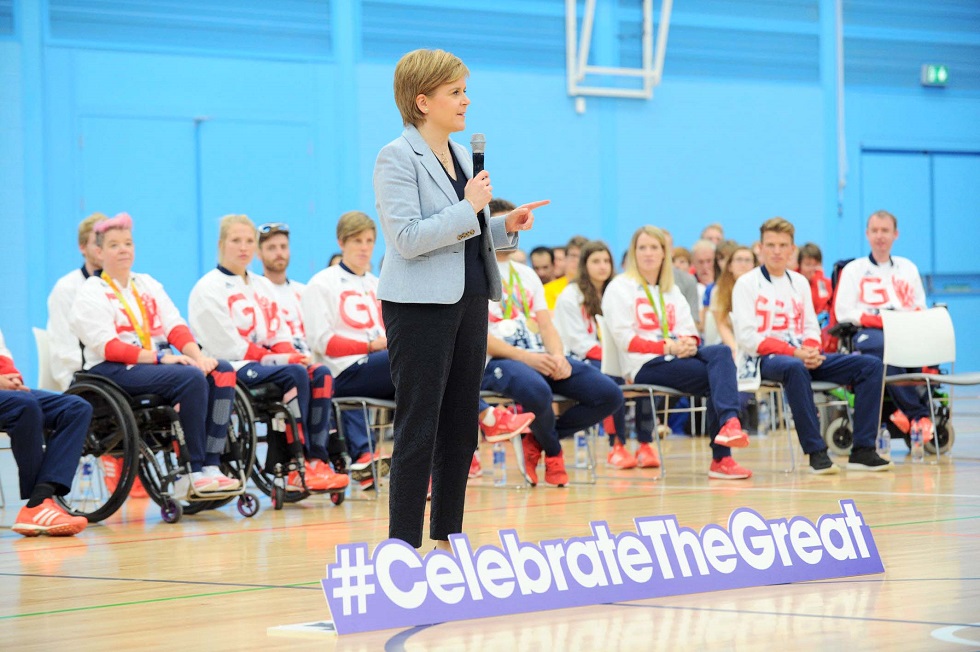 “Today’s event was a fantastic way to celebrate the achievements of our athletes and it is hard to think of a more fitting venue for us to do this than at Oriam, Scotland's brand new, world class national performance centre.”

Mel Young, Chair of sportscotland, hailed the success of the athletes in Rio: “This was an inspirational day recognising the sensational performances of all of the Scottish athletes at this summer's Olympics and Paralympics.

“We know that many of the athletes being celebrated today were inspired by seeing their own sporting heroes compete at previous Games.

"By giving the next generation the opportunity to meet their heroes at events like this, and letting them hear what it takes to succeed on the world stage, we hope it will ignite their own sporting passion and lead to a life-long love of sport.”

Depute Lord Provost Steve Cardownie said: “The event in Festival Square honoured the phenomenal achievements of our Scottish Olympians and Paralympians this summer.

“Edinburgh is extremely fortunate to have so many athletes all in the city on the same day so this really is a unique opportunity for the public to mingle with their heroes and meet them face to face. Today’s events demonstrated the city and country’s pride in what these athletes have achieved.”

Backed by Scottish Government and Lottery investment, sportscotland has implemented a world-class performance system in Scotland. The collaborative approach between the athletes, sports, coaches, the experts at the sportscotland institute of sport and our partners at ParalympicsGB & Team GB, has delivered outstanding success at Olympic and Paralympic Games.

Tim Hollingsworth, CEO of the British Paralympic Association, said: “It was wonderful to see the success of our Scottish Paralympians, who created so many memorable moments at Rio 2016, celebrated on home soil in Edinburgh today.

"It proved to be a fitting opportunity to celebrate their achievements in a way that also recognises and gives thanks to everyone that has supported these ParalympicsGB athletes to succeed at the highest level.”

"They have yet again contributed significantly to the Team GB medal tally and the wider efforts of the nation.

"I am sure everyone in Scotland is thrilled with their performances and this celebration was a fitting way to recognise the incredible achievements of our athletes."

The final event of the day of celebration was the inaugural Team Scotland Scottish Sports awards at the EICC where the athletes took to the red carpet.

Paul Bush OBE, Chair, Commonwealth Games Scotland, said: “Team Scotland is delighted to have played its part in the recognition of the fantastic achievements of Scots on Team GB and ParalympicsGB and the presence of the athletes at the inaugural Team Scotland Scottish Sports Awards in the evening was a fitting finale to a wonderful day of celebrations.

“These Awards in their new format have been a resounding success as we celebrate what has been a truly outstanding year for Scottish sport. The phenomenal achievements of 2016 augur well as we look ahead to the Gold Coast Commonwealth Games in 18 months’ time, where many of these athletes will go for gold for Team Scotland.”

Read how BBC Scotland reported on the day's events 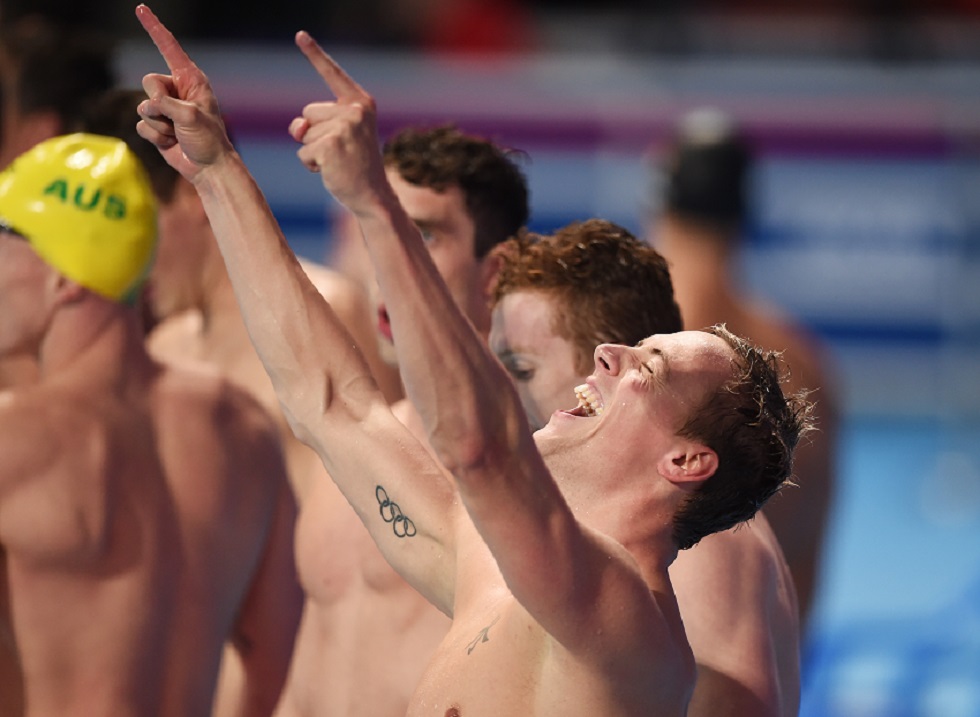