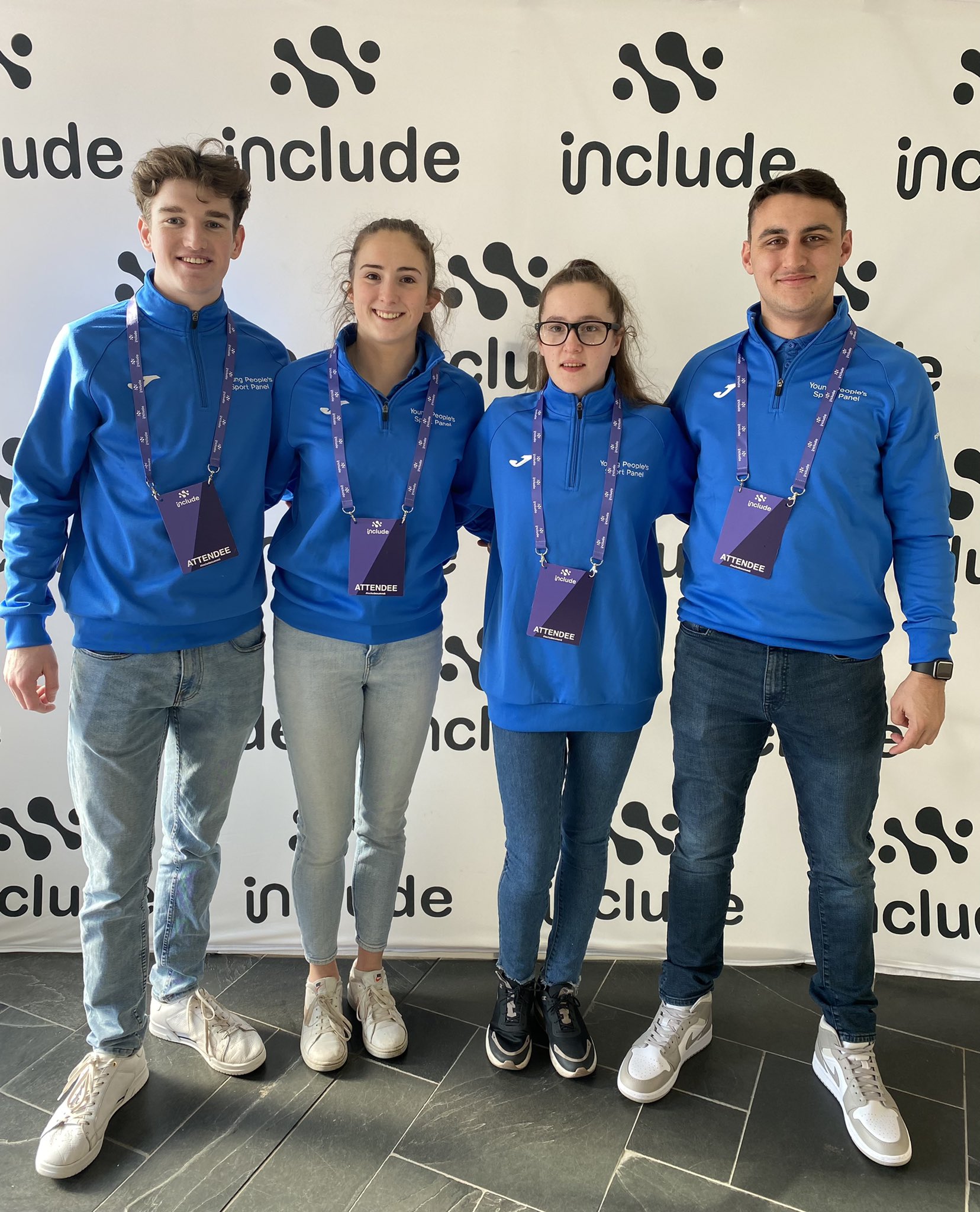 Members of the Young People’s Sport Panel had the opportunity to attend the Include Summit in Birmingham, a UK-wide event discussing equality, diversity and inclusion in sport. Afterwards we discussed some of their highlights, learnings and things they will put into practice in their role as young leaders.

I feel so lucky I was able to attend #IncludeSummit in Birmingham and I am massively grateful to sportscotland for the opportunity. My personal highlight was chatting to Judy Murray after her panel session. She was excited  to hear we had come down from Scotland and championed what we were doing as a panel. She also couldn’t believe it when I said I had won one of her tennis competitions 9 years ago and didn’t want to miss out on the chance of picture! 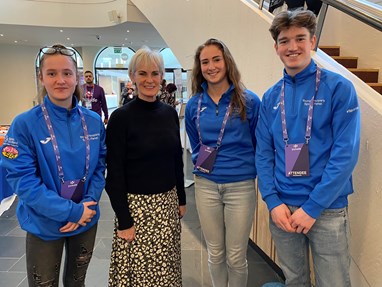 There was a couple of sessions which really stood out for me. Firstly, the panel discussion with Azeem and Amna Rafiq, which discussed the abuse and discrimination that Azeem suffered during his cricket career and how hard it was for him to come forward and expose his experience. One thing I remember was the story of how volunteers at the World Cup would be offered a beer and a bacon sandwich, which felt completely out of touch. Azeem admits it will be very difficult for him to find future employment and Amna spoke how despite working in cricket, she doesn’t always feel like she belongs there now.

I think it shows the huge amount of work still to be done around inclusion and ultimately young people need to be at the front of driving progress within all sport.

On the theme of inclusion, the panel discussing inclusive venues was incredibly interesting. Not just talking about a physical place, but the culture of an institution and how that is portrayed through a venue. We heard from James Swanson, who had just finished his post as fan engagement manager at Harlequins (the club I support) and was the creator of rugby’s first annual pride match. Having lived in Stirling for university we found even more commonality there too! From the panel and speaking to him afterwards, I picked up on the importance of venues driving independence for every individual – especially around physical access.

Toolkits to engage current, old, and new supporters can be important and things like a pride match could attract an even bigger audience to clubs and make clear the culture of a club. Nowadays a match day is a full experience, not just the 80/90 minutes on a pitch, and he shared how supporters need full confidence from leaving the house to returning, that they will be safe, welcomed and want to come back. There are examples now of supporters choosing a club based on their inclusivity and how easily they can attend a game – voting with their feet. Service, culture and facility are all key to a good match day experience and these will create positive word of mouth.

Following on from these sessions, I’m going to spend time with the clubs I’m involved with in seeing how we can make our culture and venues more inclusive. Not only to genders, religions, and ages but social demographics and how we can grow our game.

Attending the Include Summit in Birmingham was definitely an eye opener for me to see inequalities in sport which I knew could be there, but not as severely as was expressed during the summit.

Personally I found the ‘Truly Inclusive Delivery’ workshop particularly inspiring. I was able to find out about different organisations that I never knew existed and although largely based across England, there was nothing that couldn’t be transferred and adapted into Scottish sports. It emphasised the importance of including different people in ways that would be comfortable for them, not bending sessions to suit specific people but instead overriding the session to make it almost customised to the people wishing to attend.

The common factor between the organisations was empowering the people they were working with, asking those people that will be using the service and providing consistency to make sure that once it’s there, it’s not just going to drop off after a few months. 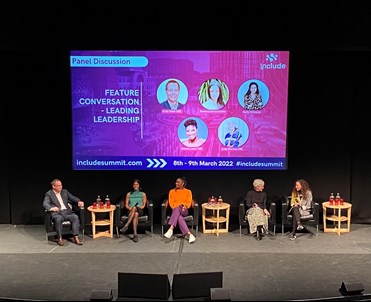 The main thing I took away from the summit was a point from one of the other speakers who said, what we really need in sport is more female PE teachers in schools to encourage long lasting inclusion in sport for young girls from any and every background. I think this applies across Scotland in trying to get more girls continuing sport throughout their lives rather than just when they’re in school.

The Include Summit was what can only be defined as an eye opener. As a white male growing up with a relatively privileged background, it can be difficult to see what hurdles others have to face on a daily basis. One of my current roles is coaching girls’ football, and although this is on the rise, it still lacks equality. The lack of support and opportunity available through both competition and participation within woman’s football is clear to see.

Attending the Include Summit further highlighted the struggles which people face because of the colour of their skin or because of their gender. A particular discussion which gave insight into this was “Football – The Nation’s Game” where the panel spoke about the initiatives formed and supported by organisations such SFA and EFA as well as “Kick It Out” and “Beyond The White Line”.

Personally, I found this discussion extremely relatable as I have grown up with football being my safe space, and to see the discrimination which some people face from the sport that I love is heart-breaking. 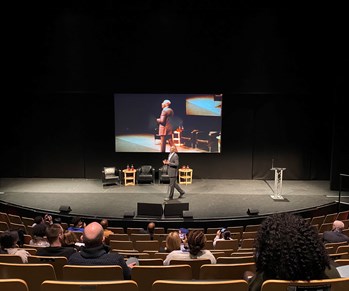 Throughout the event there was a wealth of inspiring individuals in attendance such as Denise Lewis OBE, Judy Murray OBE and many more. The standout for me was Prof Geoff Thompson who mesmerised and inspired the full room. In addition, the football discussion was most relevant to me as well as they didn’t just talk about the problem, they offered a solution!. The panellists had a wealth of knowledge, and while they have ambitions to drive change, their aims were clear and realistic. I particularly enjoyed hearing what Sanjay Bhandari had to say about the ongoing issue of diversity, equality, and inclusion particularly within football but also in the wider sporting sector. 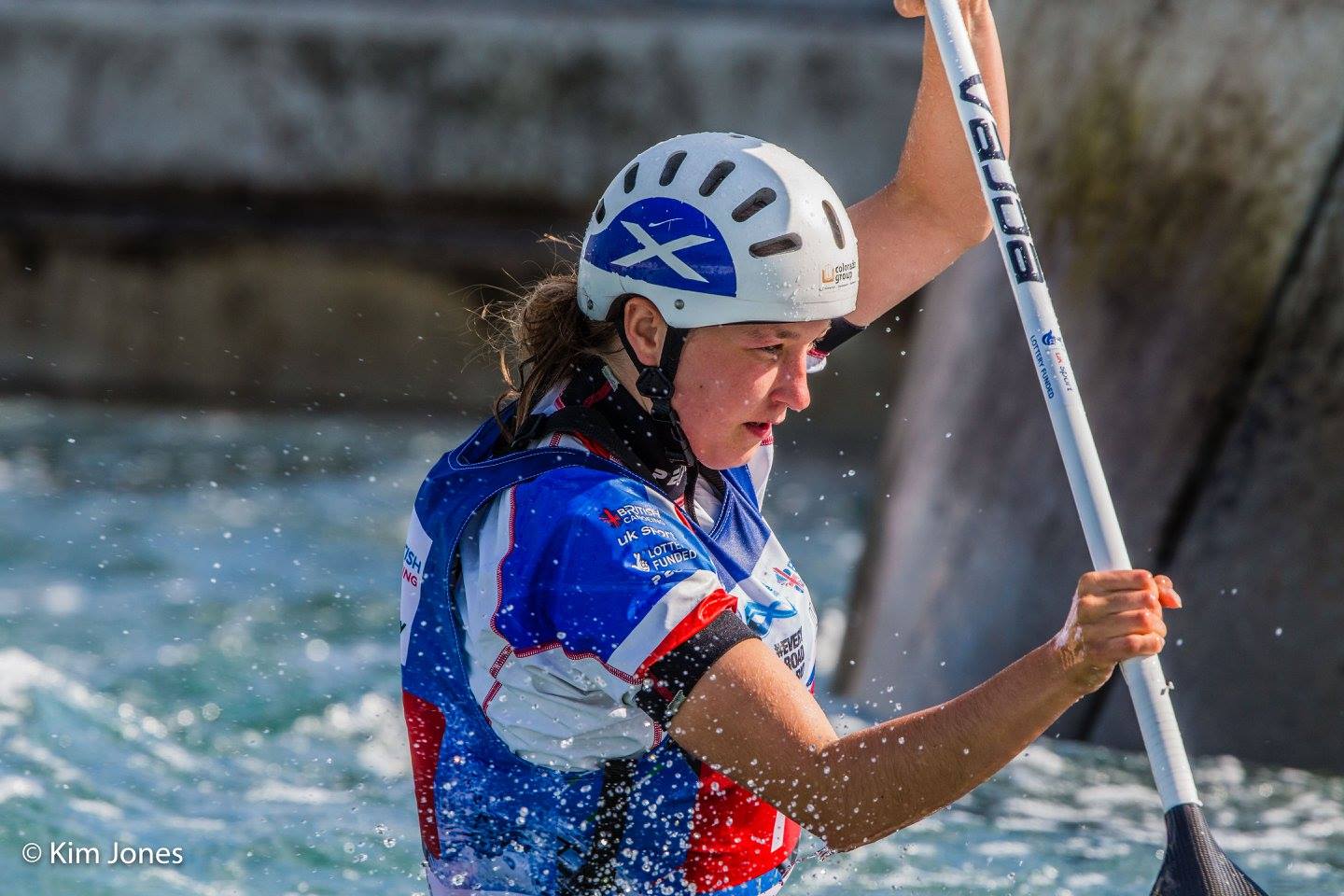 Women's C1 slalom will be in the 2020 Olympics, opening the door for Eilidh Gibson