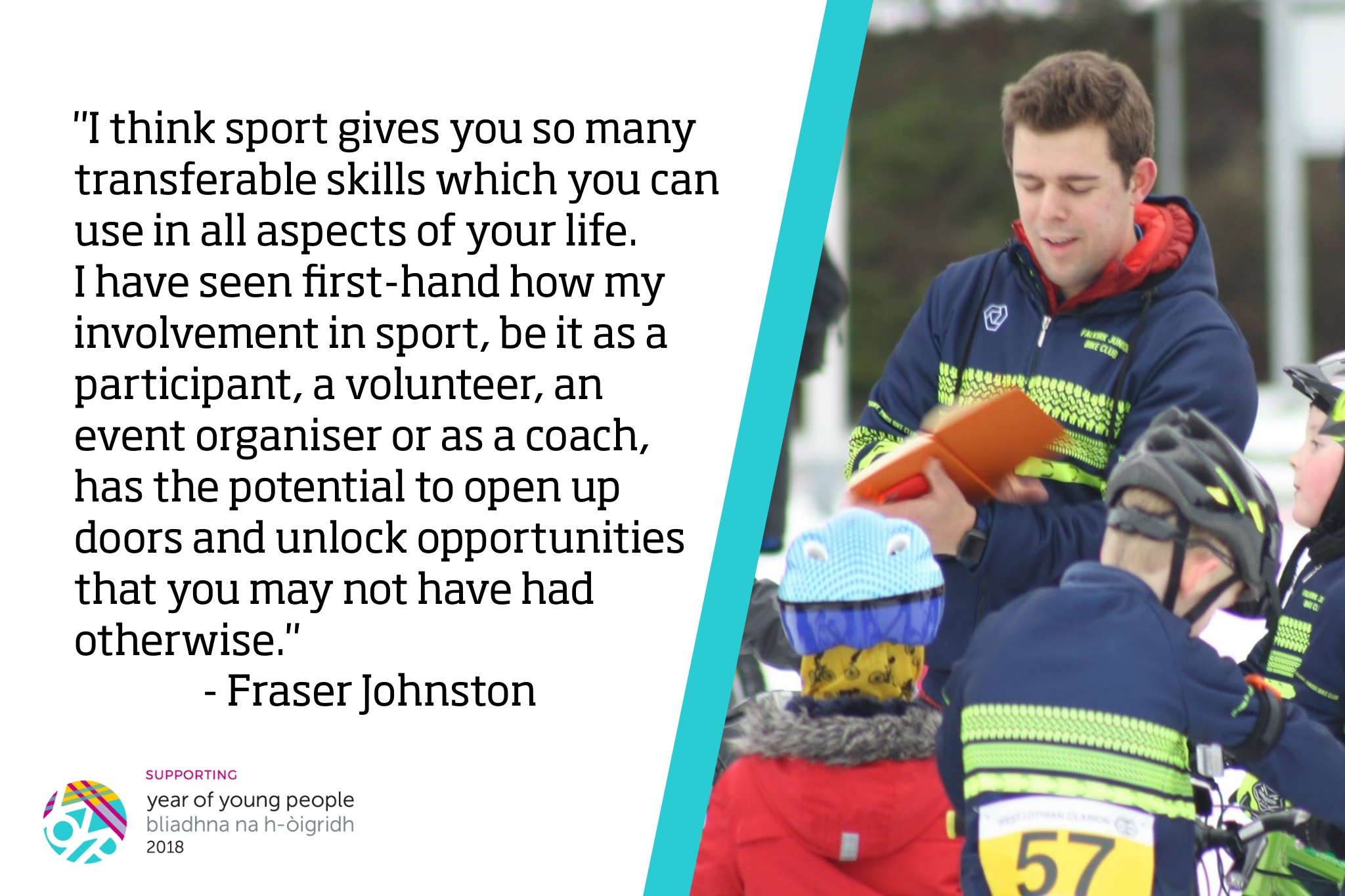 Fraser Johnston, 21, founded the Falkirk Junior Bike Club after discovering the lack of opportunities to participate in cycling in his community. A member of the 2014-16 Young People's Sport Panel, he has been working as a sport development coordinator at the University of Glasgow, and will shortly be taking up a role at Scottish Cycling.

We find out more about his experiences, the skills he has gained through sports leadership and how he thinks young people can make a difference to sport in their communities.

What sports do you take part in, and how did you first get involved?

I currently do a lot of cycling – a mix of road cycling and mountain biking. It's mainly just for fitness, but I'm considering getting involved in some racing in the autumn.

When I was young I was passionate about getting involved in cycling but there was a real lack of opportunities available to me in the Falkirk area. The nearest clubs had long waiting lists and the local senior club wouldn’t take in riders aged under 16 unless they were accompanied by a parent. I waited and eventually joined when I turned 16, and started to train fairly regularly and enjoy the sport.

I decided that when I turned 18 I would undertake a Level 2 coaching qualification so that alongside another member of the club, we could start the first-ever club for young people in the Falkirk area – this ultimately became a reality in the form of Falkirk Junior Bike Club.

What do you think are the wider benefits of involvement in sport for young people?

I think sport gives you so many transferable skills which you can use in all aspects of your life. I have seen first-hand how my involvement in sport, be it as a participant, a volunteer, an event organiser or as a coach, has the potential to open up doors and unlock opportunities that you may not have otherwise.

I also found that doing sport and physical activity around the times when I was doing my exams was hugely important in helping me to relax and switch off from everything else that was going on.

How do you think young people can make a difference to sport in Scotland?

I think young people are crucial to the future of sport. I have previously been a part of the sportscotland Young People’s Sport Panel, and during my time with the panel I really felt that the opinions of young people mattered, and that we were definitely making a difference within the sporting system. I think across the sector we need to look at more ways we can involve young people in decision making, and also in roles from a younger age.

I’ve recently worked on a trial with Scottish Cycling of a UKCC Level 1 cycle coaching course for 14- and 15-year-olds. I have long believed in the benefits of coaching from a young age, and properly equipping our young people to do this.

In the current system you need to be 16 to be a Level 1 coach. With the support of Scottish Cycling and sportscotland, we were able to run this course in June with seven candidates all aged between 14 and 15. All candidates passed the course with flying colours, with some being recognised as among the very best the course tutor had seen at Level 1 of any age.

I am determined to ensure that this trial is a success so that we can grow the workforce across the country and really demonstrate the significant contribution that young people can make within our clubs. I am committed to mentoring these young people to ensure they can be the best coaches they can be and really make an impact within the sport. 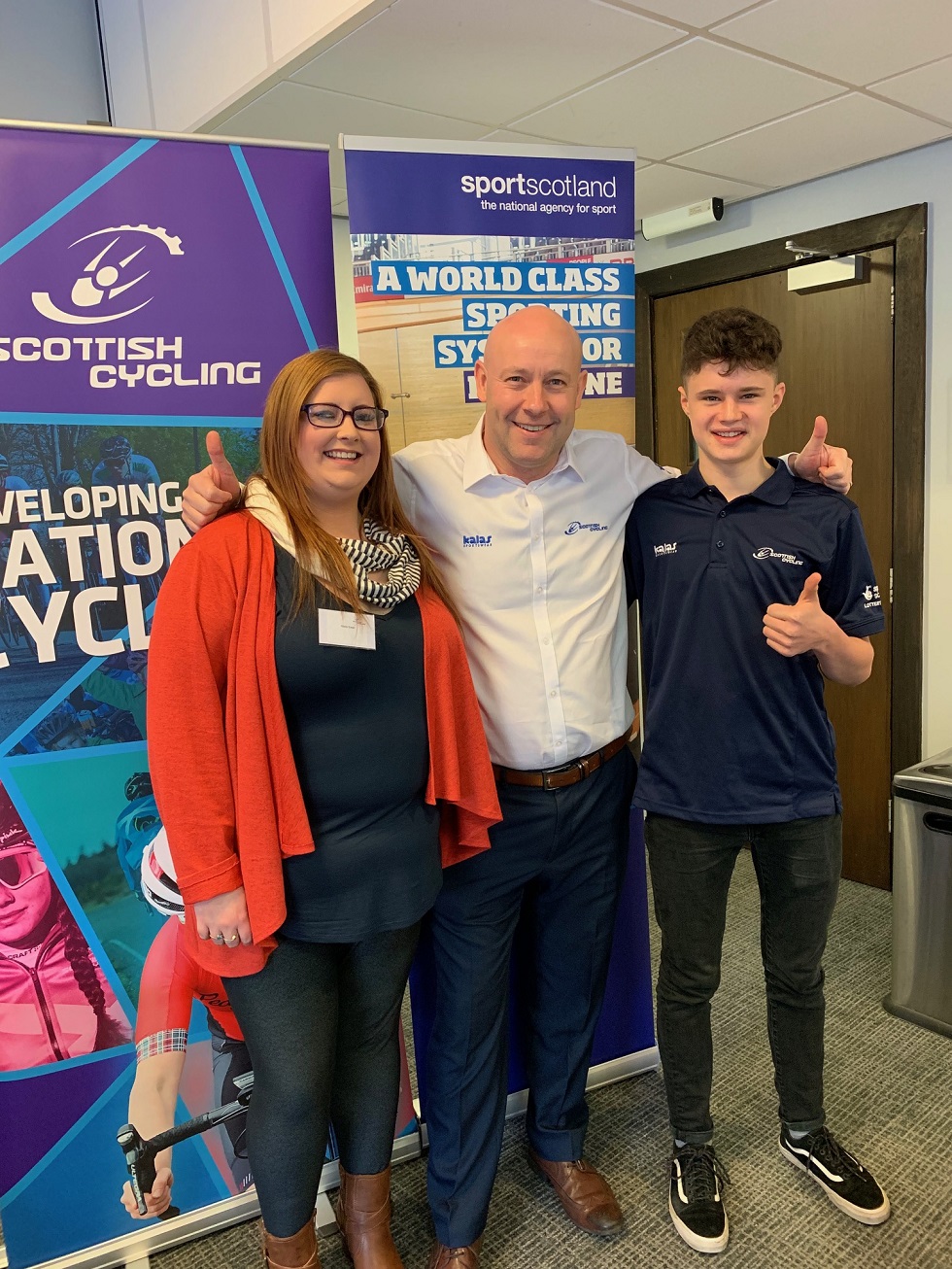