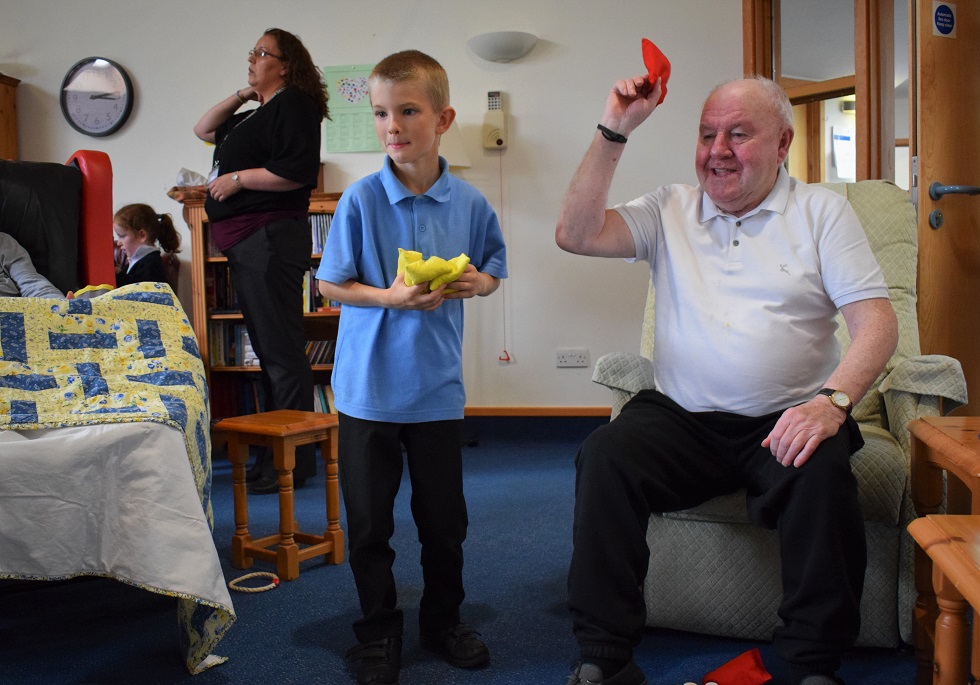 There’s a new generation game going on in the Hebridean islands of Uist and Barra – and it’s called armchair athletics.

The game brings school children and older people together to enjoy the benefits of sport, as explained by Kevin Morrison, community sport hub officer at Comhairle nan Eilean Siar.

He said: “Armchair athletics is an inter-generational project which focuses on young people from local schools delivering weekly games and physical activity to care home residents on the islands.

“It started in June 2018 as a result of funding support from sportscotland through the Go Live: Get Active fund. 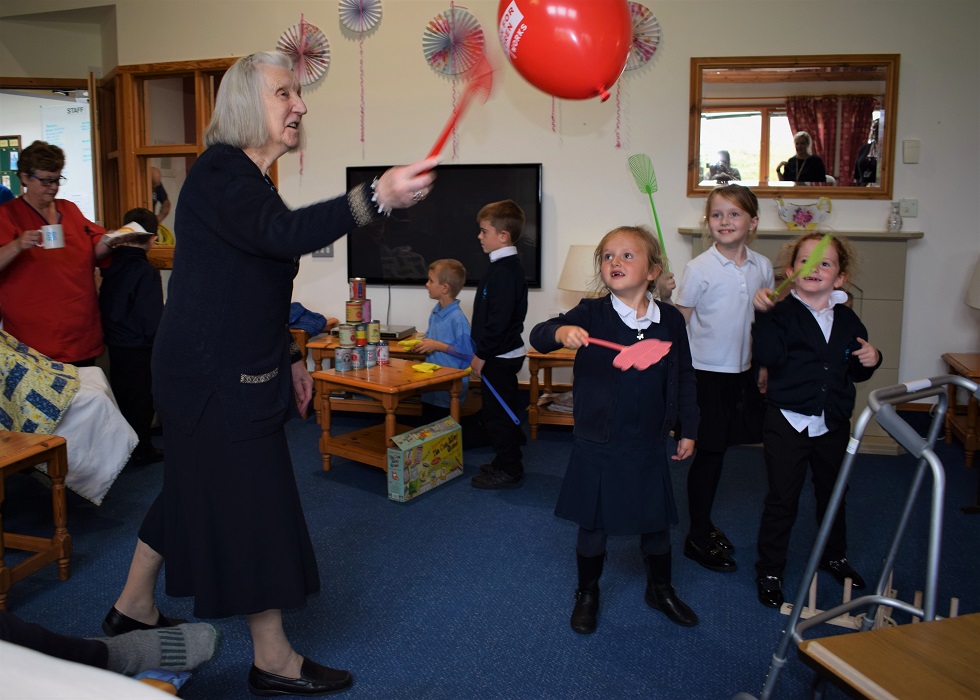 “Without the support and expertise of a number of groups, organisations and individuals, the project would have struggled to get off the ground. The support from sportscotland was the spark to get the project started a lot earlier than we otherwise would have been able to.”

Kevin is thrilled that residents and kids have embraced the scheme and believes both generations are benefiting. He said: “The impact has been massive for residents and children. The residents are visibly delighted when the children come to deliver the activities and care staff are amazed at the level of involvement some of the adults have in the games. 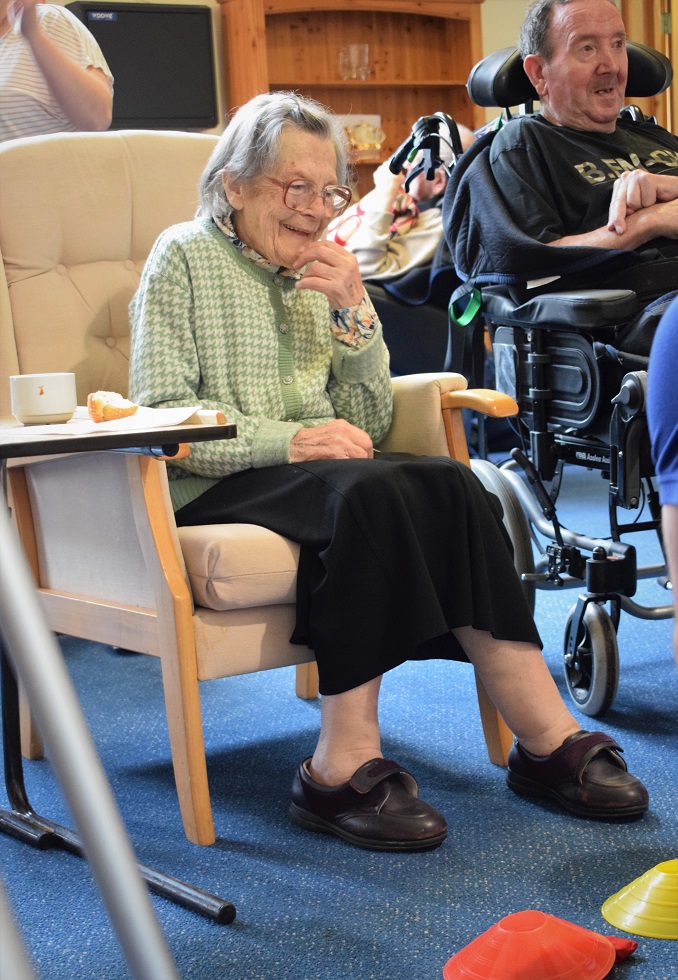 “A couple of times staff have pulled myself or teachers aside and commented that certain residents are usually dismissive of any games that staff try to run, but as soon as the kids arrive to deliver armchair athletics they can't get to the activity quickly enough.

“The physical and mental benefits are clear to see. Just being able to talk and play alongside the children has given the residents a higher quality of life as they build relationships and move more each week.

“The energy and joy the adults exhibit when the kids are in the care home is beyond belief, they come out of their shells and even those who refuse exercise regularly can't wait to spend time throwing, catching and playing with the children.”

Sport is embedded in the culture and ethos of two of the primary schools involved in the activity, Daliburgh and Balivanich, both of which have received a gold sportscotland School Sport Award.

Kevin went on: “The mental and physical stimulation is invaluable to creating a better quality of life for the residents.

“The schools have reported that pupils have come back to school energised and more productive after sessions and that some pupils have become more confident in communicating with adults and peers through experience of leading and interacting at armchair athletics.

“The most obvious gain for the pupils is leadership skills but a really fantastic positive has been the empathy and understanding they have gained interacting with a completely different generation. 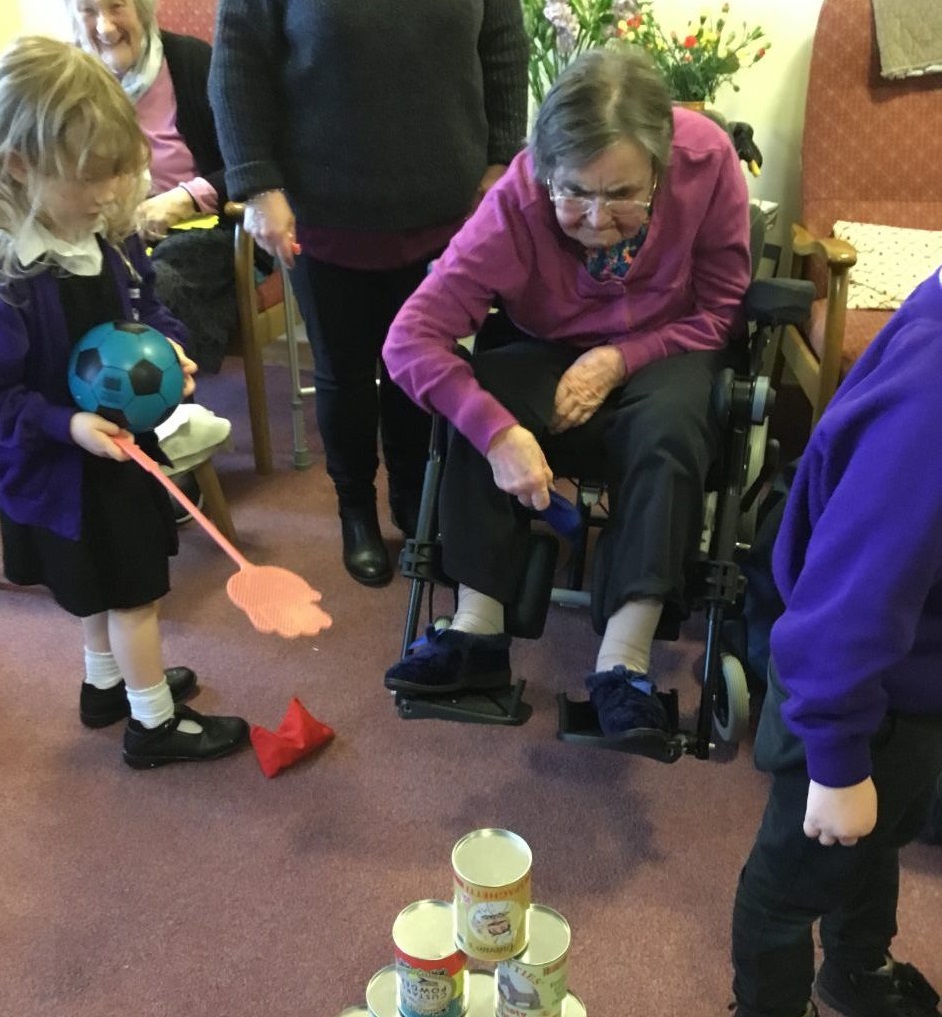 “Some youngsters have never had a grandparent or older relative living near them so it has been a gateway for them to understand older community members. One young girl has even 'adopted' a grandmother and has visited her outwith the project.”

Strong partnerships have been crucial to the success of the project, and two coaches from the local South Uist and Eriskay Amateur Athletics Club (SUEAAC) who have a Level 2 scottishathletics coaching qualification helped the activity get up and running.

Armchair athletics has been so successful that there are plans to roll it out elsewhere. Kevin said: “It is already running in our neighbouring island of Harris with plans to run multiple sessions on the Isle of Lewis. I have also been contacted by the biggest day centre in Inverness to discuss how they could run something similar for their attendees.”