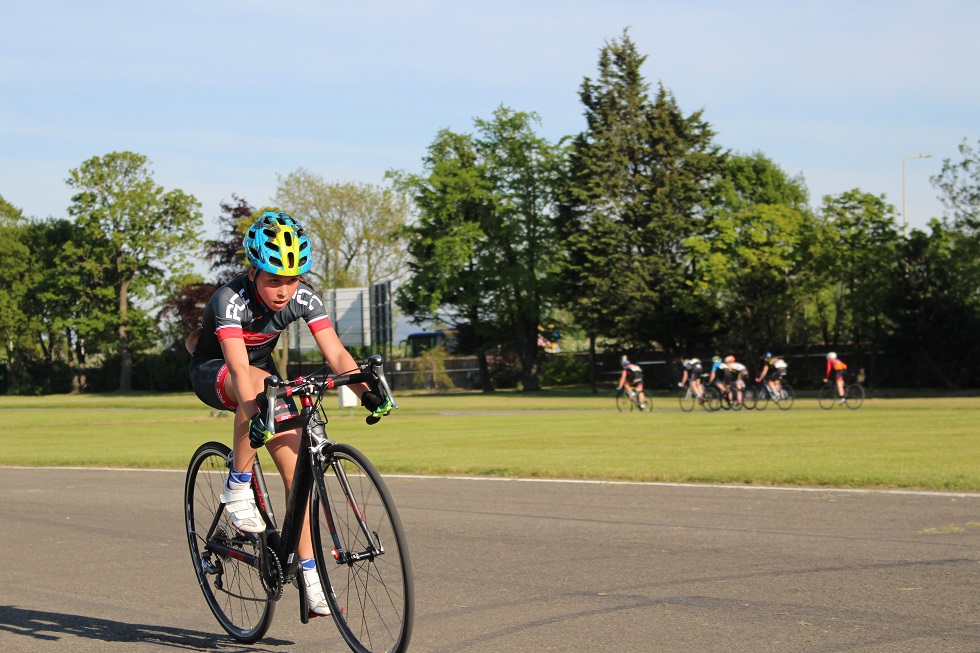 The Youth Tour of Scotland is one of Scottish Cycling’s flagship events and the biggest youth stage race in the UK.

For the sixth year in a row the event takes place in Perthshire from 7-10 April with almost 40 teams of riders coming from all over the UK, Ireland and Isle of Man.

Former winners include Great Britain Junior Academy rider Rhona Callander (Team Jadan-Weldtite) and 2017 British Scratch champion Joe Nally (Hardie-Bikes) who took the top positions in 2015. They, like Jenny Holl (Team Jadan-Weldtite) and Lewis Stewart (Glasgow Cycle Team), have since progressed with the support of Scottish Cycling through to the British Cycling performance pathway.

For a young cyclist, there can hardly be a better way to get to grips with the demands of a multi-day road race. So who are these development athletes and what level of commitment does it take to do the Youth Tour of Scotland?

Scottish Cycling caught up with the McGorum sisters to answer that question and discovered that this year's Tour is destined to be a true family affair.

Anna McGorum, 15, is preparing to take part in her third Youth Tour of Scotland while younger sister Elena, 14, is poised to make her Youth Tour debut. Their mother Isabel will also be taking on the role of team manager for the second time. 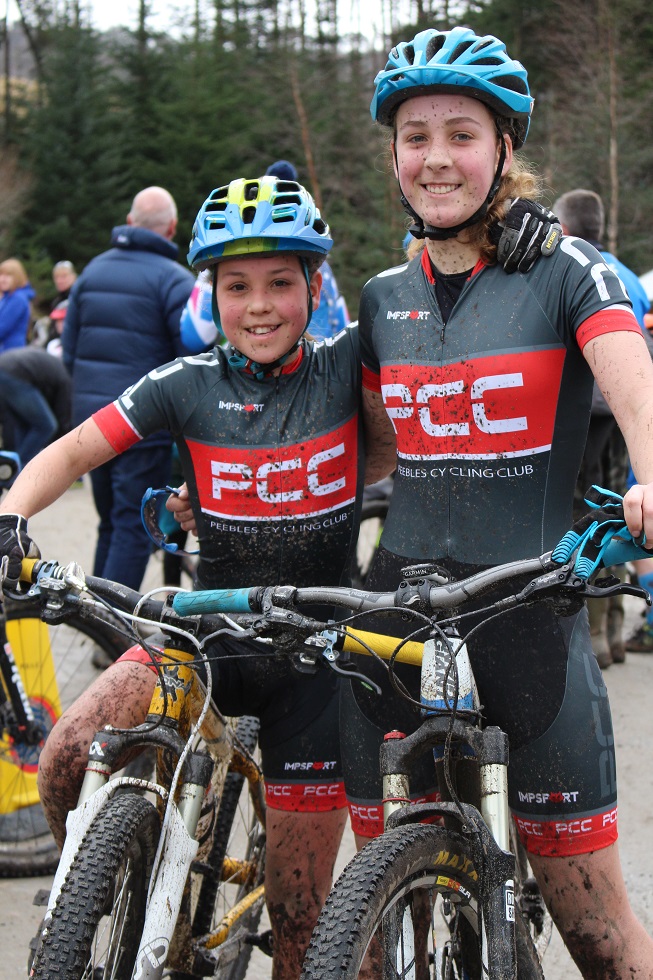 It goes without saying that they are an active family but it wasn’t until they moved to Peebles that they became captivated by biking, as Isobel explains.

“We were out walking and saw a kids' club out on their bikes. We immediately got Anna’s name on the waiting list and she started with Peebles Cycling Club [PCC] when she was six. From then on she started racing at local dirt crits [criterium races]. Mum and Dad love cycling but we definitely don’t race the same as the girls do.”

So how does an aspiring cyclist go from local dirt crits to a four-day stage race on the road?

“We visited the venue for the Youth Tour of Scotland, Strathallan School, and saw the older kids racing," Isabel explains. "It is brilliant, one of the only events where the teams stay together for the whole event.

"They eat together, sleep in the same accommodation, train together, and recover together.

"It is a real social event and a great experience for them.

"There is a buzz in the peloton at the Youth Tour of Scotland – those who get dropped always help each other no matter what team they are in.

"The riders get great feedback as well – there is a great mix of abilities and kids from all sorts of disciplines. My girls primarily do mountain biking and road racing is great preparation and training for them.”

Anna took part in the Youth Tour of Scotland for the first time in 2014, then again in 2015. After a year off she will be returning this year.

“I like racing in a team environment – there is much less pressure and it is much more fun – even in the preparation," she says. "It's less serious than if you were racing on your own.

"Having lots of different stages means that if you have a bad race, you can always pick yourself up and do okay in the end. It is important to ride as a team; you look out for each other, help each other and support one another. You also get to meet loads of new people.

"In 2015 I did my best, at one point I was even leading the Kermesse race on the last day. I was 7th overall which I was proud of – in a composite team it is often harder to do well because you haven’t ridden with them before. I was 14th after all the stages in 2015, out of around 80 or 90 girls. I aim for lots of top-10 finishes this year, and to enjoy it.” 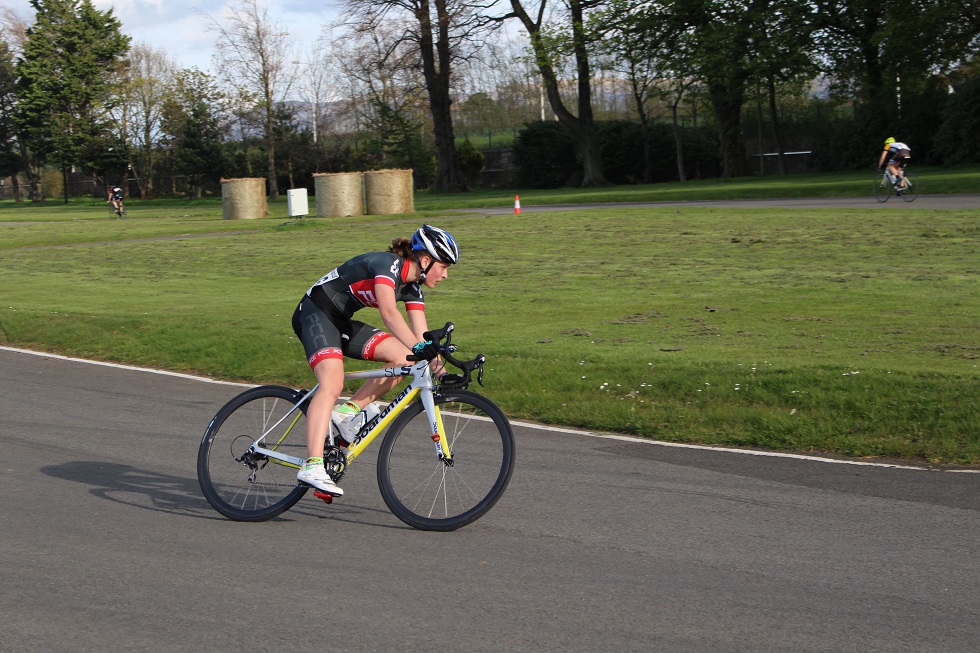 So what advice would Anna give to her younger sister before her first Youth Tour?

“My advice to Elena? It is very different to normal road racing; the English riders are also much pushier as they are used to bigger bunches than we are in Scotland," she says.

"The best advice I have ever been given in road racing is 'get up the front and try and stay there'!

"Try not to put yourself in a position where you are wasting energy catching up, which is much easier said than done.

"You should also go to bed early at Youth Tour of Scotland, around 9.30pm. Some riders are still running around at 11.30pm but those are the ones who are tired at the next stage. Oh, and eat properly.”

“Anna always tells me about race preparation," says 14-year-old Elena. "We have a kit list that we follow that tells us what to pack and we make sure to get enough sleep so we are less stressed on race day.

"We get up early, have breakfast, get changed and if we can practise the course we will do that too. I try to eat porridge and banana for breakfast even though I don’t like it that much – it is good for energy and racing.

"Anna looks out for me when we are competing in the same race, she is much stronger than me but that’s because she is older than me. 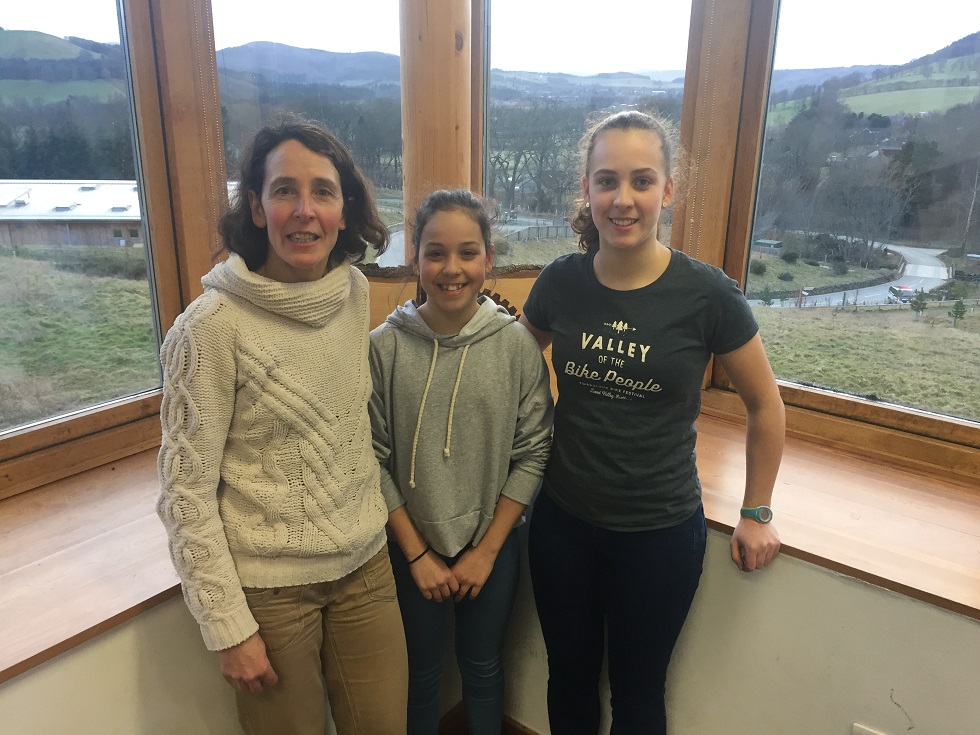 "I am just looking forward to the team aspect, I know the girls in my team so I am looking forward to spending time with them throughout the weekend. I remember how much Anna said she enjoyed it in previous years. Fitness and experience is more important for me this year than placings but it is only my first year.”

Isabel not only plays the role of mother of these two budding racers; she is also taking on duties specific to the Youth Tour.

“I took on the role of team manager in Anna’s second year to help PCC who were struggling to get a team together – I enjoyed it so offered up my service again this year," she explains.

"The job is to make sure that the teams are in the right place at the right time. However, we are really there for moral support.

"One year a girl crashed and we were there to pick her up and get her okay enough to ride again. You have to give a lot of support and encouragement ... it can be tough.

"I am pretty competitive myself, but I am lucky that the girls are already good at pushing themselves and always strive to do their best so I can get away with not being a pushy parent!

"All I hope is that they enjoy the experience and come back happy and positive – it will improve their fitness too.”

Anna and Elena have persevered with cycling during their teens, an age when the drop-off rate of female athletes can be high. They have no shortage of ideas about how to keep girls riding their bikes.

“Not many girls cycled when I was young, now there are a lot more so we just need to keep them in the sport," says Anna. "I think maybe schools should do more mountain biking trips, get some bikes and just take people our riding during PE.

"It tends to be only racers that stay in the sport, which is why I am the only one in my year who still rides. I have to go out with the boys – which means I get stronger – but it would be nice to get some more girls out too.”

Learn more about the Youth Tour of Scotland.