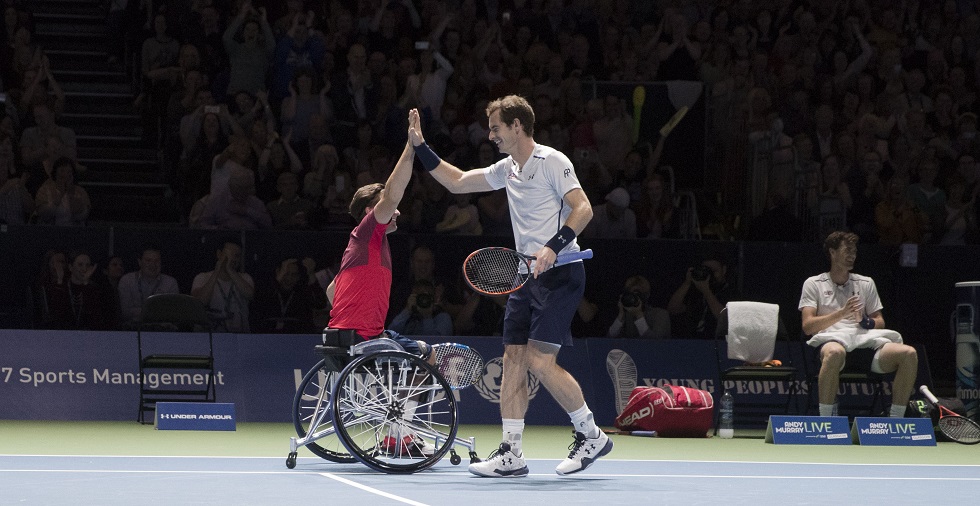 As if 2016 hadn't already given enough, tennis in Scotland has yet another reason to celebrate this Christmas.

Not one but three Scottish players top the world rankings and Andy Murray has just been named BBC Sports Personality of the Year for an unprecedented third time, following his fifth success at the Sunday Mail and sportscotland Scottish Sports Awards.

Now a ground-breaking £15 million ‎joint-funding agreement has been reached between the Lawn Tennis Association (LTA) and sportscotland, in partnership with Tennis Scotland, to capitalise on the success of Andy, his brother Jamie and wheelchair tennis superstar Gordon Reid. The £7.5 million sportscotland contribution comes from National Lottery funding. 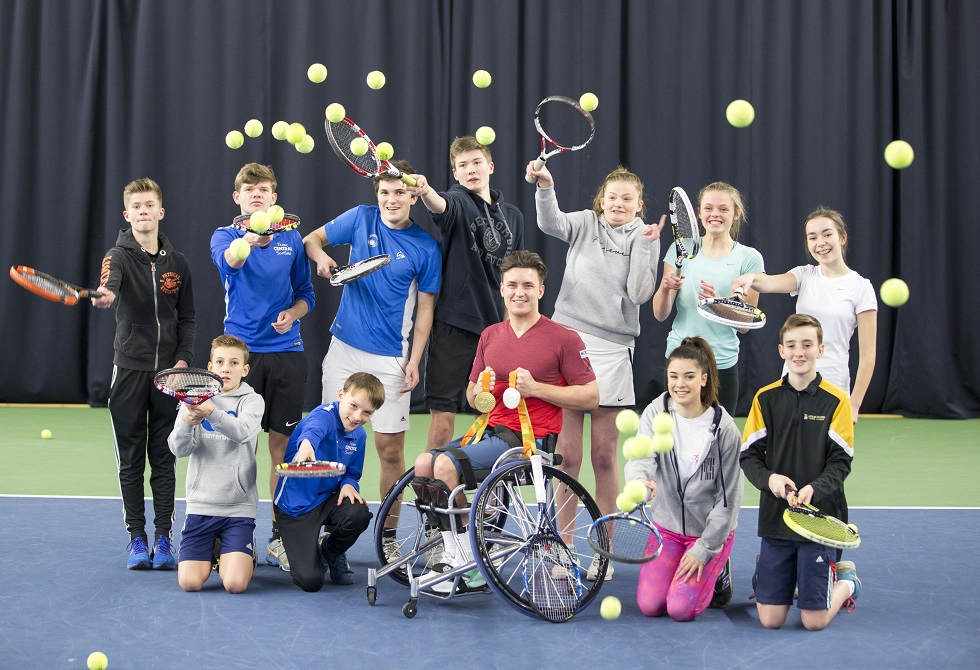 Starting in 2017, the ambition is to transform tennis in Scotland by doubling the number of covered courts from 112 to 225 over the next five to ten years to significantly increase participation.

World number one, Paralympic and Wimbledon champion Gordon Reid was joined by school children on the indoor courts at the National Tennis Centre at the University of Stirling to announce the exciting news.

LTA chief executive Michael Downey said: “2016 has been an historic year for British Tennis with success across the board, reaching the Davis Cup semi-finals as reigning champions, Jo Konta finishing in the world’s top 10, Kyle Edmund breaking the top 40 and Heather Watson winning mixed doubles at Wimbledon.

"Jamie became the first British man to rank at No.1 on the ATP computer and the first in more than 100 years to win two major titles in the same year. Andy retained his Olympic gold medal, won his second Wimbledon singles title and finished the year in style winning the ATP World Tour Finals, and ending the year ranked No.1 in the world.

“Therefore the time is right to seize the moment and capitalise on the Andy and Jamie Murray effect.

"We must create a lasting legacy with a purpose-built plan for Scotland. 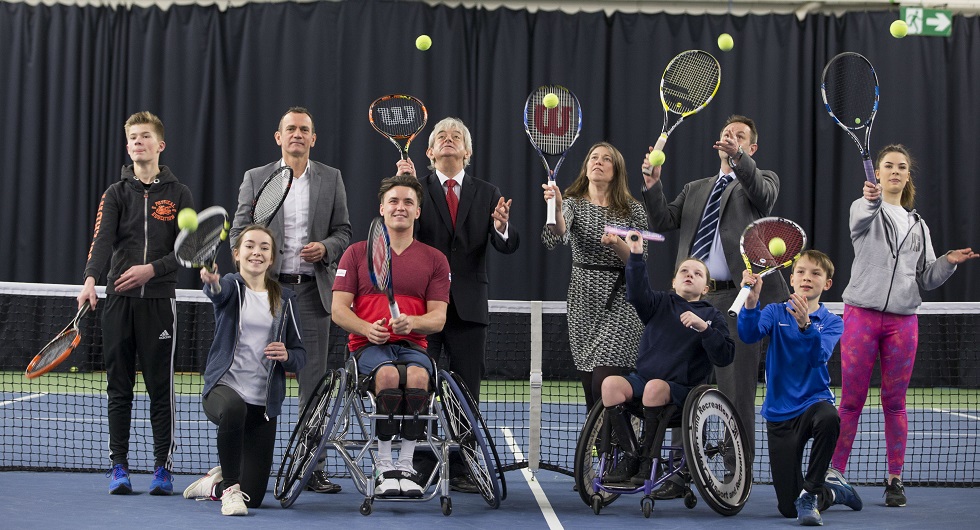 "Importantly this unprecedented investment will make tennis more accessible in the years to come, bringing certainty of play to a climate that sees on average 200 days rain a year and in a country that is under-resourced versus the rest of Britain and other European nations when it comes to the number of covered tennis courts per capita.”

Mel Young, Chair of sportscotland, said: “This is terrific news which represents a great opportunity to further develop tennis in Scotland, and we are delighted to be working with the LTA to deliver this £15 million investment in facilities.

"The £7.5 million sportscotland contribution from our National Lottery investment stream and the LTA’s £7.5 million will have a transformational impact on Scottish tennis.

“It is tremendous that in Gordon, Andy, and Jamie we have three Scottish world number ones, and it is the ideal moment to capitalise on the sport’s popularity by helping to achieve further growth in this country.

"The strategic partnership between sportscotland, the LTA, and Tennis Scotland, coupled with this significant investment in indoor courts, will deliver substantial benefits for tennis in Scotland.

"It is our belief that, collectively, this announcement and partnership will provide more and better opportunities for people to play and progress, in terms of improving facilities as well as increasing the accessibility and reach of tennis across our society. ”

An appropriate and ambitious legacy

Blane Dodds, Chairman of Tennis Scotland, added: “We look forward to providing the on-the-ground support to ensure this breakthrough level of funding comes to life for tennis in Scotland. 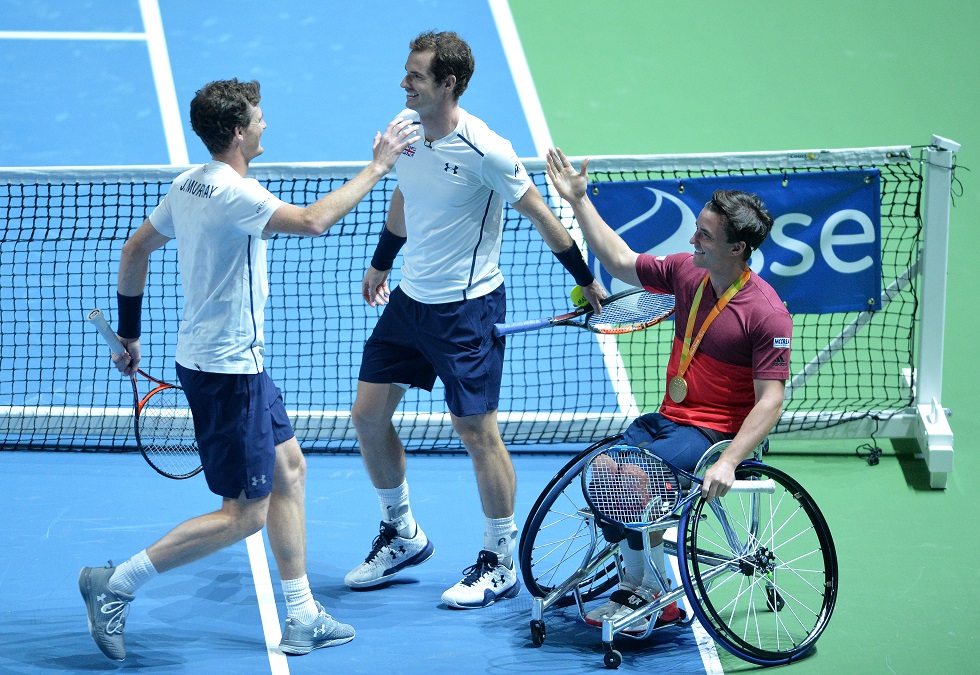 "It will all start with a robust plan, developed in partnership with sportscotland and the LTA. This level of investment may come once in a lifetime so it must be maximised throughout Scotland.

"This is what we all have been working towards to deliver an appropriate and ambitious legacy so the whole country benefits from the performances of our three World No.1s: Gordon Reid, Jamie Murray and Andy Murray.”

Helping to create stars of the future

“We want to see more people playing tennis and having access to top-quality facilities to get fit, try something new, and have fun. This money is all about making sure the right facilities are there to help people get more active, as well as helping to create the tennis stars of the future.”

The full application plan for community-led bids will be established by April 2017. 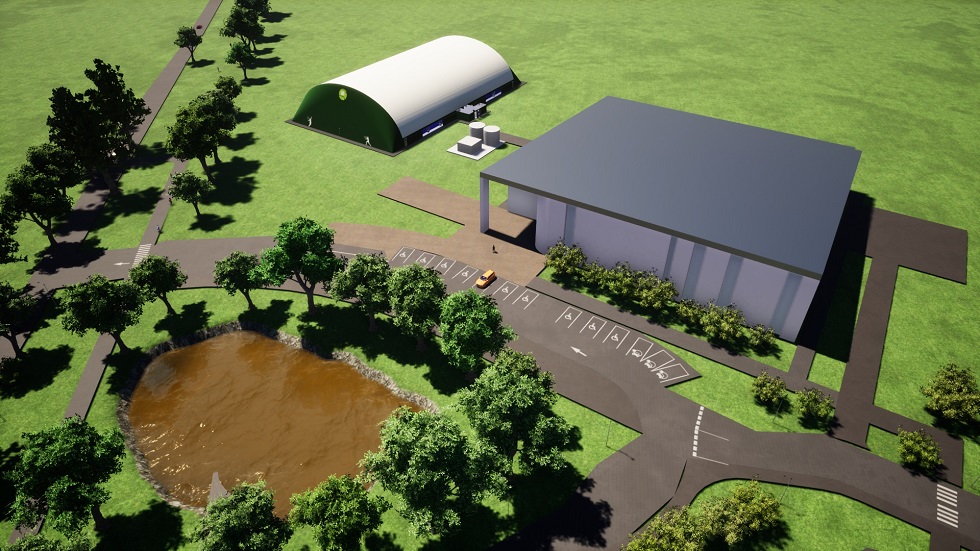 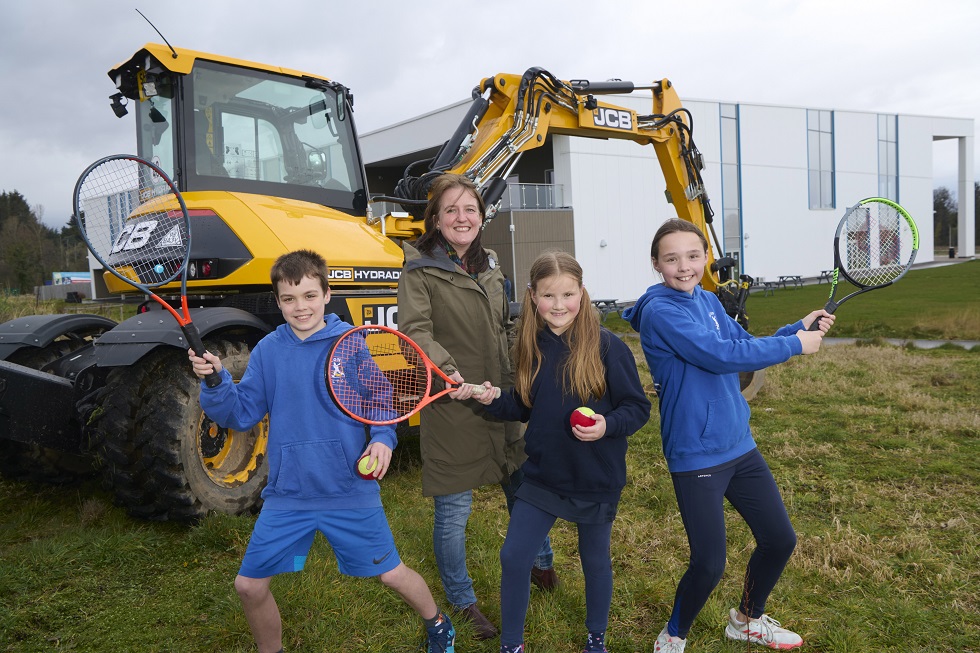