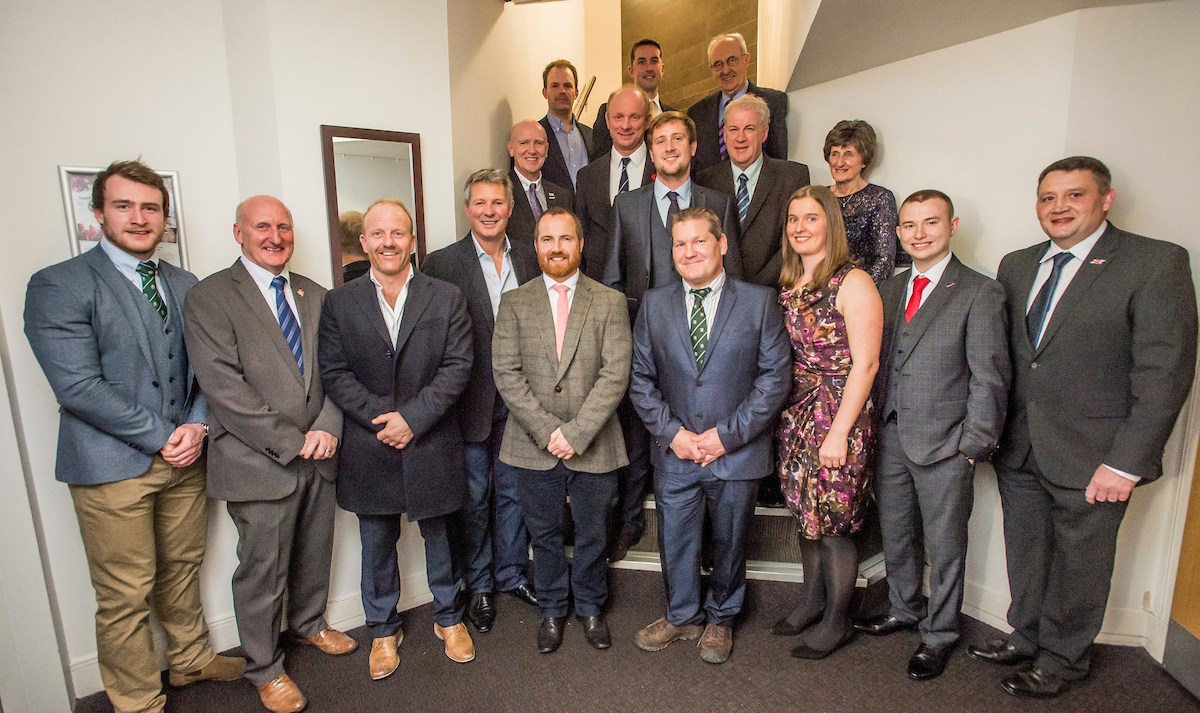 The sportscotland Coaching, Officiating and Volunteering Awards are a celebration of outstanding individuals from across the sporting system.

Our 2017 award winners range from young volunteers supporting our grassroots clubs to high performance coaches with athletes achieving success on the world stage, but they all have one thing in common – they are helping to get people involved in sport and to stay in sport.

This year, there were over 340 nominations from across 42 sports and 31 local authorities. Find out more about the winners of our 13 categories below.

Brandon is 16 and from Calton in Glasgow. He spends hours of every week volunteering with children’s charity PEEK (Possibilities for Each and Every Kid), helping young people in some of the most disadvantaged areas of Glasgow find success through sport.

Jonny coaches at Rutherglen Lawn Tennis Club, and works with players at all levels, from grassroots to performance. He has coached local young players to multiple national titles and onto national squads, while also working to grow the club’s disability programme and schools outreach programme.

Miki Lee’s focus is on young people enjoying their first experience of rowing and building their confidence. He ensures that rowing is accessible for beginners, establishing a new venue suitable for less experienced rowers, and developing a programme for young people which targets SIMD areas and has clear links to clubs.

Kevin is co-founder and head coach of Blantyre Soccer Academy, where more than 430 local children now participate in football. He has helped to introduce disability teams, girls’ teams and an over-35 amateur squad. The club has strong links with local community groups, working together to create sporting opportunities in the town.

Adrienne delivers and facilitates coaching workshops across Scotland, engaging a variety of organisations including clubs, schools and charities. In the past year alone, Adrienne has worked with almost 2,000 people, supporting the development of coaches, tutors, mentors and volunteers and empowering them to deliver sporting opportunities to others.

Phil is the head coach at Heart of Midlothian ASC, as well as lead coach with Scottish Swimming’s national programme and head coach with the district regional programme. Phil works tirelessly to develop the next generation of performance swimmers, and most recently was head coach for Team Scotland’s swimmers at the Commonwealth Youth Games.

Ian has committed over half of his life to supporting the progression of athletes with a disability, having founded the Red Star Athletics Club in 1990. Ian coaches world record-holder and double world champion, Sammi Kinghorn, who is one of the club’s many success stories.

Rob began his officiating career as a parent helper at Law & District AAC in Wishaw in 2006, before working through the official grades to now officiate at major events across the country. This summer, Rob was selected to perform the role of chief umpire at London 2017 for both the World Athletic Championships and Para-Athletic Championships.

John is recognised for his commitment and dedication to volunteering through his local shinty organisation, Kingussie Camanachd Club. John has been the driving force behind the club’s recent expansion project, which he hopes will benefit the whole community, along with the club’s men#s, ladies, youth and secondary teams.

In her 40 years of volunteering, Kirsty has inspired hundreds of others to get involved in curling. Among other programmes, she runs taster sessions for local primary school pupils, with 269 youngsters participating last season. Kirsty also helped to establish the World Senior Curling Championships in 2000, and set up the Glynhill Ladies Curling International event, which attracts world class teams to compete in Scotland.

Robert has more than 30 years of experience as a coach and has led national teams to numerous gold medals at World Championships and Commonwealth Games. As head coach for disability bowls, Robert has worked to develop the sport and to improve the quality and quantity of coaches involved. He was also part of the coaching team at the 2015 World Championships, which saw Scotland come second in the medal table with six gold medals and four bronze.

These coaches are recognised for their involvement throughout the career of Stuart Hogg, who has 53 caps for Scotland and was named RBS 6 Nations Player of the Championship in 2016 and 2017, as well as being selected for the British & Irish Lions 2013 and 2017 tours. Watch some of Stuart's career highlights below:

Visit our website to find out more about the Coaching, Officiating and Volunteering Awards. 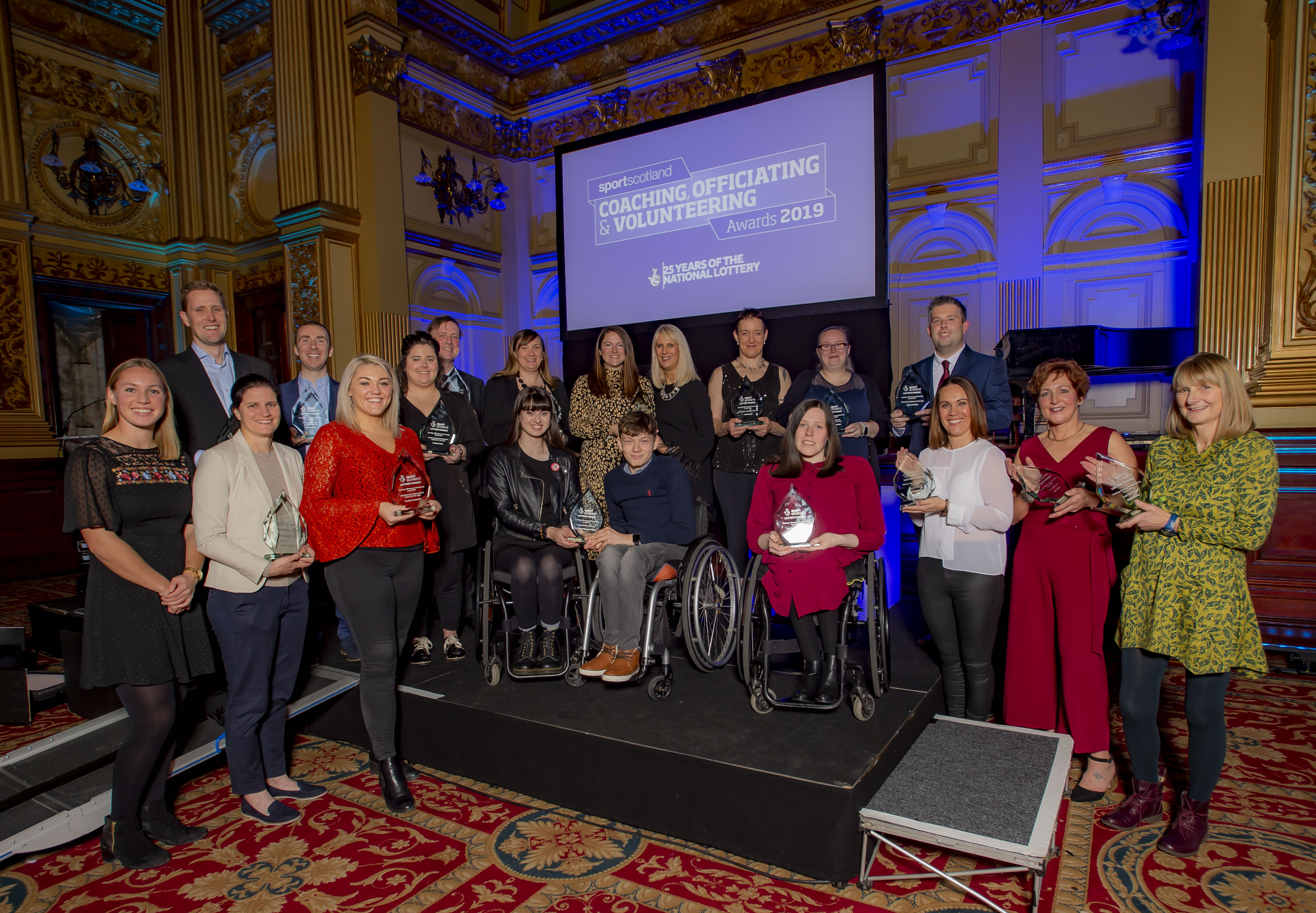 Meet the winners of the 2019 Coaching, Officiating & Volunteering Awards