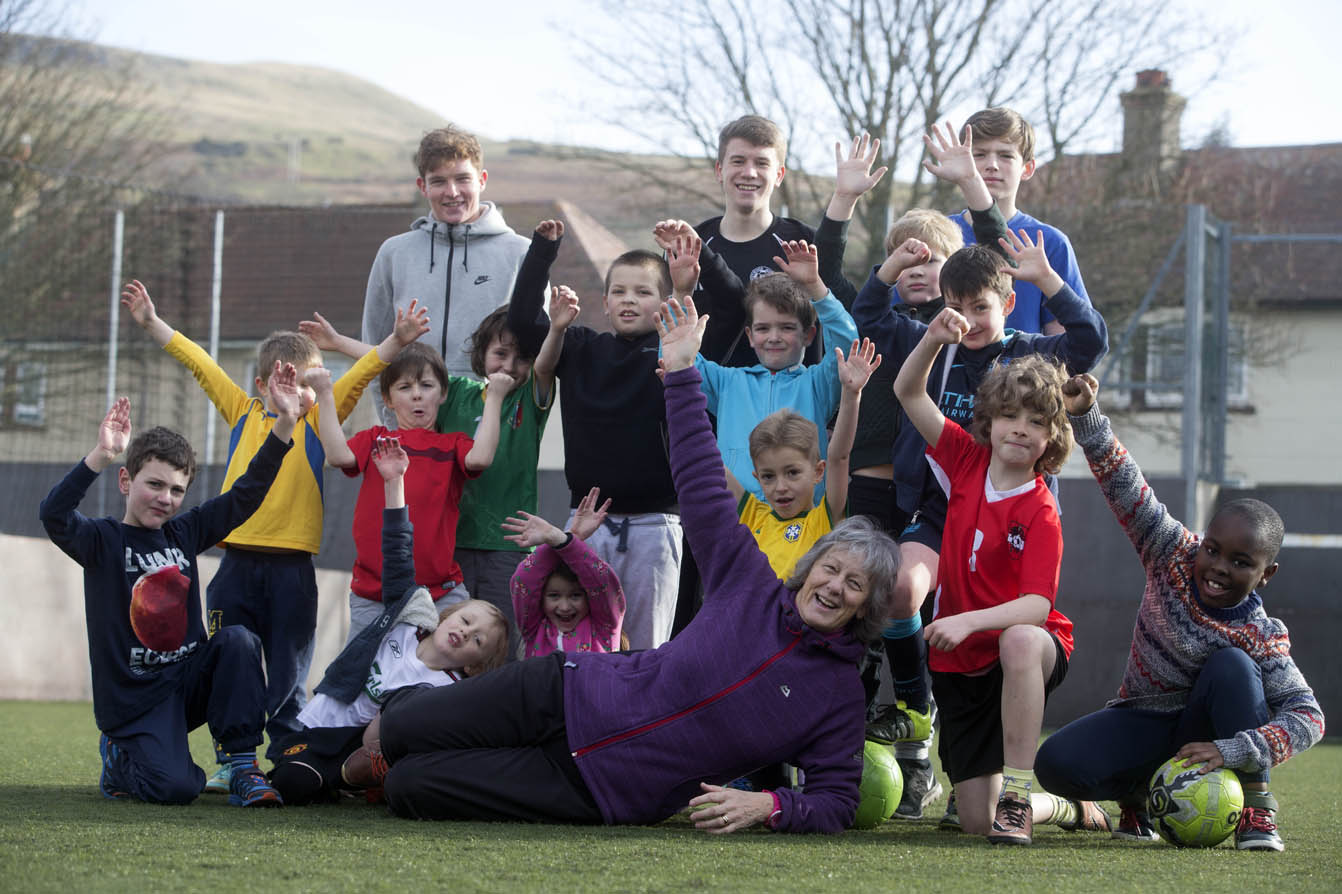 The mission of sportscotland is to build a world class sporting system for everyone in scotland. The organisation’s corporate plan explains that working together with a range of people and partners underpins this mission. Catherine Garrett, an Active Schools coordinator from North Ayrshire, tells us how she’s helping to #raisethebar

Catherine Garrett has been involved in the sporting system for 30 years. In that time she has enjoyed a number of roles and has helped scores of young people in North Ayrshire. She also carried the Queen’s Baton through Largs ahead of the 2014 Commonwealth Games in Glasgow.

“Active Schools is a partnership programme whose success is entirely dependent upon the ability to engage with others.

“I’ve been lucky enough to be involved with the Largs Community Sports and Leisure Club at Largs Academy for a number of years. In 2006 it transferred to community ownership and, since then, it’s continued to grow in size and stature, with a current membership of 165. 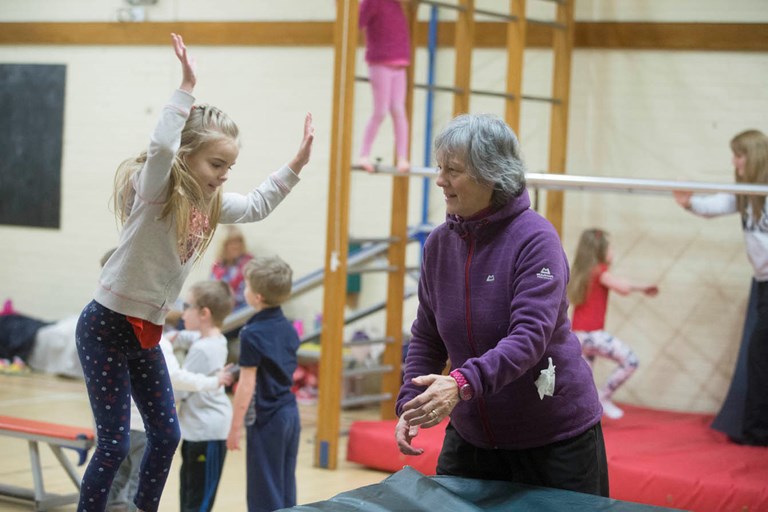 “The coaching team at the club is drawn almost entirely from current or former Largs Academy pupils, and it’s been a real privilege to watch them mature and grow in confidence over the years.

“As an independent club, it regularly attracts funding for projects such as sailing tuition at Largs Sailing Club and subsidised places with the Ocean Youth Trust. It also enjoys links with a wide variety of other local sports clubs including tennis, rugby, handball, bowling, fencing and athletics.

“One of the highlights of my career was when Largs Academy was awarded the sportscotland Gold School Sport Award in June 2015. It was a fitting reward for the invaluable partnership we have between the PE department, the Active Schools team and the School Sport Committee.

“The committee itself came about through the application process for the award and has been a huge help in bringing everyone round the table to plan together. In addition, I was delighted that the school was also awarded the North Ayrshire School of Sport in October 2015.” 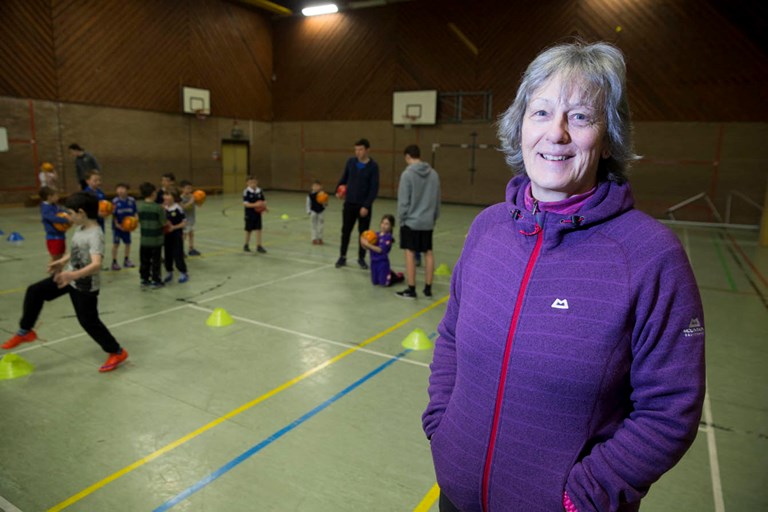 ‘The change in his outlook was remarkable’

“The school environment can offer so many positive experiences for pupils who take part in sport. I remember one secondary pupil who was struggling with his studies and had behavioural issues with things like truancy. But he also had a clear passion for football, so we arranged for him to attend an SFA Introductory Coaching Programme and take part in the North Ayrshire Active Schools Leadership Award.

“The change in his outlook was remarkable, and he was soon coaching after-school football in a local primary school. I’m delighted to say that he’s now studying social care, with a particular focus on additional support needs. He’s also the lead coach at the community sports club for children with disabilities.

“Young people now have a wide range of opportunities to develop within sport through programmes like Young Sports Leaders and Young Ambassadors, both of which are integral to the curriculum at Largs Academy. 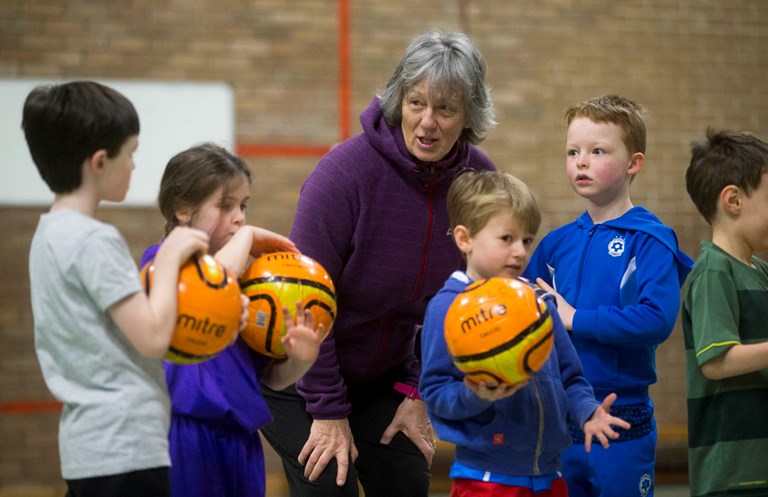 “I remember one former pupil in particular who attended the community sport club as a primary school pupil, then continued through secondary education and eventually became a young leader at the club. This pupil then registered on the Young Ambassadors programme, became a Platinum Ambassador and — as part of the sportscotland Young Ambassadors Conference Team — was soon responsible for leading workshops and seminars at the National Conferences.”

“Whatever the level, I take great pride in seeing progression in sport and the reward and satisfaction that comes with it.

“Back in 2011, I arranged for a visually impaired pupil to attend a Scottish Disability Sport Talent ID Event, where he tried out judo, boccia and swimming. He showed real potential when he got in the pool and before long he was training with the Scottish Paralympic team. He went onto compete at the Sainsbury’s UK School Games in 2015 and won the Spirit of the Games award, from over 1,600 young athletes.

“He’s now moved on to cycling, trains with the Scottish Performance Tandem Cycling squad and hopes to represent Scotland at the 2018 Commonwealth Games. 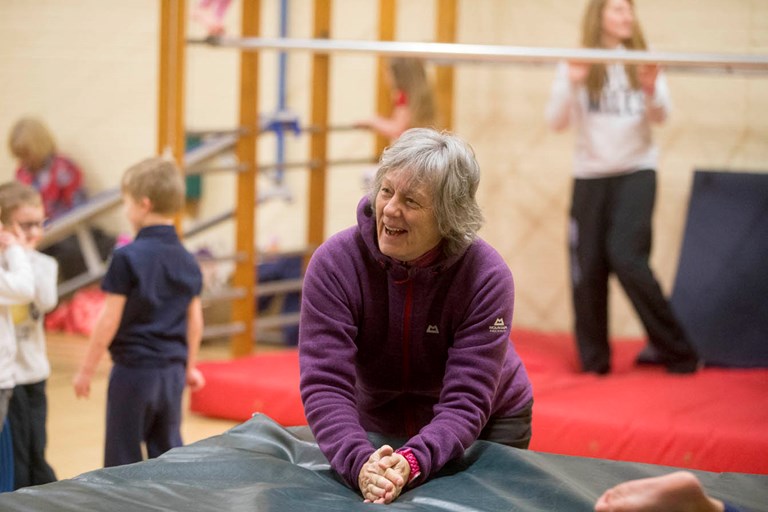 “Everyone should have the opportunity to develop and achieve in sport – and I’ve been extremely lucky in this area. As a sportsperson myself, I represented Scotland at badminton in my 20s, and more recently, in 2010, competed in the British Ladies Senior Golf. 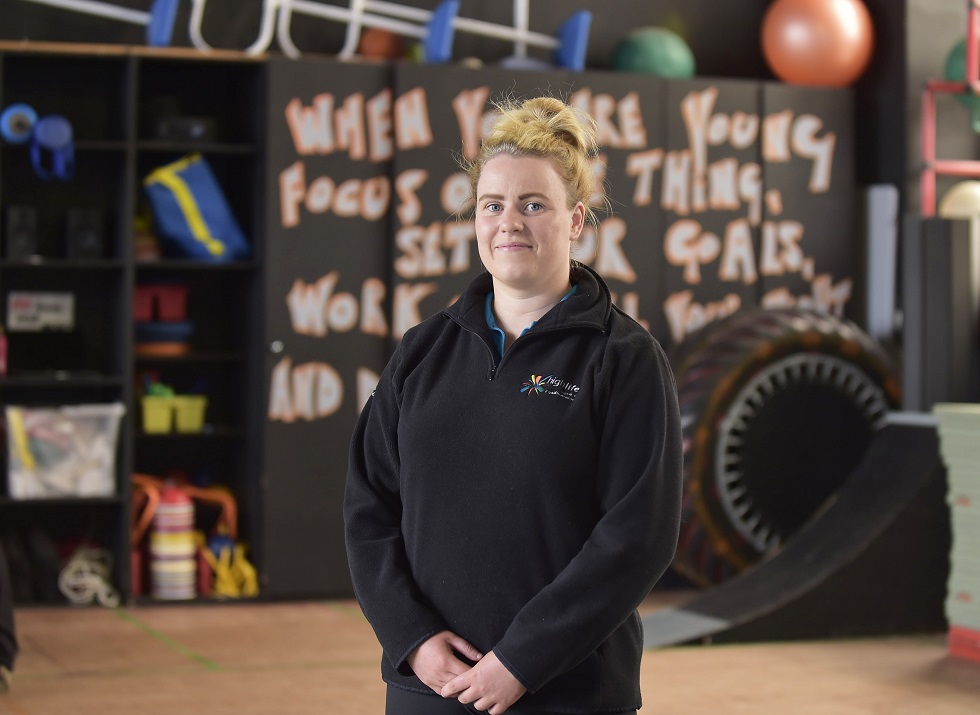 Rebecca Maclean is passing her judo skills onto the next generation