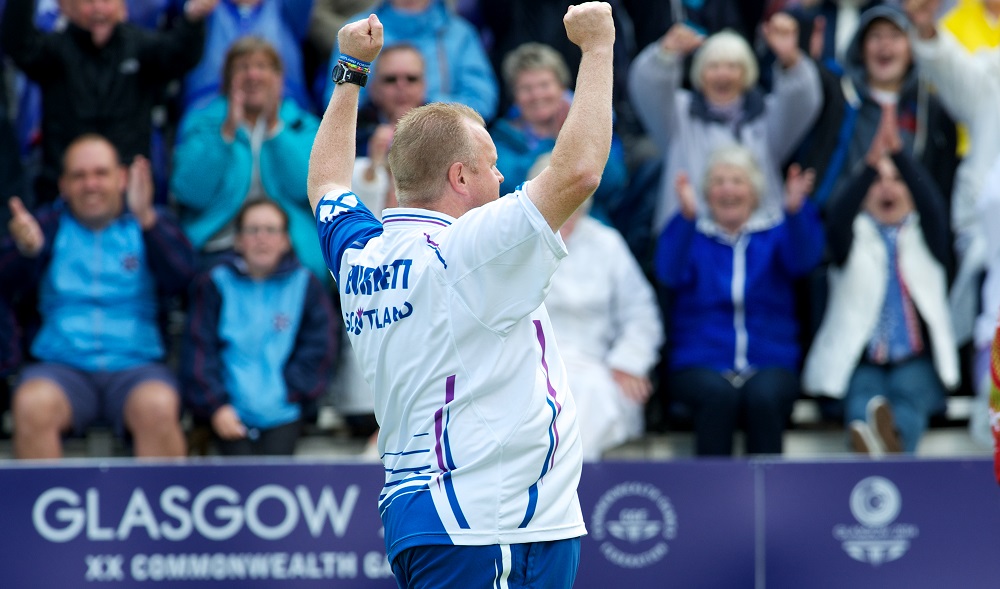 From Commonwealth gold medals to protecting his community, bowler Darren Burnett is nothing short of a local hero in his hometown of Arbroath.

His love of bowls came from his parents, who introduced him to the sport at the age of eight. Little did he know that a career spanning five Commonwealth Games and two gold medals lay ahead of him.

Managing his sporting career on the world stage alongside a full-time job as a community police officer, a young family and wife who is also in the police force means there is never a quiet moment!

Now he is keen to inspire the next generation of promising athletes from his community.

From grassroots to Commonwealth golds 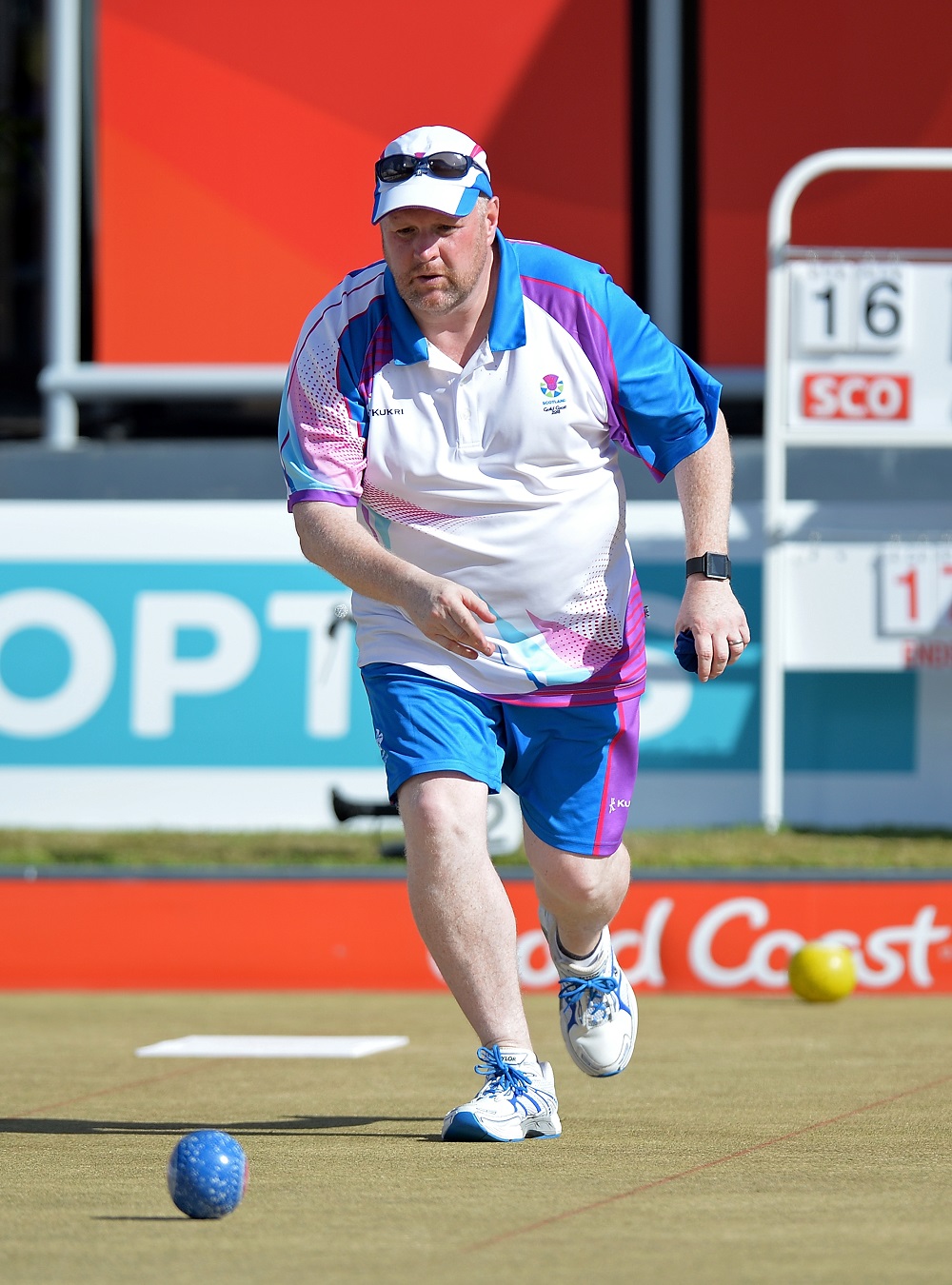 Growing up, Darren was a member of Lochlands Bowling Club until he moved to Arbroath Bowling Club in 2014 and helped them win the Scottish national top 10 in 2018 – a first for a club in Angus.

He still remembers vividly walking into the City of Manchester Stadium, now Etihad Stadium, in 2002 at his first Commonwealth Games, which he recalls as one of the most surreal experiences of his life.

Darren says: “Walking out into the stadium during the opening ceremony was incredible. The noise and atmosphere was something I had never experienced before.”

It wasn’t until Glasgow 2014 that he finally struck gold in the men’s singles, but he followed that up with a second gold as part of the men's triples at the Gold Coast 2018 Commonwealth Games alongside Ronnie Duncan and Derek Oliver.

Having spent the past seven years as a community police officer in Arbroath and 18 years prior to that as part of the response unit in Dundee, Darren has become a well-known figure in the local area and he puts it down to his medal-winning success.

"It has been a positive for me in my job as it has helped me to gain respect and get noticed around the town. People see a different side to me and not just the person in the uniform.

"They appreciate the effort and commitment I have put into winning and that makes me feel like I have done the town proud.”

Darren has begun to use his achievements to make others aware of the benefits of sport.

“I try to use sport as a diversionary tactic to move people away from antisocial behaviour and signpost them to one of the local sport clubs.

"Sport is a great way of giving people a sense of belonging and help them to build a good team ethos. I firmly believe that sport can help drive young people to achieve something instead of being out on the streets.” 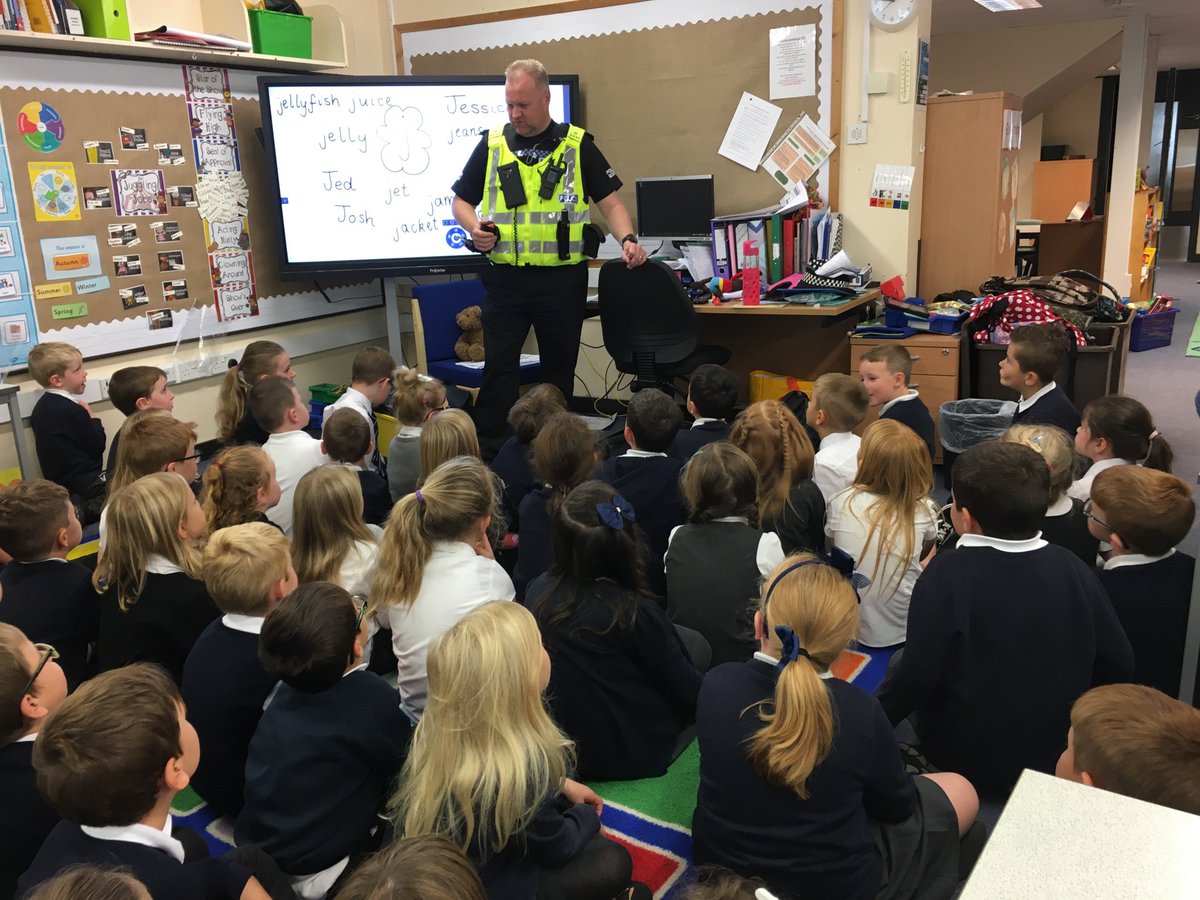 “I am also invited into the local schools to talk through important issues such as social media, drugs and alcohol, as well as inspire the pupils with my medals and show that local people can be successful. The children seem to love wearing my medal around their neck alongside my police hat!”

His success can be partly attributed to the support from his colleagues and management who assist Darren with getting the time off he needs to represent his country.

Darren has been working closely with local bowling clubs and Scott Nicoll, the community sport hub officer for ANGUSalive, to inspire more younger people to take up bowls. He regularly attends hub events and helps at junior training sessions, either coaching or giving a talk on his career.

Darren says: “Sport has been good to me, so it’s nice to give something back. You never know, hopefully the next Commonwealth Games champion could be among them.”

Scott Nicoll praised Darren’s presence in the community, saying: “The local bowling clubs have a thriving junior section and that is partly down to Darren’s help and commitment. Abbey BC have over 50 junior members participating every week, many of whom have carried on after the schools bowls programme.

"Darren has been great in giving bowls in the area the profile it deserves and his dedication in helping others is clear to see. He attends various sessions and inspires many of the children."

Looking to the future

With the next Commonwealth Games in Birmingham in 2022, Darren is looking at potentially ending his career in the colours of Team Scotland. At 43, he still has many years of playing ahead of him but the expense of playing at such a high level can take its toll.

He says: “There isn’t much more I can do in my career, but it would be fitting to finish my career in front of my family and friends on home soil in Birmingham. With more and more players turning professional, the quality in the competition is getting better and better. Hopefully I am still playing at that level come Games time so I can represent Scotland one last time.” 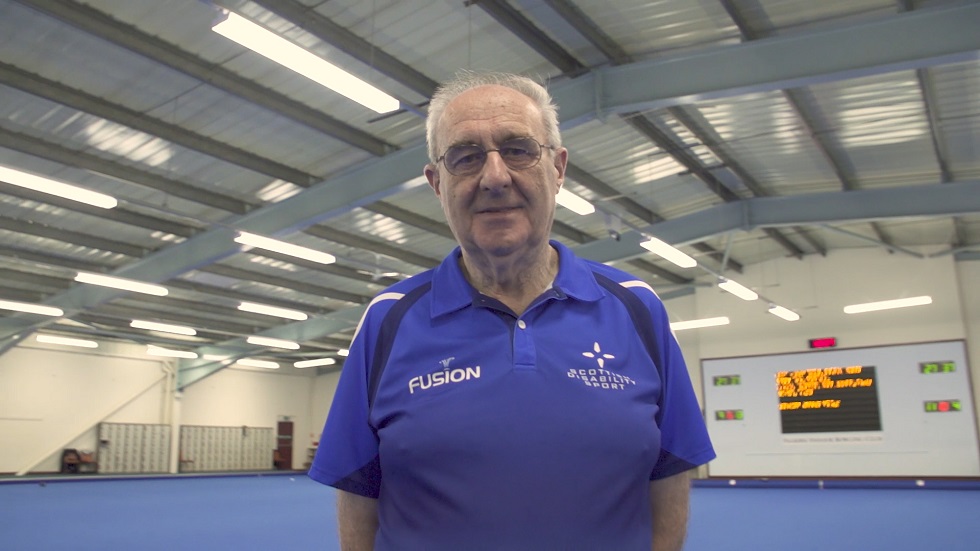