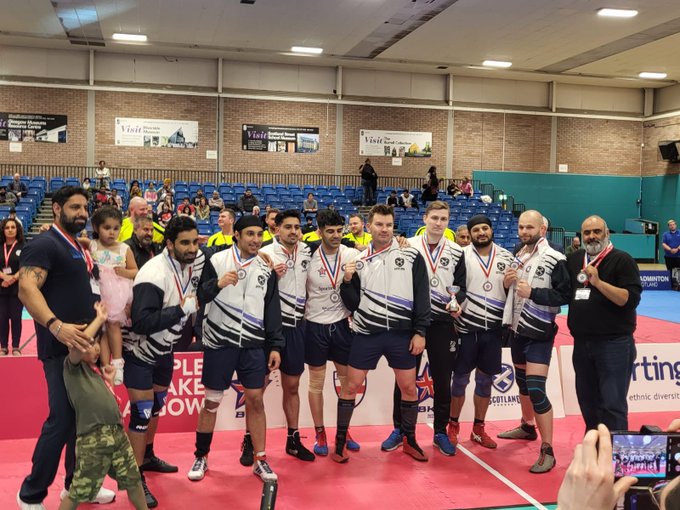 The Edinburgh Eagles and Glasgow Unicorns, both sponsored by sportscotland, were part of the eight-team league, taking on teams from Birmingham, Manchester, London, Wolverhampton, Walsall and Leicester.

The Glasgow Unicorns finished as runners-up while Edinburgh finished seventh. The Birmingham Bulls defeated Glasgow 48-18 in the final to be crowned the champions of the British Kabaddi League 2022, the inaugural edition of the event.

The tournament is inspired by India’s Pro Kabaddi League, it started on 8 April with matches played at various venues across the UK.

Glasgow Unicorns were up against it in the final after already taking to the mat on the same day tp defeat the London Lions 33-31 in a closely fought semi-final.

Glasgow had finished third in the league stage of the event, one place ahead of the Bulls who were fourth before the knockout stages.

The Bulls controlled the final from the start. England captain Someshwar Kalia and Felix Li controlled the defence while Vinay Gupta took care of the raiding department.

The Bulls, who had previously defeated Wolverhampton Wolfpack 42-41 in a playoff contest, used George Wellington successfully for almost every raid in the final.

Amo Singh, co-owner of Birmingham Bulls, said: "We worked so hard to get past Manchester in the semis and I'm really pleased the players kept the momentum going in the final against Glasgow.

"We'll be even stronger next year when it comes to defending our title. It's been a brilliant tournament."

Prem Singh, British Kabaddi League Chief Executive, said about the competition: “We're getting calls from Australia, India, all over the world, asking if we are releasing more teams for next year.

"We wanted to use the sport for community engagement and to celebrate the diversity of South Asian sporting culture.

"Now it's developing a momentum of its own and we've been humbled by the response.”

About the British Kabaddi League