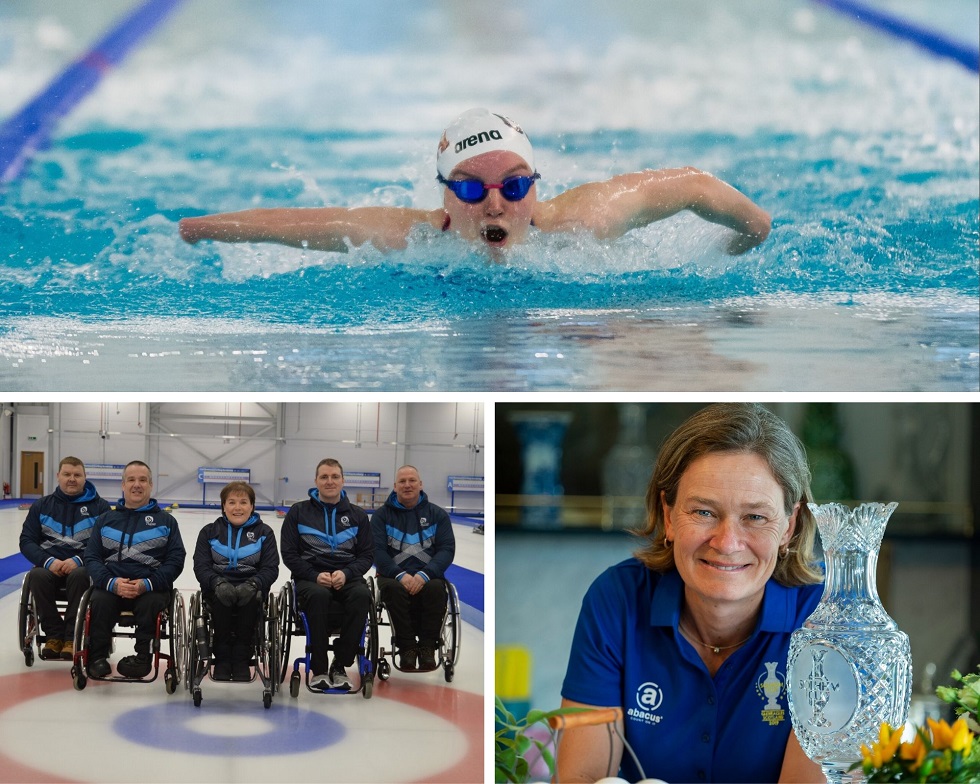 It's once again time to hail Scotland's sporting heroes after another year of success.

Scotland's elite athletes continue to shine on the world stage while committed people across the country work tirelessly in their communities to afford others the chance to participate in sport.

On 5 December in Glasgow, we will recognise some of this vast pool of talented and dedicated people at the 2019 Sunday Mail sportscotland Scottish Sports Awards. These are the finalists who are in the running this year.

The reigning Scottish Sports Personality of the Year. The World Championships in Beijing saw a bronze medal and gold in the 4x100m relay.

The 23-year-old Oban left-hander became the highest ranked Scot in world golf in his first season on tour after another top four finish in the Italian Open in October, debuting in the top 100 at 86. He’s currently sitting 7th in the prestigious Race to Dubai.

The Liverpool full back took himself to a whole new level in 2019. Robertson became the first Scot to win the Champions League in 22 years.

The Tartan Tornado’s meteoric rise to the top of world boxing has continued unabated in 2019. He defeated Regis Prograis in the final of the World Boxing Super Series, an eight-man knockout tournament, to become unified world champion.

Spending 34 weeks ranked as the World No1 in the 1500m was testimony to her consistency. In March an imperious performance at the European Indoors in Glasgow in March saw Laura repeat her 2017 feat of double gold in the 1500m and 3000m.

Seonaid has achieved a series of remarkable results throughout 2019, finishing the season as world number one and as a world record holder. She won silver at the ISSF World Cup in Munich, setting new Scottish and British records. This was the first British female rifle medal at a World Cup since 1999.

Jamie’s place as one of the world’s foremost doubles talents was cemented in 2019 with yet another Grand Slam title, taking his haul to a hugely impressive seven.

The calibre of Catriona Matthew’s captaincy of Europe’s history-making Solheim Cup win at Gleneagles last month can't be understated. The respect she earns from her peers was there for all to see in Perthshire, the last-green, last-putt triumph the result of 18 months work of diligent work.

Glasgow City's league success this season was a magnificent 13th in a row, Booth’s fifth. But there has also been European success, a stunning penalty shoot-out victory over Brondby secured a place in the quarter-final of the Champions League.

The Glasgow coach’s reputation continued to flourish in 2019 through his work with Laura Muir and Jemma Reekie. His creativity in bringing out the best in Muir despite her seven years’ study in veterinary studies year has been outstanding.

This growing club in Falkirk continues to go from strength to strength. The club now has around 200 members growing from around 40 four years ago.

The Dumfries and Galloway club have made great strides and continue to put rugby at the heart of the community.

Numerous Northwest boxers have represented Scotland and won medals at international events. The club in Kilmarnock has opened up its doors to the local community and is making a real difference to the lives of young people in the area.

Fraser is the inspirational driving force behind Falkirk junior bike club (FJBC). He inspires a club which has grown from five kids to 150 in three years to be active on their bikes.

David founded the Fit Like Joggers Club, with the principal aim of getting people running. Over the years the numbers have grown substantially, now with 40 volunteer leaders, hundreds of people have started their running journeys at the club.

As Chairperson of Walking Football Scotland, Gary McLaughlin has driven the game to massive growth in the last few years. From its birth in 2012, now offers activity across Scotland with 97 member groups, 135 sessions weekly and over 3,000 participants.

The staff and pupils have worked extremely hard in 2019 to improve sports uptake. There was 25 different sports clubs over the year and an incredible increase in out of hours participation in sport from 21.8% to 91.9% over the course of the year.

The school realised that many pupils were not able to access local sports clubs due to the cost involved. As a school they set out to change the attitude to sport within the school and aimed to provide a 'sport for every child’. Tracking of pupils’ participation in school sport clubs has shown that pupils in the most deprived deciles of Scottish Index of Multiple Deprivation have been attending.

At the European Junior Championships in Kazan she won bronze in the 400m IM, at the European Olympic Festival in Baku she won three gold and three silver medals. In 2019 she set new marks for Scottish Junior Records in the 400m IM, 200m Backstroke and 200m IM.At 15 years of age, she is the second fastest Scottish woman ever for all three events.

The Stirling Bike Club teenager blew past his milestones in 2019 like he had a rocket rather than pedals powering him. In May the 18-year-old stole the show with a history making win in the UCI World Junior Series in Germany, the first Brit to win one on foreign soil, blowing away world No1 Canadian Carter Woods in the process over the same course as the seniors rode.

With the home ice in Stirling, the Scots were inspired in the World Championships in March. Skipped by Aileen Neilson, the team of David Melrose, Hugh Nibloe, Robert McPherson and Gary Logan won silver.

A multiple winner in this category over the past decade, the Aberdonian continues to excel on the track with powerhouse pilot Matt Rotherham.

The club celebrated the treble for an unprecedented third year in succession.

Scotland won EuroHockey Championship II after dominating Italy in the final at Glasgow's National Hockey Centre to win the trophy and promotion.

After near misses and fourth places at the Commonwealth Games, Scotland’s men finally got their just rewards with a stunning bronze at the European Championships in Birmingham in May.

The second-half comeback from 31-0 down in this year’s Calcutta Cup game at Twickenham was sport distilled into its perfect agony/ecstasy quotient, with enough of both to last a lifetime.

His career obituaries were all written in January after a tearful Australian Open admission that it was probably all over. Fast forward 10 months and there were more tears - this time of joy and relief. In the European Open, Murray took the title with a three-sets win over Stan Wawrinka.

He’s done plenty in the pool to inspire a generation of young swimmers, and his performance at the Worlds this year, bringing home gold with one of the greatest relay legs of all time, and individual bronze, put the 22-year-old Stirling University another step up the ladder to greatness ahead of the 2020 Olympics.

Visit the Scottish Sports Awards website for all you need to know about the ceremony on 5 December. 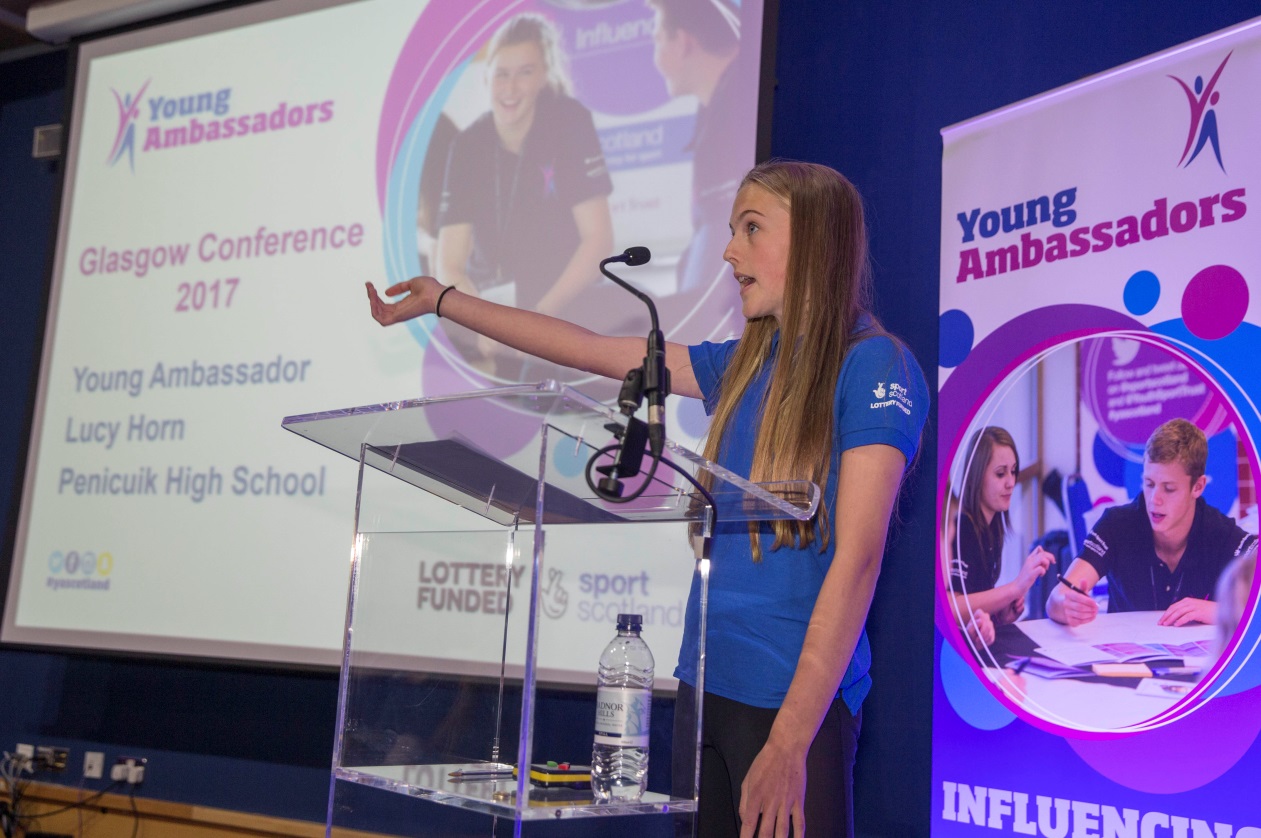 Find out how we recognise and support Scotland's sporting heroes