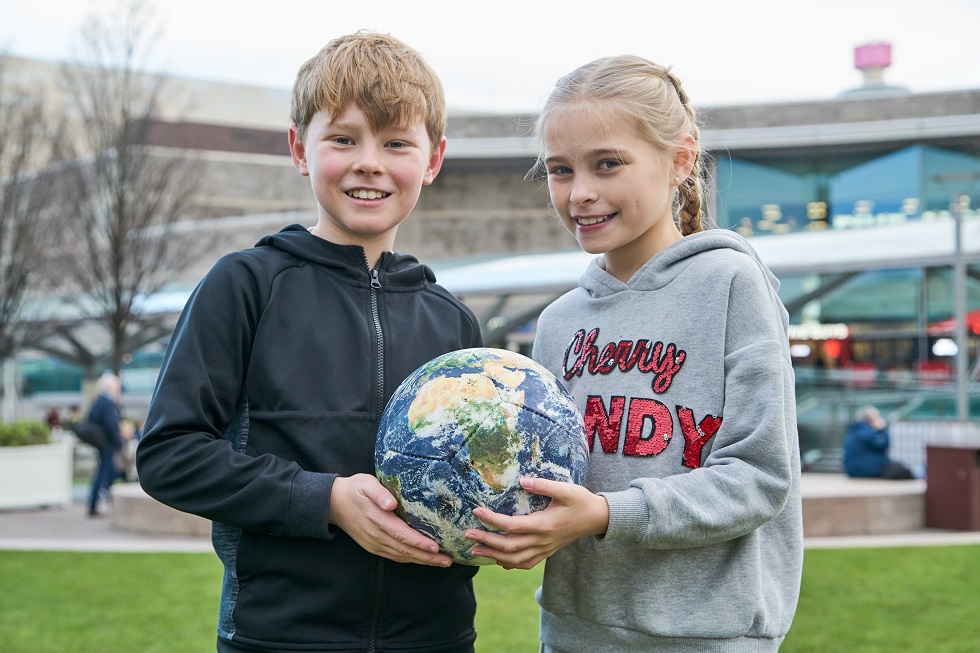 Schools across Scotland have netted specially designed footballs which mark 100 years since the end of the First World War.

Turner prize-winning artist Mark Wallinger took inspiration for his latest design from the famous Christmas truce of 1914, when soldiers from both sides emerged from the trenches to play football together in No Man’s Land.

He has transformed the football into a globe of the world for the One World project. The work has been co-commissioned by Liverpool Biennial and 14-18 NOW, the UK's arts programme for the First World War centenary. 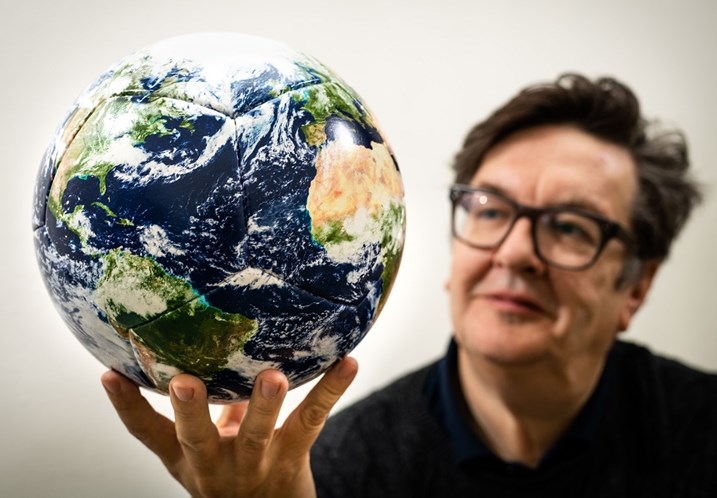 Now, in partnership with organisations including the EFL Trust, Sport England, the Football Foundation, Sport Northern Ireland, sportscotland and the Scottish FA, a limited edition of the One World football will be released to schools and community football projects across the UK, with the simple request to each person to upload their own #OneWorld video in response to Wallinger’s call for action.

There will be 284 footballs sent out in Scotland, one to each of the holders of a sportscotland Gold School Sport Award.

Chief Executive of sportscotland, Stewart Harris, said: “There can be no doubting the positive power of sport to bring people together, from grassroots level right up to the world’s best athletes, sport shows us time and again that it can unite communities and countries.

“It’s great to see so many communities across Scotland benefit from the One World project and we are delighted to be supporting it.”

Chief Executive of the Scottish FA, Ian Maxwell, said: “We are delighted to be involved with the One World project. There can be no doubt that football unites us, from those involved from grassroots to national team level its impact can be seen not only on the pitch, but in the lifelong friendships and camaraderie engendered from it.

“The balls designed by Mark encapsulate that perfectly, highlighting that, in football terms at least, we are very much all from One World”

Mark Wallinger said: “It is 100 years since the Armistice was agreed in 1918, and 50 years since the Earthrise photograph was taken on Christmas Eve 1968. One World is my contribution to the legacy of those precious moments – spreading a message of peace for the world. Time to stop fighting and start playing. Playing the beautiful game. Let’s take that image of a precious and fragile world into the future and celebrate the joy of playing together.”

About the One World Project, and below is what to do to upload your video. 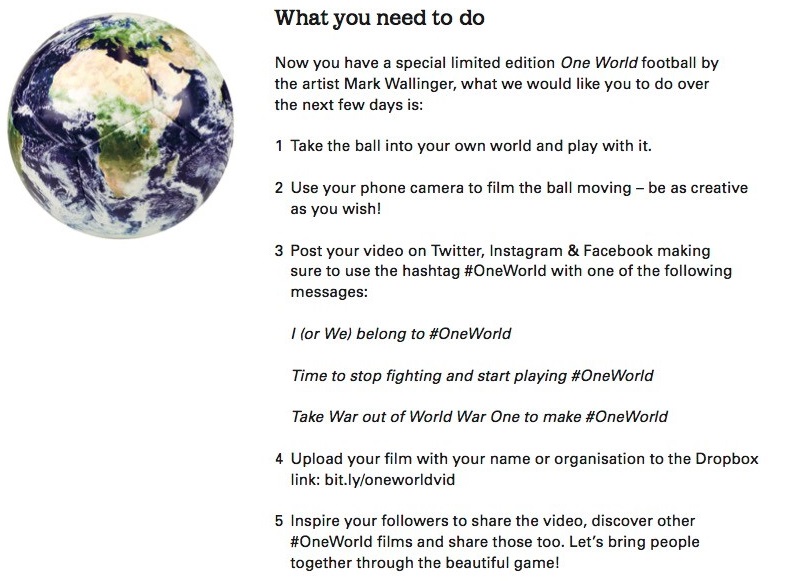 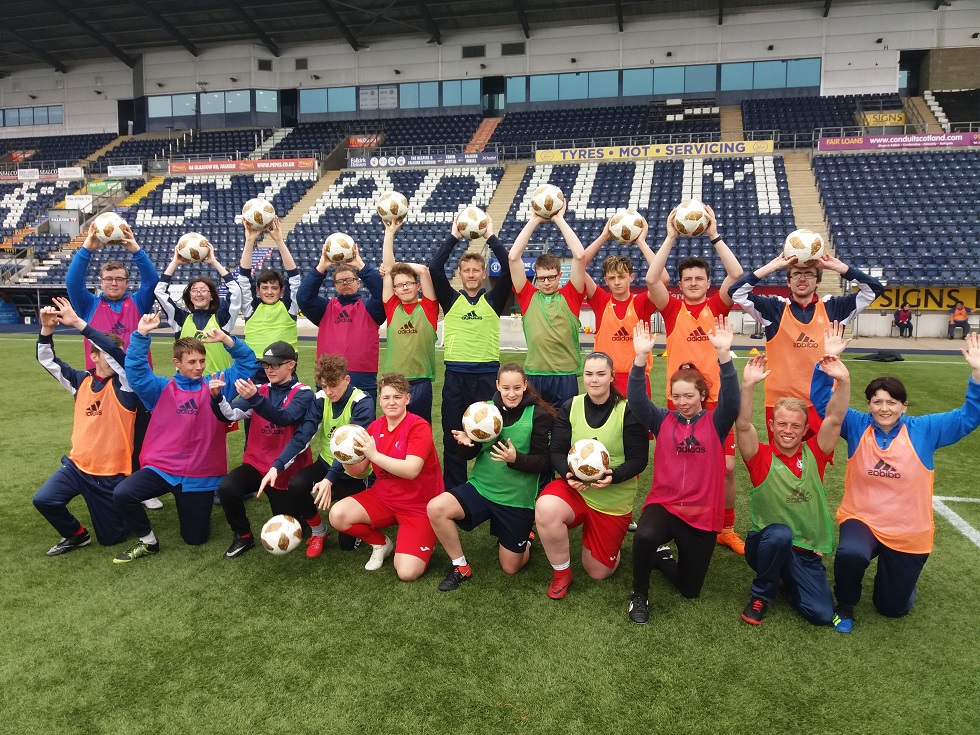 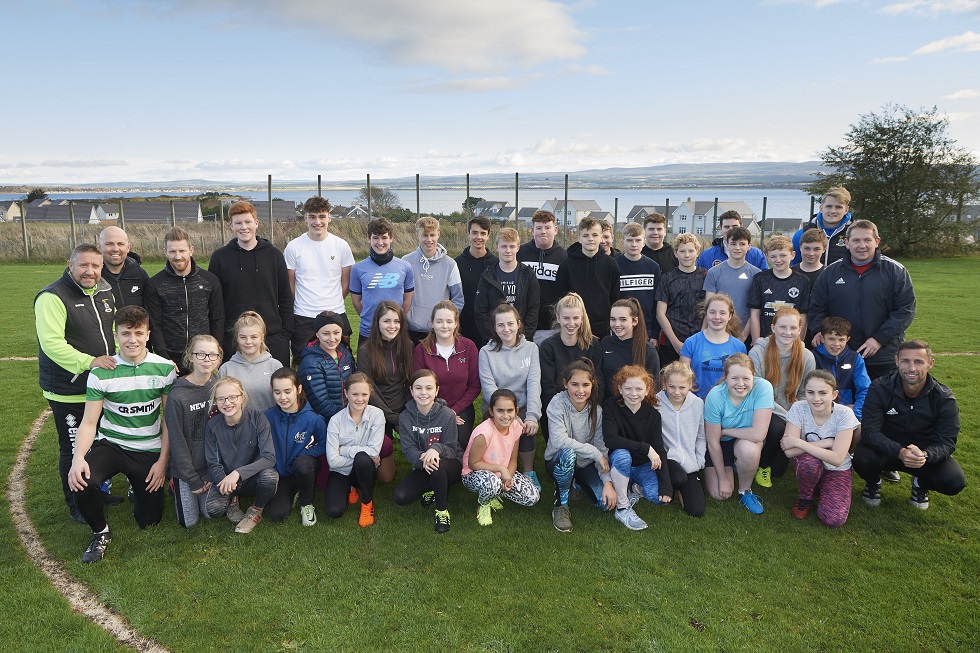 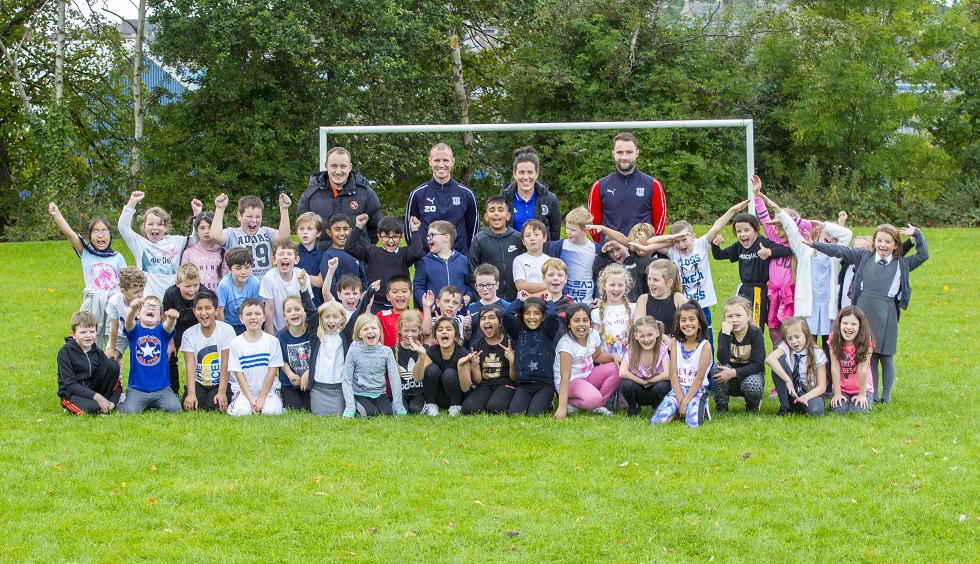