Following in the footsteps of stars like Louise Aitken-Walker and Susie Wolff, 19-year-old Emily Glanvill from Penicuik, Midlothian is the latest Scottish woman to make her mark on motorsport - but Emily’s path into the sport was far from conventional.

From swimming to speedway

Generally sporty at school, Emily’s main focus was on swimming, especially life-saving sport, and she was part of the Scotland squad when she was 12 years old.

Her first taste of motorsport came when she reluctantly agreed to accompany a friend to the speedway in Edinburgh. The girls loved it so much they became regular fixtures at the track, signing up as volunteers. Emily picks up the story:

“The riders had an event where they went go-karting with the fans and invited us along. I wasn’t very good, which annoyed me, so I kept going back and got quicker and quicker. As soon as I got into go-karting I just knew I wanted to race cars.

"For the first year or two I continued with both sports, but it got to the point where I had to choose. I stopped swimming competitively, but I continue to swim for the fitness benefits; it’s great for upper body strength and cardio, both important in motorsport. Also, the swimming coaches were good at things like mindset which I’ve been able to transfer over to motorsport.

Sponsorship, support and starting out

"In 2016 I entered a competition to win a fully-funded season to race in the Junior Saloon Car championship to promote the Teenage Cancer Trust. I trained hard for the event, but realistically I was just going for the experience of taking part, so I was absolutely delighted to win the scholarship.

"That was in the February, and by the March I was racing in the Championship. It turned my life around and took racing from something that was just a hobby to racing all over the country.

"At that point I didn’t have a great deal of support and coming from a family with no background in motorsport, there was a lot we didn’t know so that year was a massive learning curve. I set up social media accounts and approached businesses for support. That’s when my very first sponsor, who I still work with, came on board.

"Sponsorship and money are the biggest challenges for everyone in motorsport. I do as much, if not more, marketing as I do driving race cars.

"Despite working two jobs and saving up I’ve been forced to sit on the sidelines and can maybe only compete in one round of a championship.  I know that’s still a massive achievement, but to improve and advance in my career I need to do a full season and that requires a lot of money and a big sponsor.

"The best partnerships must work for both of us. Through social media and networking events I try to connect with companies who would benefit from working with me and seeing what I can offer them through motorsport.

"Most boys will say it’s easier for women to get sponsorship in motorsport as we provide a different marketing opportunity. That’s totally true in that women are still rare in this sport so there is an extra element you can play on in a marketing partnership, but at the same time I have been refused sponsorship because I’m a woman. It works both ways, but I think it’s best not to focus on that and concentrate on the fact that you are an athlete, not a woman.

"I really want to race in the British Touring Car Championship; it’s close, it’s competitive and has consistently high grid numbers and that’s what appeals to me. There have been women who have competed in it before but not since I have followed it. 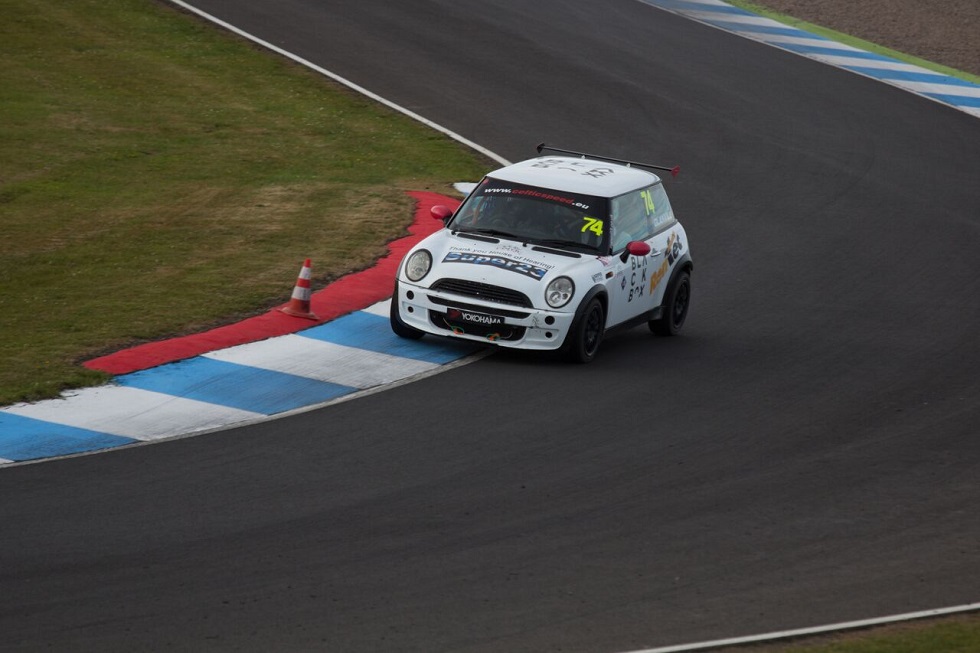 In 2017 Emily was selected for the Scottish Motor Sports Academy, an initiative designed to support promising young Scottish riders and drivers.

“The SMS Academy was really interesting.  We did a bit of work on sponsorships, got good ideas on increasing your reach on social media, which is something I really enjoy. We also did a lot on fitness and nutrition, which is another thing that I focus on.

"I learned a lot from the programme and I would 100% recommend it to other drivers. Everyone who took part has said the same and we’ve formed a group, which is great for sharing plans, ideas and advice as we are all going through the same things.

"Parents were included in the first and last sessions and I’d encourage any parents to attend if they can. It’s so useful to help them understand what a driver or rider does, especially for a family like mine who is very supportive but doesn’t have a background in motorsport.

"I have experienced sexism in the sport, but I’ve always said it’s the way you deal with it that matters. If you go into a race letting that bother you then you’re not going to perform well, but if you can shake it off and think I’ve got a point to prove here, then it can be extra motivation and it means even more when you do well.

"It also depends who you surround yourself with. I’m with a team who support me and don’t see me as a girl, they just see me as another athlete and treat me the same as everyone else.

"I get asked about being a woman in motorsport a lot and I’m quite comfortable with that, but I sometimes wonder if we shouldn’t be talking about it as that’s maybe making it an issue. 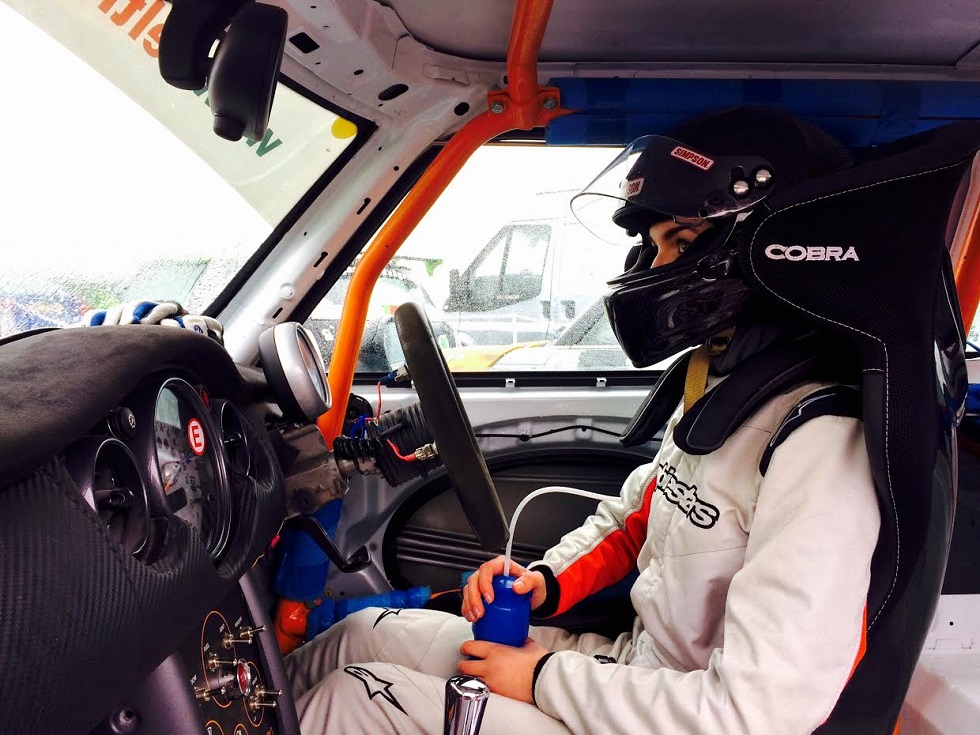 "For example, the launch of the new W Series for women is contentious. If you can compete equally, and I believe we can, then you should. I don’t believe that putting all women in one competition is the way forward, I worry that it will lead us down a road that says we should compete separately.

"However talented the women are, it will be viewed that winning that championship isn’t the same as winning a mixed championship and I don’t think that’s healthy for anyone. It’s not that we’re asking for additional support, we’re just asking to be treated equally.

"There have been advancements in the sport for women. I’ve been involved in Susie Wolff’s Dare to Be Different initiative, which is so rewarding. They show girls the range of career opportunities there are in motorsport from driver to medic, engineer, or in the media.

"The girls are often nervous at the start and reluctant to get involved, but by the end they are jumping around, really excited and that is so nice to see. If they decide it was a fun day out but not for them, then it’s still done the job of showing them that these careers are out there. Half of the issue is not that they didn’t want to be involved, they just didn’t know that these careers existed.

"I would advise any girl considering a career in motorsport to just go for it – why not?  Being a girl is only holding you back if you let it." 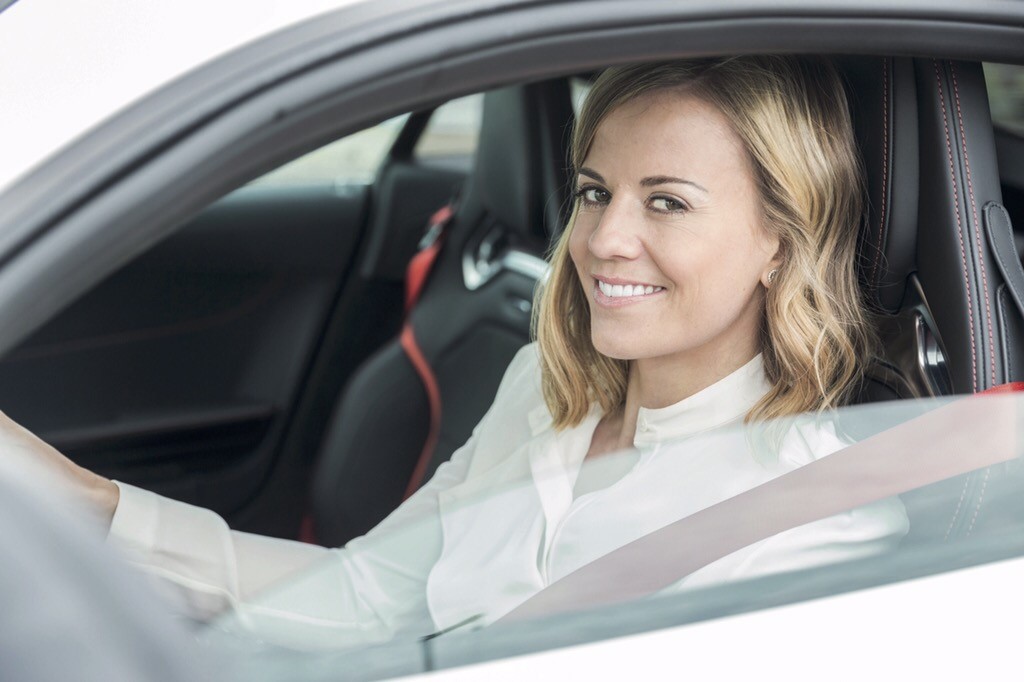 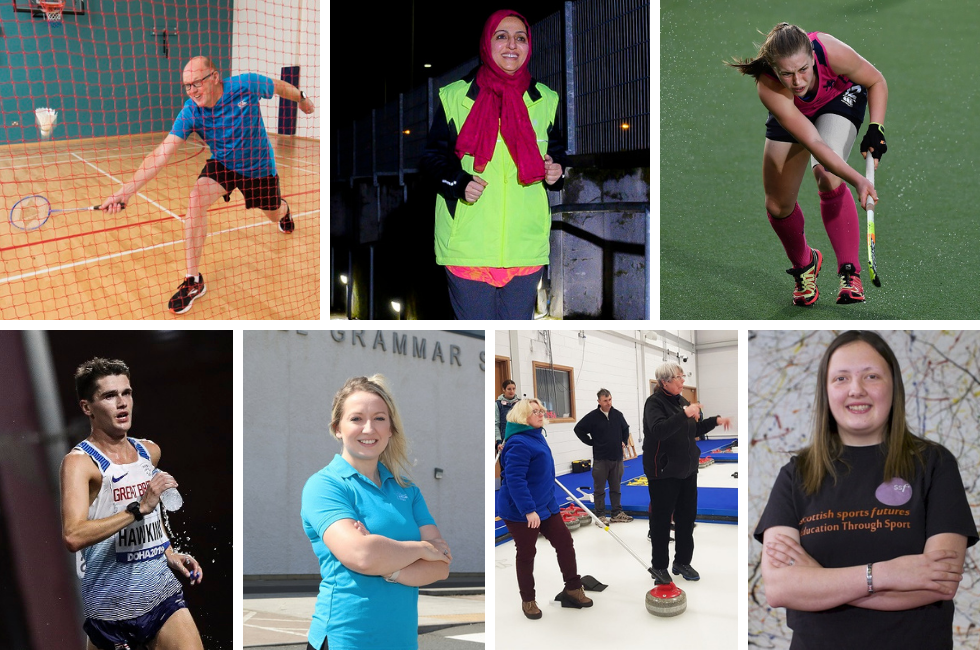 Our vision is an active Scotland where everyone benefits from sport