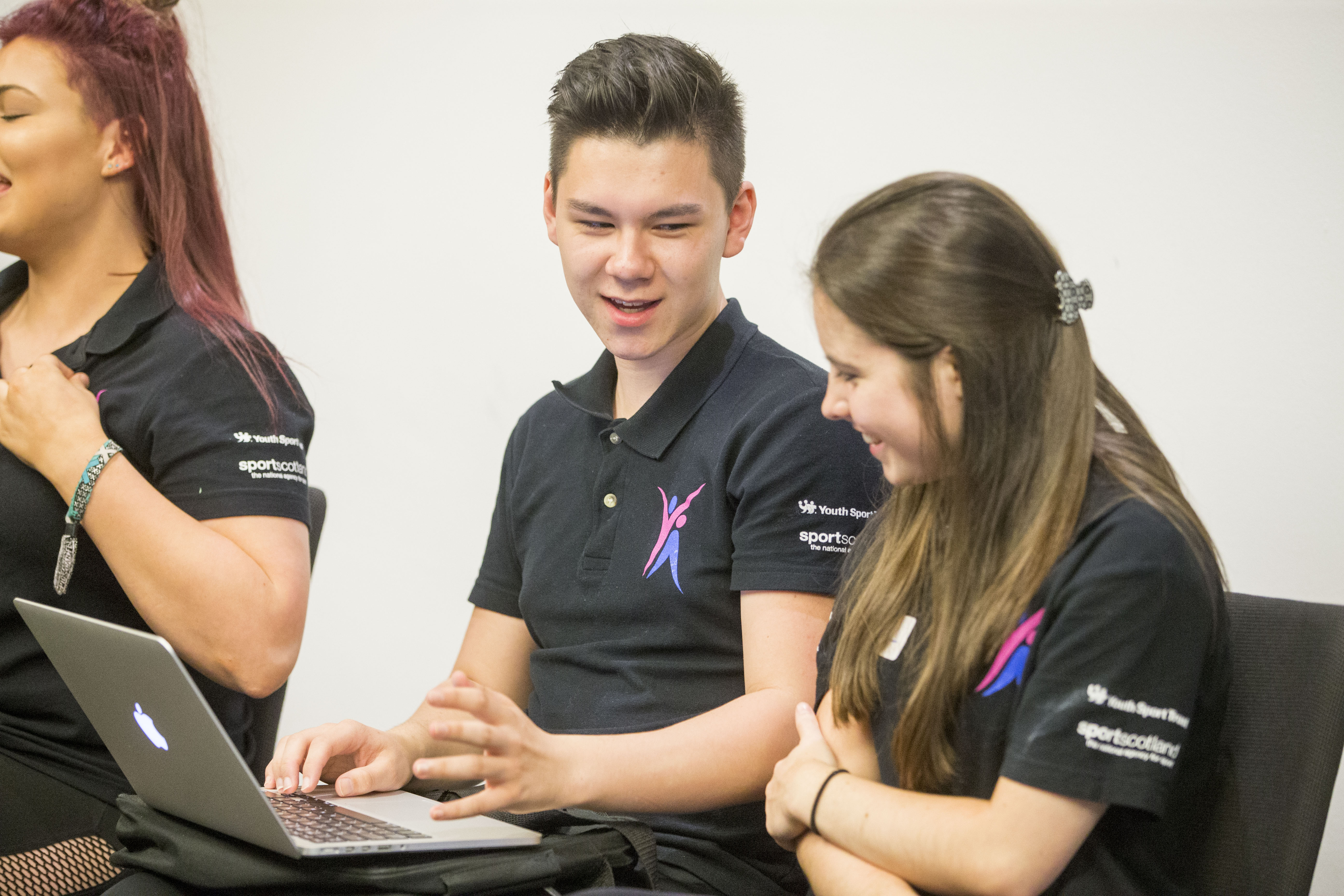 Each year, two pupils from each secondary school in Scotland are chosen as Young Ambassadors to promote sport, and motivate and inspire other young people to get involved in sport in their schools, clubs and local communities.

We caught up with three former Young Ambassadors to find out how the programme has helped them on a pathway into further education and influenced their longer-term career plans.

"I was a sportscotland Young Ambassador for Douglas Academy from 2014 to 2017. I was chosen by my PE teacher in 4th year, attended the YA conference at Hampden and went back to my school ready to make a difference.

"In my role, I set up a junior sports council and worked with the senior council promoting and developing sport, PE and physical exercise in my school. I also ran various competitions, inter-class games and fundraisers, as well as supporting the running of sports clubs before, during and after school. In addition, I volunteered as a sports coach at local primary schools as well as volunteering and assisting in S1-3 PE classes.

"Throughout my time as a YA, I was able to develop skills such as leadership, organisation and teamwork, all of which were vital as I looked towards a career in PE teaching.

"I applied to PE Teaching courses at the University of Edinburgh and University of Stirling, and after attending interviews I received two unconditional offers. There is a very high demand for places on these courses, however, at Stirling (where I am now studying) they received over 800 applications for only 17 places on the course.

"I am proud and honoured to be one of these students and strongly believe that without the experiences and skills I gained through the Young Ambassadors programme, I would not have been as well-equipped for my chosen pathway into PE teaching.”

“I had the privilege of representing Newbattle Community High School as a Young Ambassador from 2014 to 2017.

"I attended my first conference in Edinburgh at Ratho Climbing Centre, where I had no idea what to expect. However, this soon changed when we spent the day listening, learning and working alongside former YAs, Active Schools Coordinators and even elite athletes. By the journey back to school I was full of ideas, and couldn’t wait to get started and make a difference to sport in my school and community.

"In the first week of my new role I had set up our own Sports Council, involving pupils from each year group. This ensured their voices could be listened to and ideas could be shared. I then went on to set up a girls’ football team, which was open to every year group in order to increase participation in the game.

"I have a great feeling of pride witnessing the impact I had made in helping my fellow pupils to develop their abilities and attitudes towards sport.

"I am now halfway through my first year at Edinburgh College where I am studying Coaching and Developing Sport. From applying to universities and colleges, attending interviews, being offered places and to now being successful on the course, I truly don’t believe I would’ve had the confidence in my skills to do so without the experiences provided by the Young Ambassador programme."

"I represented Lenzie Academy as Young Ambassador from 2014 to 16, starting when I was in 4th year at school, all the way until 6th year.

"Our first order of business was starting up our own sports council, of which my YA partner and I were in charge. In my time as a YA, I helped to secure a sportscotland Gold School Sport Award for Lenzie Academy, and have helped to inspire the next generation of pupils.

"One of our new ideas was going into local primary schools promoting the 2014 Commonwealth Games creating enthusiasm amongst the pupils. The presentations went so well that schools requested us back to do the same for the 2016 Rio Olympics Games. This experience brought me out of my comfort zone and helped to develop my communication skills.

"I went on to volunteer in my own school where I ran an athletics club. This involved organising development plans, delivering sessions, interacting with pupils and encouraging involvement with national and district events. These skills helped me to get a role in sports development, where I developed an entire athletics programme.

"Although I was applying to engineering degrees, the skills and experiences gained through the YA programme are all transferable, and helped to land me five unconditional offers.

"I would definitely say that the Young Ambassadors programme has opened up more opportunities for me - I have achieved and learned much more from the experiences it provided me with, and skills I’ve gained continue to help me today.”

Read more about the Young Ambassadors conferences and our other Young People as Leaders programmes. 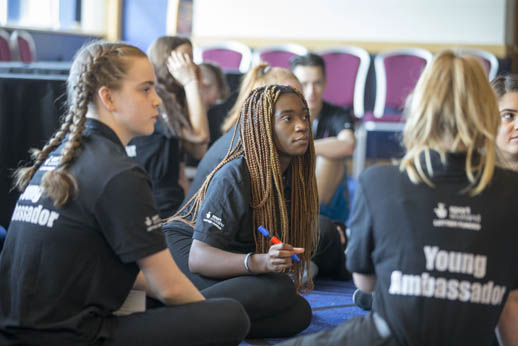