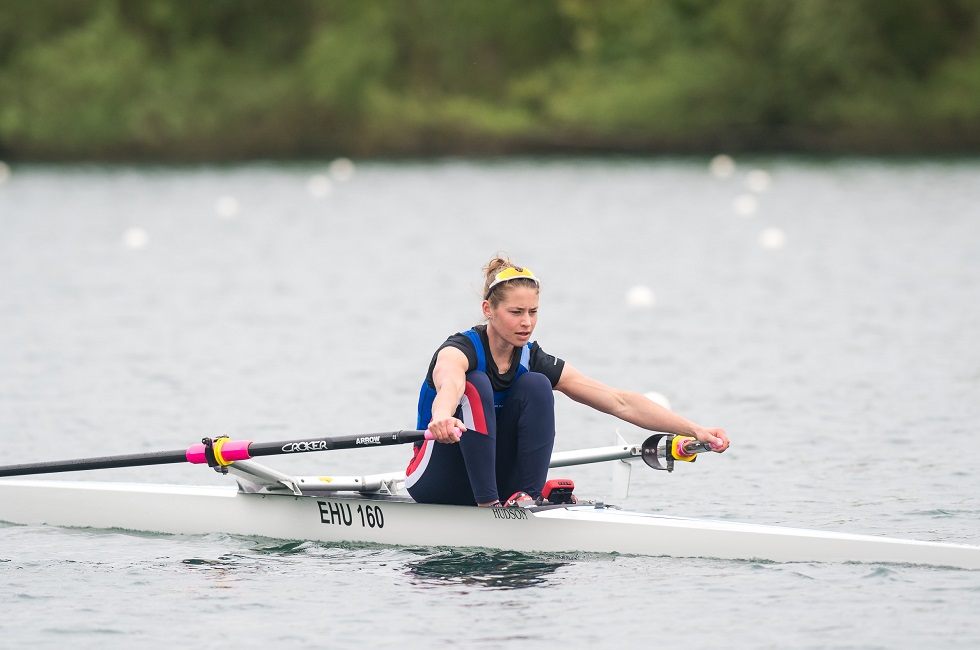 Scottish Rowing is justifiably proud of the sport’s burgeoning success in recent years. The country’s high-performance rowers helped put the sport on the map, in both numbers competing and medals won, at the London 2012 and Rio 2016 Olympic Games.

But while Dame Katherine Grainger and Heather Stanning MBE were becoming household names, in Scotland the system was already working hard to produce a pipeline of talent; the champions of the future.

More Scottish rowers, developed in Scotland, competing for Great Britain at the Olympics and Paralympics has been a mission which is looking likelier by the year.

Scottish Rowing has played a key role in raising the number of Scottish-based athletes in GB world championship teams at all age groups, from only one 10 years ago to eight last summer.

Strong partnership working over the past decade has been essential with Scottish Rowing’s High Performance Co-ordinator (and newly announced Head of Performance Pathway) Lee Boucher, and sportscotland High Performance Manager Catriona Semple collaborating throughout this period to build and develop a world class performance system.

If there is such a thing as a ‘secret’ behind success it is identifying the strong correlation between athletes achieving success at under-23 level and progressing to GB senior teams.

Success has bred success and in recent weeks there have been numerous pieces of good news for the sport which can only help push things forward.

In April British Rowing and Scottish Rowing joined forces to uncover the next generation of Olympic rowing champions.

In the process rowing becomes one of a handful of sports in Scotland to secure a GB governing body’s investment.

The 2024 Olympic Games is the target for new athletes taken on to the Start programme, with the talent coaches searching for people with the right physical and mental attributes to rise to the top of the sport.

“More than a quarter of the rowers who competed for Great Britain at the London 2012 and Rio 2016 Olympic Games graduated from the Start programme,” said Tom Young, who heads the Strathclyde programme, moving across from coaching at the highly successful High Performance Programme at the University of Edinburgh.

“So we have a strong history of taking people right to the top of the sport.”

“One of the great things about rowing is that you can learn it from scratch,” says Young.

“It does not rely on hand-eye coordination and so it is perfectly possible to become world class in a relatively short space of time - 40 per cent of the last three [British] Olympic teams started rowing after leaving school.

“But it also requires some serious mental attributes. You have to be committed to training a lot and willing to work hard, both technically and physically, to progress in the sport. If you are prepared to put in the hard work, we will help you become the best rower you can be.”

More than a dozen athletes have gone on to win Olympic medals after graduating from the Start programme, including double gold medallists Heather Stanning, Helen Glover and Alex Gregory.

More home-based Scottish athletes have gained selection to the GB Rowing Team year-on-year, and this year the impressive pattern looks likely to continue.

At the April GB Selection trials in Caversham, 10 athletes, three of them world champions, took part. Scottish Rowing has never had a higher-calibre group.

While ‘best prepared team’ is a term often banded about, there is little doubt the 10 athletes Scottish Rowing sent south to Caversham were better equipped than any before.

For the first time ever the athletes from programmes across Scotland travelled south as one team. In a model of partnership work, Edinburgh University provided coach support, Scottish Rowing and Winning Students gave financial backing while the sportscotland institute of sport, which already supplies daily support and expertise, sent an exercise physiologist and physiotherapist.

“Our main role is to make sure the athletes are as well prepared as they can be and to provide the coaches with all the information they require,” said exercise physiologist Peter Bonner.

“I monitor the athletes when they get up in the morning to make sure they are well hydrated and are getting enough sleep. If there are any particular issues then I feed back to the coaches so things can be adjusted if necessary.

“And physiotherapist Tom (Newton) makes sure there are no niggles, no injuries and anything that comes up can be taken care of. Then, as the trials progress, I’m mainly looking at recovery and making sure they are as well prepared as they can be between each of their races.”

Although the full teams for the 2017 season are still to be announced, Edinburgh University student Maddie Arlett from Selkirk was selected to compete for Great Britain at this season’s first World Rowing Cup event in Belgrade. She won bronze in the lightweight women's double scull with Emily Craig.

For 22-year-old Arlett, one of an impressive eight Edinburgh University Boat Club athletes trialling at Caversham, this was her first time competing in a GB senior team.

“Competing for the senior team is another very big step up,” said Arlett, who paid tribute to the sportscotland institute of sport services during the trials.

“Having the support team instils that extra bit of confidence in you, knowing you have a really great team behind you.

"Even getting a leg flush from the physio the day before competition or a day after racing is a really great benefit.”

In June fellow Edinburgh University rower Josh Armstrong made the huge step up from the Great Britain junior team to the senior team and will compete in the second World Cup of the year in Poznan from 16-18 June.

The 19-year-old from Glasgow became junior world champion in 2015 and only moved up to the under-23 age group this season, but his impressive form at the GB Rowing Team trials in April elevated him straight into the senior squad.

Lee Boucher is the man behind an unprecedented upward trajectory of year-on-year success by Scots on the world stage over the past decade. Having previously worked in a voluntary capacity as Scottish Rowing’s High Performance Co-Ordinator, Boucher was announced last month as the organisation’s first Head of Performance Pathway.

Boucher has been tasked with developing a performance programme which will support yet greater numbers of home-based Scots progress through the ranks and on to GB Rowing Team senior squads. 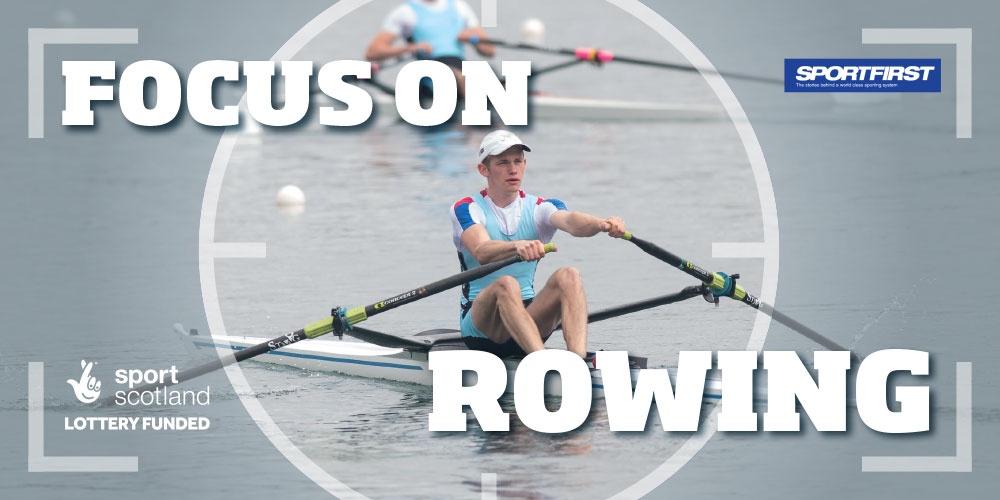 “We need clear, sustainable pathways in place that allow more Scottish athletes to reach their potential. "And we need to make sure everyone fully understands the requirements to get to the next rung on the ladder," says Boucher.

“I expect that we will start to spend more time looking at our junior development programme and how we better support the transition of athletes from junior to under 23.

“I’m also keen that we look at how we retain more athletes in open club programmes post-university, which would also create a better environment to support non-student athletes on the performance pathway.”

This new, full-time role, funded by sportscotland, means Boucher will throw all his energy into ensuring greater numbers of Scottish rowers can reach their potential, and he feels optimistic about the outcome. “In my opinion, there has never been a better time to be an aspiring international rower whilst living and training in Scotland.

“The opportunities that are available to talented junior and under-23 athletes in Scotland are first class through our strong partnerships with the university sector, Winning Students and the sportscotland institute of sport.

“I know that our programmes are the envy of athletes and coaches elsewhere in the UK and of course my challenge in this new role is to ensure that we stay ahead of the competition by continuing to innovate.”

Cutting Edge is a new platform where sportscotland institute of sport experts share their expertise.