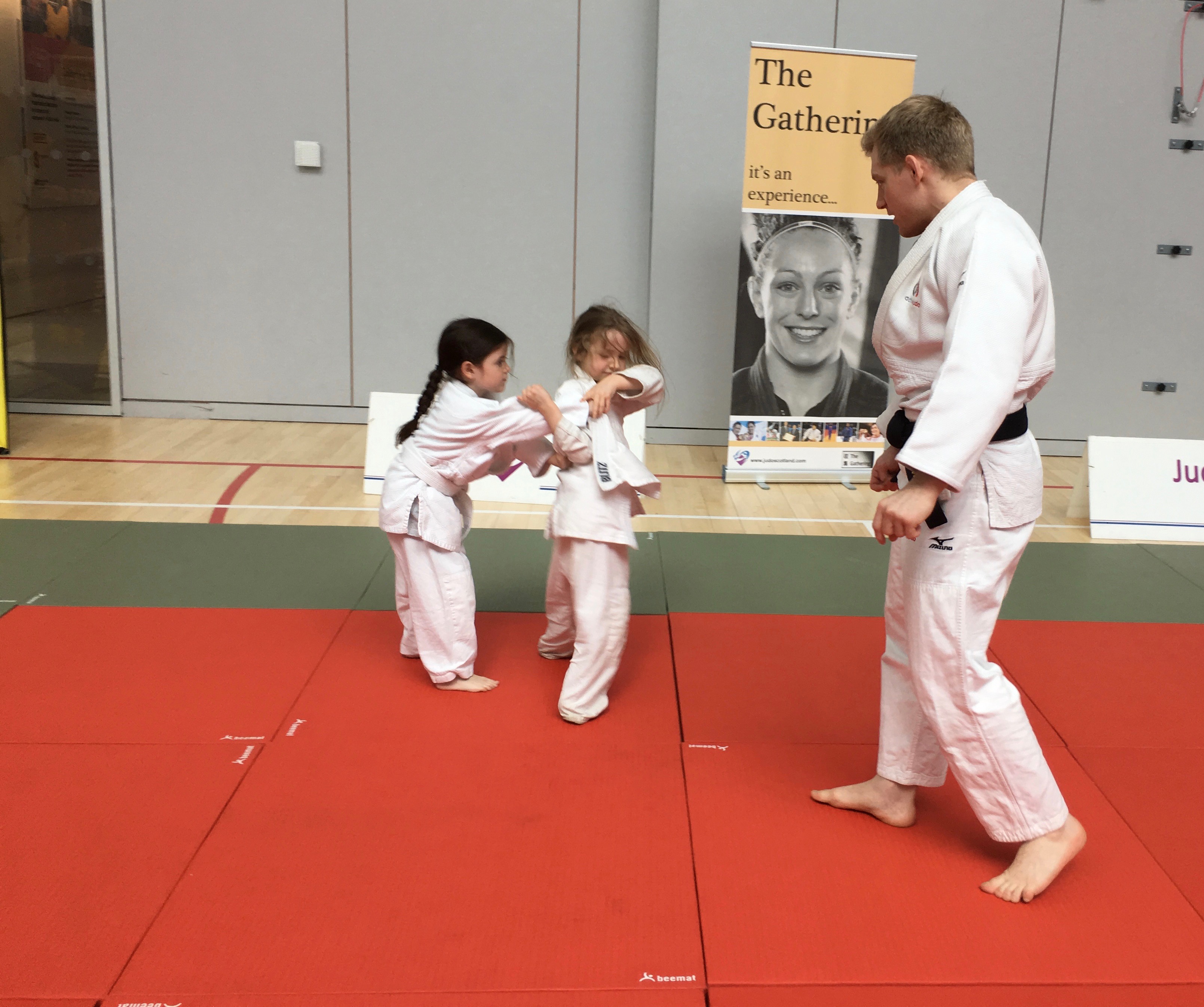 The Judo Girls Rock programme has transformed the landscape of girls' participation in judo across Scotland.

Introduced in 2014 in the east end of Glasgow, the programme now has eight clubs engaged in the programme and had contributed to a 13.7% growth in the junior female membership of JudoScotland at the end of 2017, with 184 girls coming through Judo Girls Rock.

Sport First spoke to Tony Penfold, head of business delivery at JudoScotland, to discover how the programme has become so successful.

How does Judo Girls Rock work?

After the pilot project in Glasgow, an application process was opened up to member clubs and we expanded the programme to five additional venues: Inverness, Fort William, Irvine in Ayrshire, Lasswade in Midlothian and Galashiels in the Borders.

Successful applicants received investment from JudoScotland to support the girls in the early stages of their judo journey. We looked at the environment and tried to remove as many of the barriers as possible, asking the question: ‘What stops a group from taking part in Judo?’ 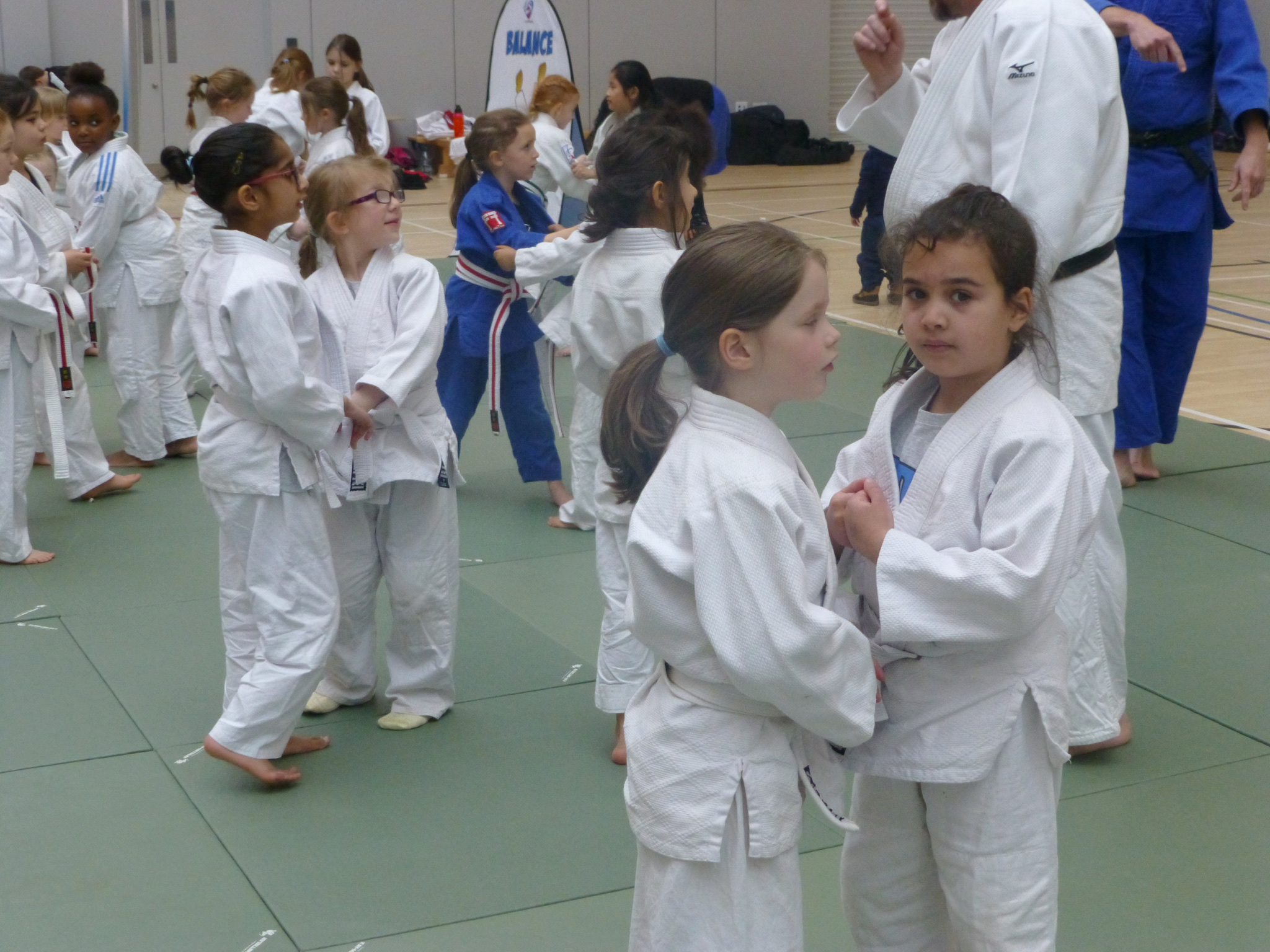 The members receive JudoScotland membership and a grading free of charge, enabling them to get started and providing an initial sense of achievement.

When youth workers provide assistance to our clubs, they find there is more to the programme than just judo. The youth workers are able to promote healthy eating and look at issues such as body image and online security during workshops, which have been delivered in all five areas based on the original programme set up by Active East. Where there hasn't been a youth worker in place, often a local judo coach will pick up these sessions.

How have coaches reacted to that opportunity?

One of the coaches was reluctant to get involved in the session at first, but she has progressed to the point where she is actually leading some of the workshops in addition to the judo – she has really blossomed!

It has been a great development and leadership experience for her and the development of the wider workforce has been brilliant – it's great to watch these people grow.

In what ways has the programme developed?

Many of the girls from the original groups are still involved and still focused on judo, although we have been forced to merge some of the venues where costs became an issue when the funding ended. In some cases the group has merged with the mainstream judo programme within the host club.

Now that the investment has come to an end, some support remains but the model is evolving in different ways in each area to ensure sustainability. 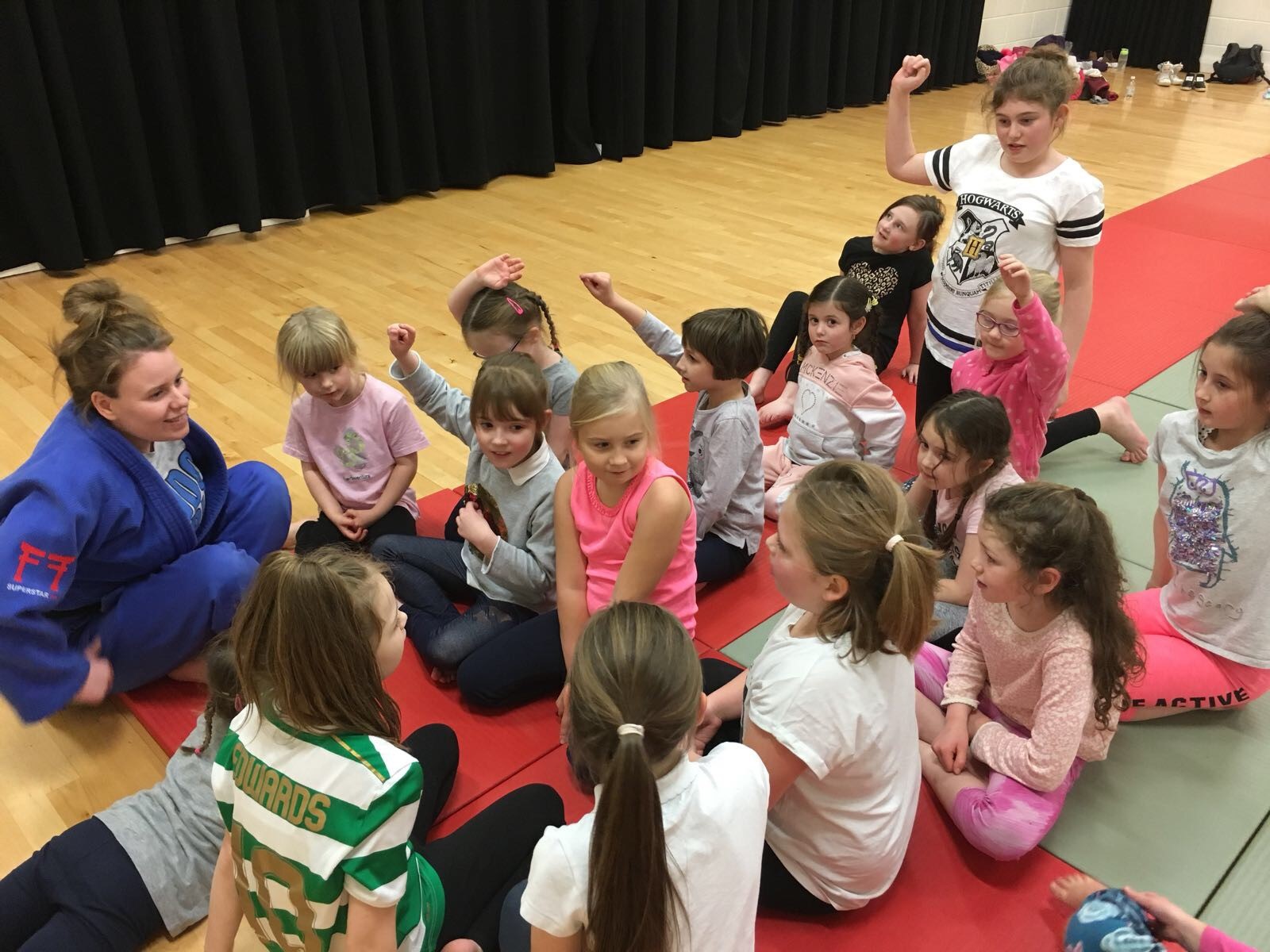 We have seen signs of retention, first, and then signs of progression. Where the girls are staying involved, they are starting to progress by working their way through the grading system and participating in events outside of their Judo Girls Rock session.

What are you most proud of about the programme?

It is difficult to isolate one thing, but if pushed we would probably identify how everyone involved has developed and grown as people, not only overcoming negative perceptions of physical activity, sport and more specifically judo, but also some of a more personal nature like confidence, self-consciousness and self-esteem.

We were very aware of the environment presenting certain barriers. Judo is very physical. It's close contact. You wear strange clothing and you have bare feet. In particular, the coaching workforce is predominantly male.

One of the ways we tried to get around this was to ensure each club either had a female coach or a female assistant coach, or both. JudoScotland then provided the support around these individuals to give them the skills and confidence to lead the sessions.

Each club had to identify a young leader who would be on or around the mat at every session. From what we knew of the barriers, we were confident this would help the girls to feel more comfortable in the judo environment and has proved extremely significant in the programme’s success.

What challenges have you overcome?

We have regional development officers (RDOs) in the east and west and the original project in Glasgow had been supported by the west RDO and was overseen by our national development executive. Working together they were able to identify key local partners who provided invaluable support.

When we extended the project to the other regions where we do not have an RDO, we didn't have the local knowledge to assemble similar groups of people with a shared vision, which had been the lifeblood of the project in Glasgow.

In some areas, our partnerships were able to provide dedicated youth workers to support the programme, which had a significant impact. Many clubs found the programme more challenging where additional support was not available.

At some clubs, the girls have wanted to do a bit more but the big challenge was always going to be encouraging them to leave the bubble of their Judo Girls Rock session and take advantage of everything judo has to offer.

That's why we created a Judo Girls Rock ‘Skill sCool’ as an introductory event. It presents a friendly and safe environment for the girls in what is their first exposure to judo outside the club.

Can you tell us more about Skill sCool?

Skill sCool is more like a festival than the traditional judo competition; it provides incomparable ‘time on task’ for the participants compared to competition in a fun, challenging and rewarding atmosphere.

It includes our ‘Mad About Judo Zone’, which engages the young people in generic physical challenges and activities that support the development of specific judo skills. We held one of them at the Kelvin Hall which brought over 60 of the girls together.

We had lots of positive feedback and compared (like for like) to the engagement of the full membership, the percentages were off the chart.

Have you been able to involve any high-performance athletes? 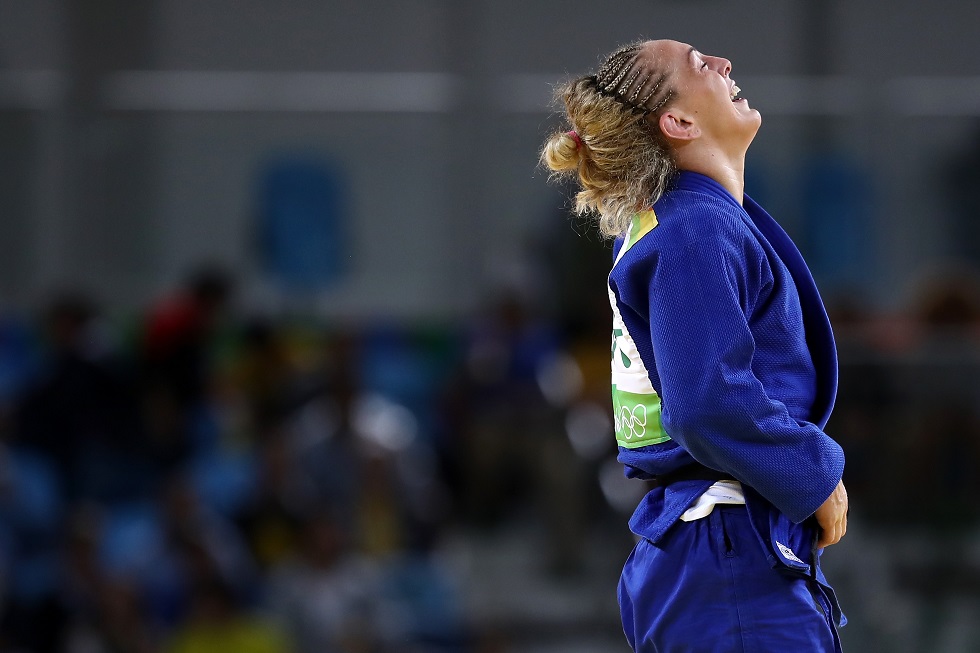 Before she became Scotland's first individual Olympic medallist in judo in 2016, Sally Conway was our first Judo Girls Rock ambassador. She met all the groups in that initial pilot phase in 2014 and did those early sessions with them.

Someone like Sally can make a real difference, and the girls really benefited from having a Olympic medallist there as a role model and an example of what girls can achieve in the sport.

Sally still supports the programme on social media and has been in to do some more sessions. Sam Ingram has also been involved in our ‘idojudo’ programme and having these guys along to sessions has been amazing and so inspiring.

One of the positive things that is often recognised in our sport is how supportive and accessible these athletes are, and we are really fortunate that we have such amazing role models who are so keen and supportive in promoting our sport.

How can coaches progress through Judo Girls Rock?

The coach in Fort William has been a massive success story of the programme. Rebecca Maclean was a bit reluctant to take on the responsibility of coaching a girls' group and initially just went along to help out, but she has ended up developing so fast that she was named Young Coach of the Year across all sports at the sportscotland 2018 Year of Young People Awards.

In addition, the coach at one of the other Judo Girls Rock clubs, Demi Moffat, won JudoScotland’s Young Coach of the Year Award through her work with the girls at her club.

What are some of the other benefits?

It's more than judo we are championing with Judo Girls Rock. The social element has been brilliant too.

Clubs are more engaged with us and that improved relationship provides really rich feedback that informs our work. Capacity has grown within the clubs and we are starting to see more awards nominations as a result of the impact of the programme at club level.

Fourteen young people have undergone leadership training through Active East and this has encouraged people to get more involved in the running of their club and improve links with local communities.

How was Judo Girls Rock funded?

In 2014 we ran a pilot project with Active East at just one venue in the east end of Glasgow, which generated momentum and interest in girls who wanted to get involved in judo.

In 2015 we joined up with Scottish Sport Futures who helped source some funding from Comic Relief to run a wider project in Glasgow. It was a huge success and was attracting more and more girls, so when we got some supplementary investment in 2017 it enabled us to take the project nationwide.

In addition, we built on our visually-impaired programme, where there was previously nothing at grassroots level, and introduced (once again with some amazing partners in Scottish Disability Sport, Guide Dogs and Visibility) more people into the sport through the programme, and the creation of a West Disability Hub (adding to the already established Hub in the East).

Visit the JudoScotland website and check out the Judo Girls Rock page. 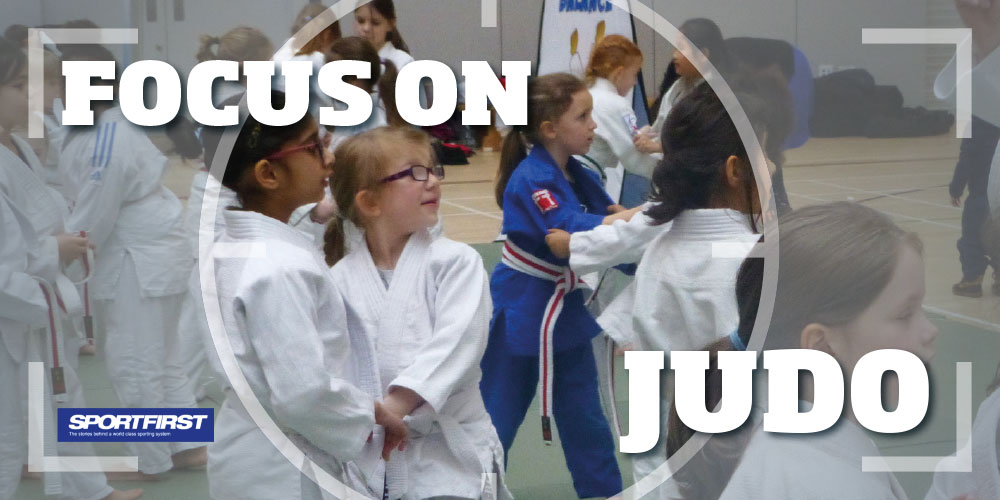 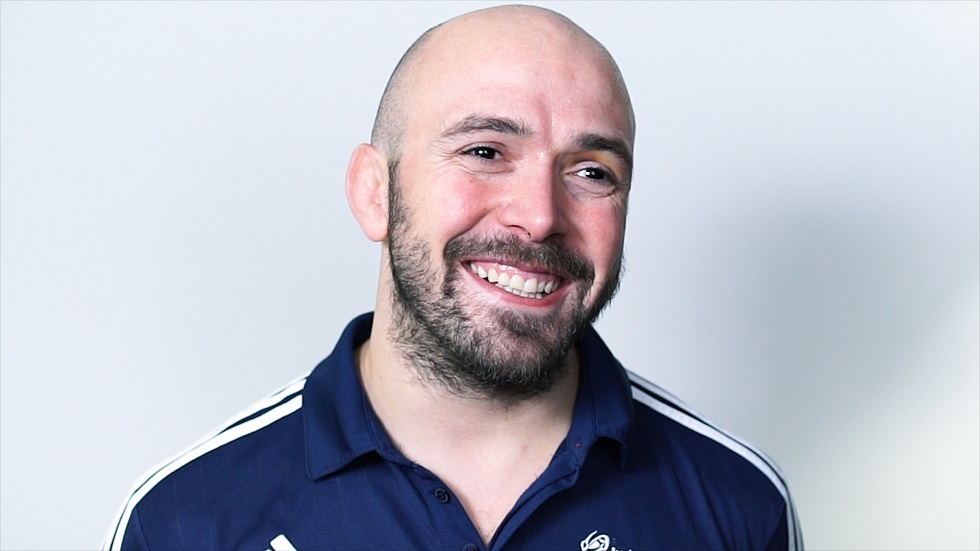 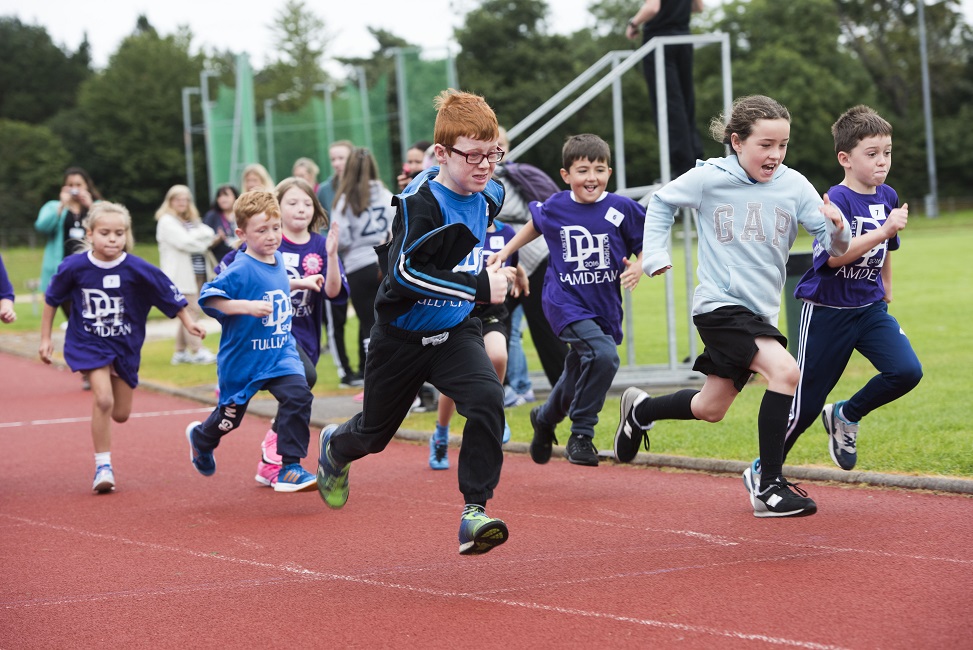 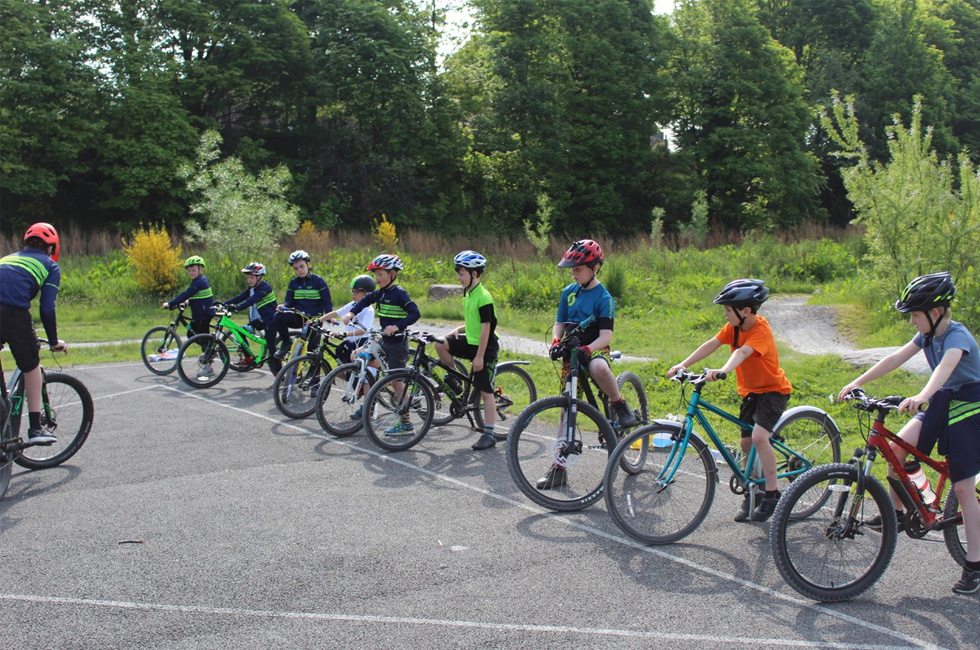