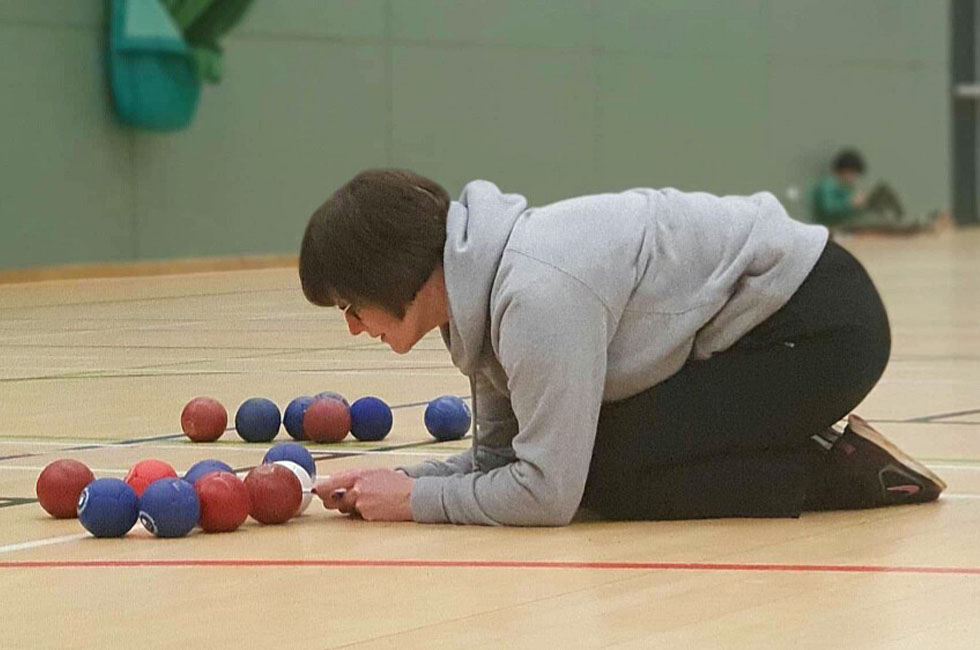 Across the nation sports have been trying their best to keep the population entertained and keep participants active in their homes during the Coronavirus (COVID-19) pandemic.

For the sport of boccia, this involved the creation of a unique initiative - the Boccia Lockdown League.

Many boccia players have a severe physical impairment or an underlying health condition. Due to their shielding status, the officials at Scottish Disability Sport (SDS) who govern the sport knew the experience of lockdown would be longer for them than most. They felt they needed to create something that offered the players a little structure ...and a little fun!

The Lockdown League idea originated shortly after SDS staff were told they should work from home for the foreseeable future. The original idea was to take the existing Boccia Bonanza programme and adapt it initially for the high-performance national squad. However, the concept developed and became an offering that would be suitable for the wider Boccia community.

Gary Fraser, SDS performance manager, said: “We felt that that the programme could be easily adapted to the home environment with a bit of imagination and could be replicated by anyone with household items.”

Boccia Bonanza is a school-based programme which aims to introduce boccia to a new audience in a fun and engaging way. It comprises a set of six different stations performed in a circuit format, inviting players to deliver key skills necessary for the sport through a variety of fun challenges.

The original idea was to adapt each of these six stations into an individual video and then challenge the national squad to complete it. However, while creating the videos, there was a realisation that there was no reason for them not to be offered to a wider audience through social media. Once this had been discussed, the idea for the league grew organically from there.

The official Scottish Boccia social media accounts would release an instructional video on the Monday, giving players a run-through of their weekly challenge. This would give competitors a full week to practise the task and then upload their best score to the league’s website. Additional points were awarded for those who uploaded an accompanying video of them achieving their score.

The team at SDS were aware that this method left open the potential for participants to not upload a video and place a higher score than they actually achieved. However, for most of those involved, winning was not really key to the project, and SDS felt the same.

Gary said: “The project was about engagement in the sport and to raise awareness of the opportunity. We encouraged creativity and we saw many features such as cats playing the game or people dressed up!

"We felt it provided a light-hearted way to keep people going at a time of uncertainty.”

The project was also designed to be inclusive throughout its life-span, giving new players the ability to check back on previous challenges and backdate their personal scores.

Gary added: “We set the league up so that anyone could engage at any point. The sport is very inclusive and we wanted to make the format as inclusive as possible.”

One of the reasons for the success of the Boccia Lockdown League has been its inclusivity. Participants did not need any experience in the sport or even any specialised equipment. Some have taken part using a teddy bear or even a rolled-up sock as their boccia balls.

There has also been a surprisingly large involvement from across the world, with participants joining the league from as far afield as Canada and Australia. The league has been shared by Scottish governing bodies of other sports with similar, transferable skills - and the project has been replicated by other nations across the globe as we all face the same challenge of engaging our communities.

It is hoped that when boccia activity can resume in its regular form, some of these new participants will make the transition across and join a local club.

- About the Boccia Lockdown League

- About Boccia on Sport First