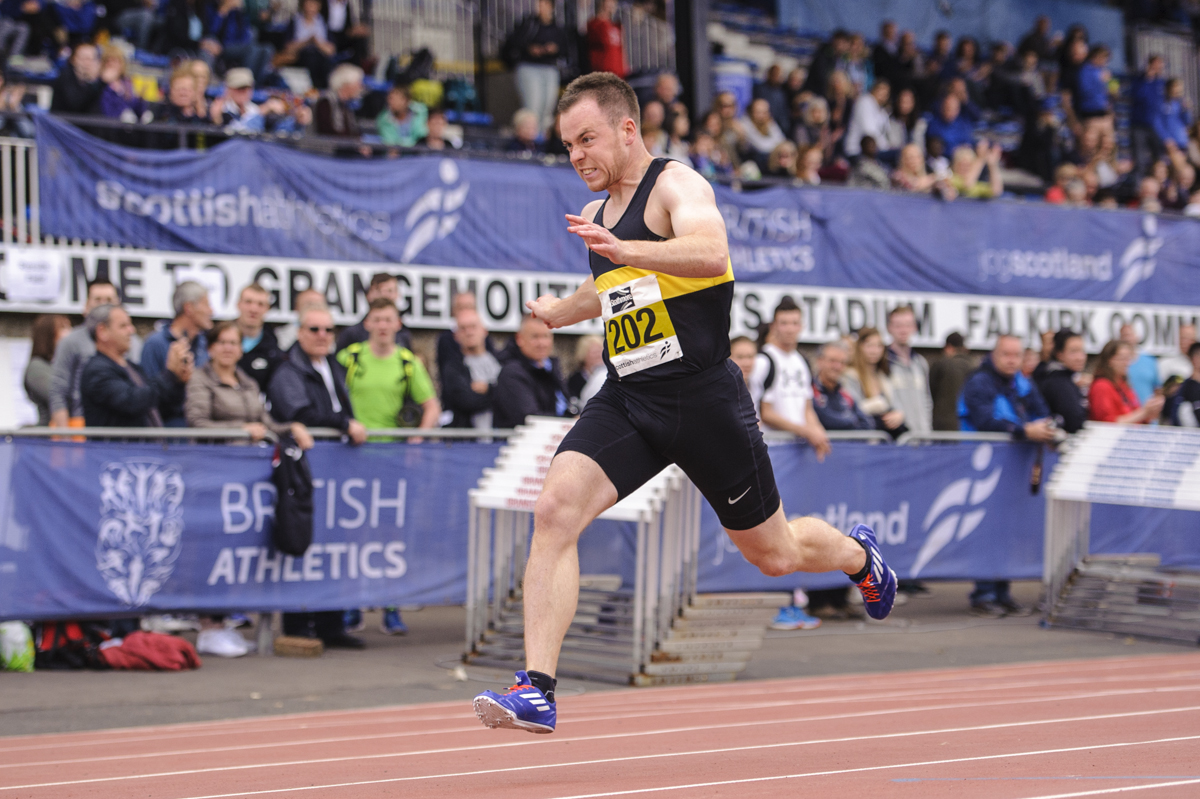 We can all see it on our streets, in our parks and even on the treadmills in our gyms.

The surge in running alone demonstrates the increased numbers taking part in this sport – and that is without even looking at the popularity of throwing, jumping and other track-and-field specialisms.

So how does scottishathletics cope with the increased demand? How do the athletics clubs of Scotland convert participation into progression, enabling Scotland to continue producing athletes who can perform on the world stage?

Club Together has gone a long way to answering these questions.

“Club Together is having a significant impact on modernising our clubs and increasing membership in the sport,” says Colin Hutchison, head of development at scottishathletics.

Here we tell three of the success stories of a programme that has, among its many achievements, doubled the membership of 73 per cent of the participating clubs.

People unfamiliar with the intricacies of this sport may not realise there is a profound difference between a running club and an athletics club.

Springburn Harriers were until recently operating without a permanent base, borrowing other clubs’ facilities in Bishopbriggs, Glasgow. Relocating to the Huntershill Community Sports Hub has redefined the club’s horizons and made track and field a possibility. 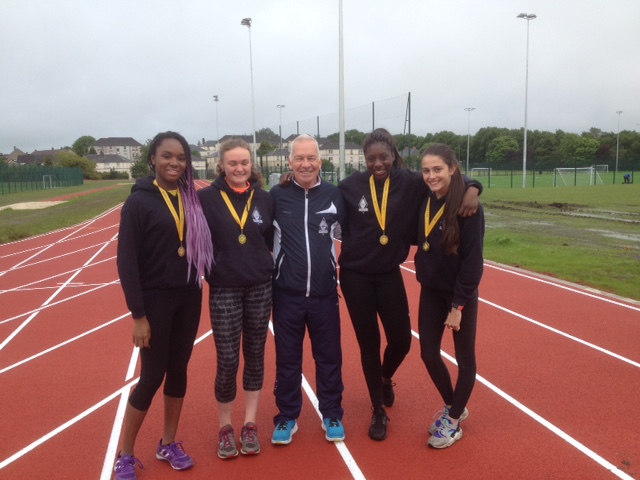 Another vital part of the club’s transformation has been the appointment of Gary Beggan as club development officer.

“The move to Huntershill has given our club a central focal point,” says Springburn Harriers president John Owens (pictured with a group of female athletes).

“Track and field has become a reality now for the first time.

“The appointment of Gary has also been very influential. He is a Level 3 multi-events coach so he can offer the technical coaching that we previously could not, allowing members to take part in throwing and jumping.”

Gary spends a big part of his week delivering coaching sessions but he also works with Active Schools to create after-school and curricular opportunities for schoolchildren in the area to take part in sport.

“Having a professional coach gives us an assurance that from 6-9pm on a Tuesday and Thursday, there is a real quality in the way we are delivering sessions,” says John. 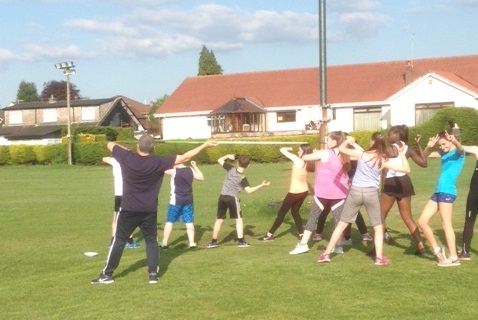 “He has overhauled our coaching structure where before it was a one-coach approach, a kind of one-size-fits-all model. Now there are four distinct groups and people come prepared for a specific session.

“Gary does a dynamic warm-up for the whole group, which is excellent.

“There is a lot more buy-in now. The first time we ran a time trial after Gary started, we had 55 seniors turn up. Previously there were only 20 or 30.

“On a Saturday morning we now run Mini Harriers for kids in Primary 1-5. We have 90 kids turning up, and we have 18 of our Young Leaders involved in the session.”

Springburn Harriers, which has achieved recognition from scottishathletics with the award of Podium status, has been developing the following projects in the past year alone:

Springburn Harriers have also been recognised with charitable (SCIO) status, recognising the club’s intention of developing as a community organisation committed to the common good.

The rapid growth in popularity of a sport can result in some existing institutions becoming over-subscribed.

This may be viewed as a clear evidence of progression, and a sign that the club in question is doing the right things. But it also creates an issue of untapped potential. When the waiting list for junior memberships at Harmeny AC stretched to over 50, the club felt the need to do something about it. 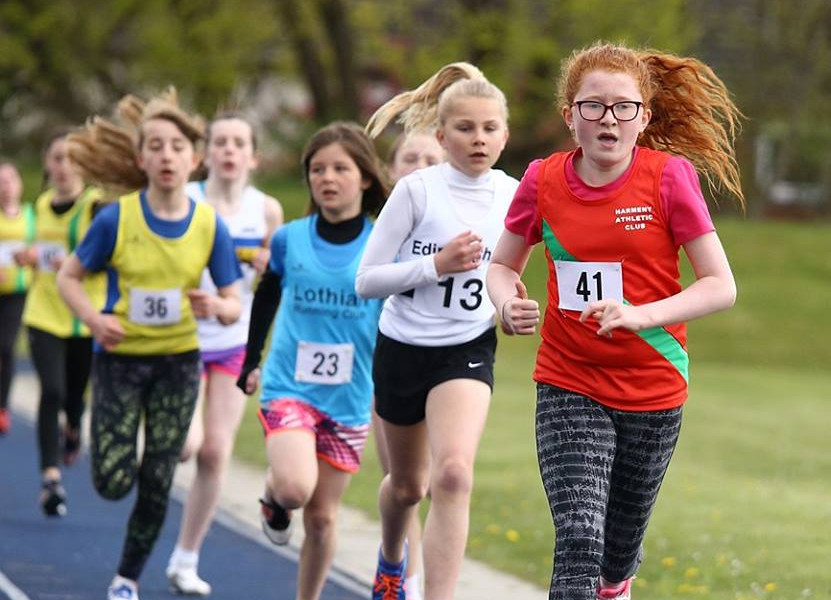 “It was a frustrating situation and we had such a long waiting list that they sometimes had to wait a year,” says club secretary and coach Craig Stewart.

“It was heartbreaking at times, because parents were so desperate to have their kids involved in the club.”

The appointment of a part-time club and coaching development officer, Lorraine Boyd, through Club Together funding “immediately made a big difference”, says Craig.

It enabled the club to schedule more sessions and accommodate more juniors, with the result that Harmeny’s membership has swollen by 53 per cent to 328.

The club now offers 20 different athletics sessions as a result of Club Together.

Craig adds: “Another great benefit of Club Together has been our partnership with Active Schools, which has given us a platform to get the word out about the sessions on offer.”

Meeting demand with supply is an ongoing challenge. As Harmeny AC continues to thrive and more and more people flock to join in, the waiting list is beginning to grow all over again…

Club Together enabled Aberdeen AAC to part-fund not one but two roles that enabled the club to build from more solid foundations.

The employment of professional staff was badly needed because this is a club with big ideas. 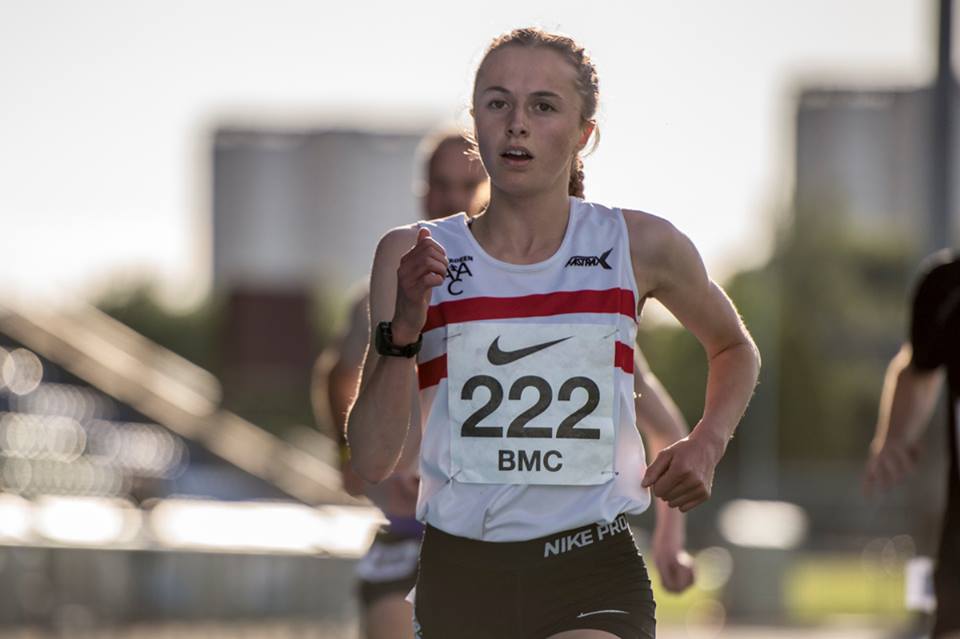 The AAAC Academy currently has an intake of 20 athletes between the under-15 and under-23 age groups, all of whom meet the criteria of being qualified to compete in the British Championships.

The academy now enjoys a partnership with the sportscotland-funded Aberdeen Sports Village, where the athletes (all of whom are paying club members) benefit from free training as well as physiotherapy and massage therapy services.

Ultimately there is a vision that the AAAC academy could have a formal link to the scottishathletics National Academy. 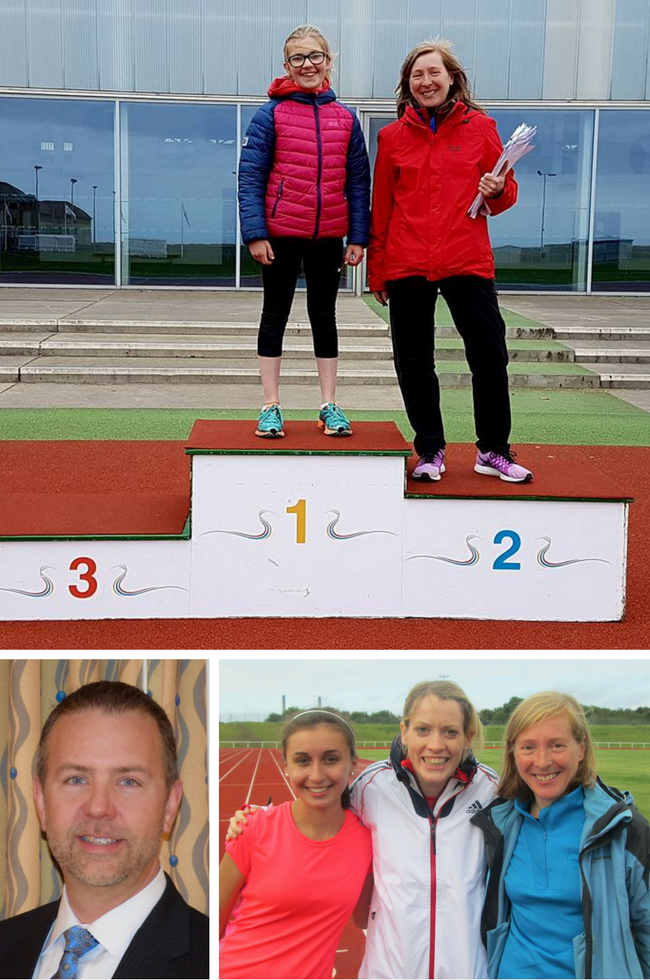 Brian Pahlmann, club manager, and Ruth Watson, pathways development manager (pictured in montage), each works 18 hours a week and they have overseen a number of changes. Not least an altered customer base: the club membership of around 400 now has a higher proportion of youth.

“Before we started in April 2016 I think the club was struggling with a lack of general organisation, a high turnover of personnel and a lack of follow-through on the things it wanted to achieve,” says Brian.

“Since Ruth and I joined we have tried to make some changes and create an infrastructure to help ensure sustainability.

"One of the things I wanted to establish from the outset was a mission statement, and now that we have one it really helps me with decision-making and gives the members something to rally behind.”

That mission statement, emblazoned on the club website, reads as follows: “The mission of Aberdeen Amateur Athletic Club is to create an environment for athletes to achieve their potential in sport and in life.”

The club has also established clear values under the headings of inclusion, community, fun, empowerment and performance & competition.

Brian, an American with a background in physical therapy, sports medicine and fitness, adds: “There is a real openness from the committee here, a willingness to try new things and listen to new ideas, and there is very little resistance to change.”

More information about Club Together is available on the scottishathletics website.

This article is part of a new series. Check out Focus on Rowing. 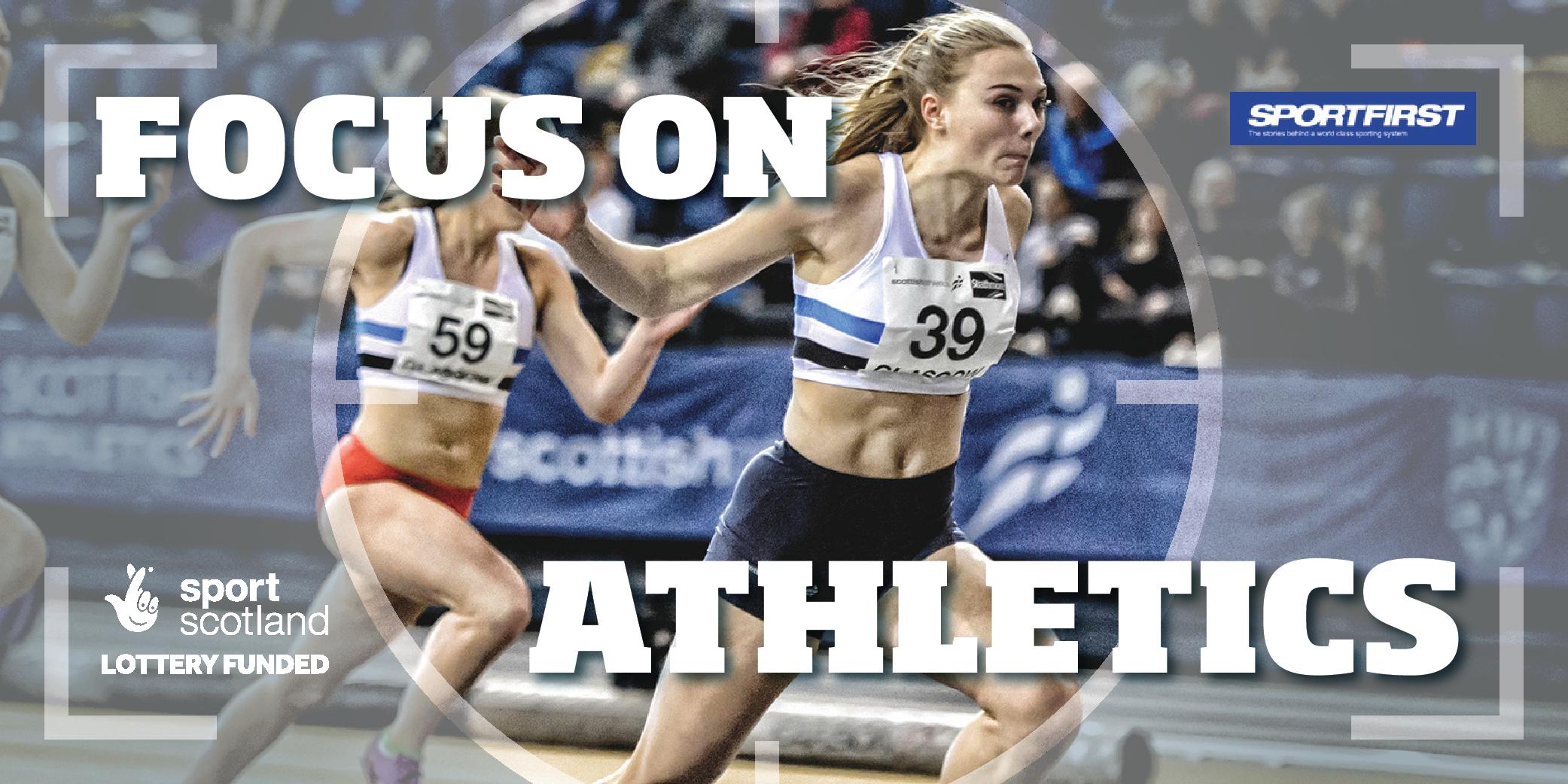 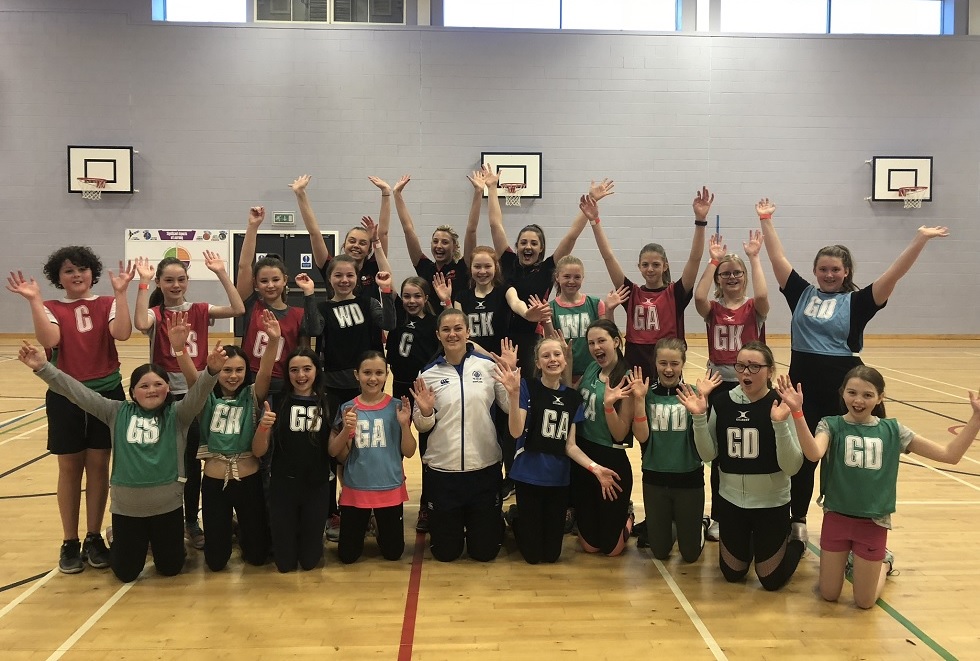 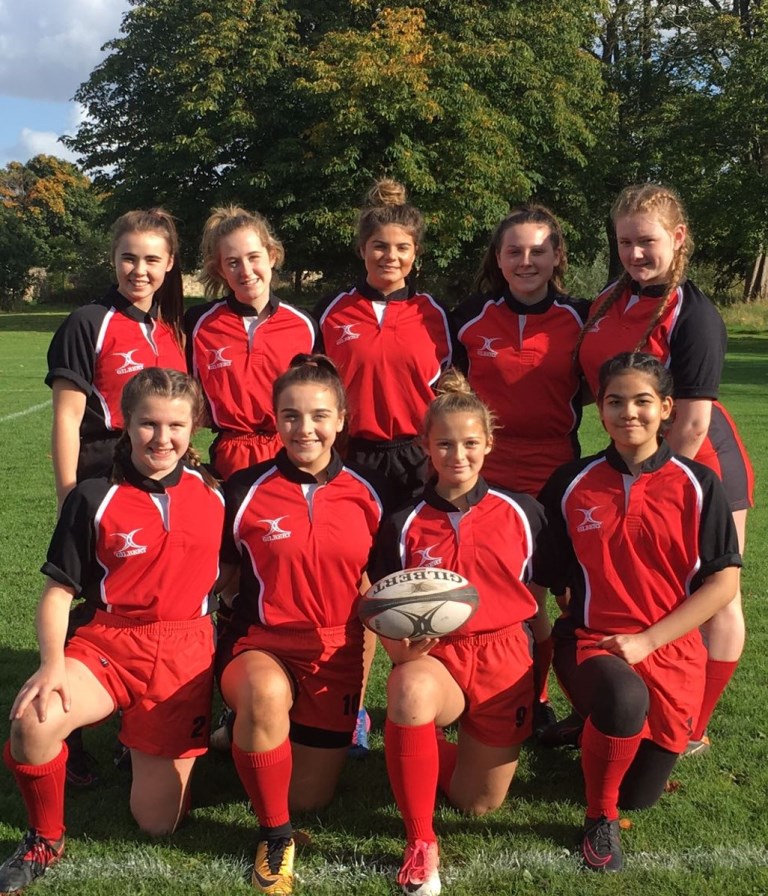 How a community club in Edinburgh is changing lives through sport