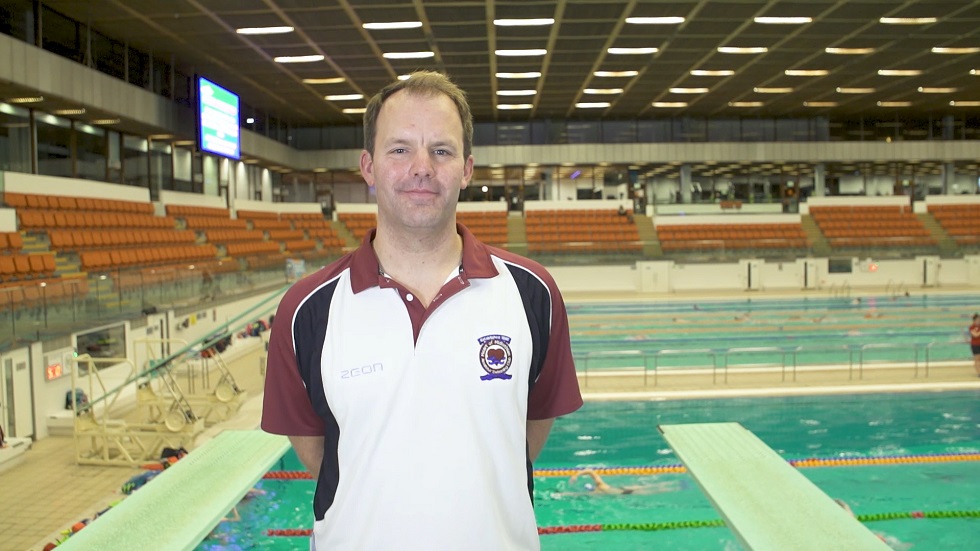 One of Scotland’s leading swimming coaches has had his years of dedication and contribution to the sport recognised with the Performance Development Coach of the Year award from sportscotland.

Phil Potter, 40, has been the head coach at Heart of Midlothian ASC for the last 16 years and is responsible for leading on youth training programmes and developing coaches across a number of venues in Edinburgh.

As the pool stars of tomorrow benefit from Phil’s expertise, the dedicated coach balances his duties with Heart of Midlothian, his lead coach role with Scottish Swimming’s national programme and his head coach responsibilities with the district regional programme.

Phil played a key role as head coach during this year’s Commonwealth Youth Games, in the Bahamas, where Team Scotland landed eight medals in the pool.

Commenting on his success, Phil said: “I competed as a swimmer to a decent level and when I retired, I saw the opportunity to give back to the sport. I have now been at Hearts for the last 16 years after a spell as assistant coach at Warrender Baths Club.

“This year has been a real highlight for me. I’ve had swimmers qualify for the Commonwealth Games next year as well as excellent results at the British Championships and in Scottish age groups.

“Personally, getting to coach on the Commonwealth Youth Games team in the Bahamas was a fantastic experience.

“I’ve always loved my job and Edinburgh is a great city to live in as well.”

Phil was nominated by Scottish Swimming’s performance director Ally Whike, who said: “Phil has worked tirelessly over the past few years to support the development of Lexie and Keanna through the Heart of Midlothian Club pathway.

“His strength lies in the ability to link this to character and personality, supporting both athletes through challenging and successful times in and out of the pool. Over the years he has coached both for the long term to a place where they are already challenging on the senior stage at a British and International level.

“Phil is an outstanding example of individualised performance development coaching.”

Phil picked up his award on an evening where inspirational coaches, officials and volunteers from across Scotland were celebrated across 13 categories for their significant contribution to sport in 2017.

“Phil has had an incredible career; his commitment to coaching is exceptional. Not only is he responsible for training the stars of tomorrow, but he is truly passionate about helping them be the best they can be. I hope other coaches are encouraged to follow his exemplary lead.