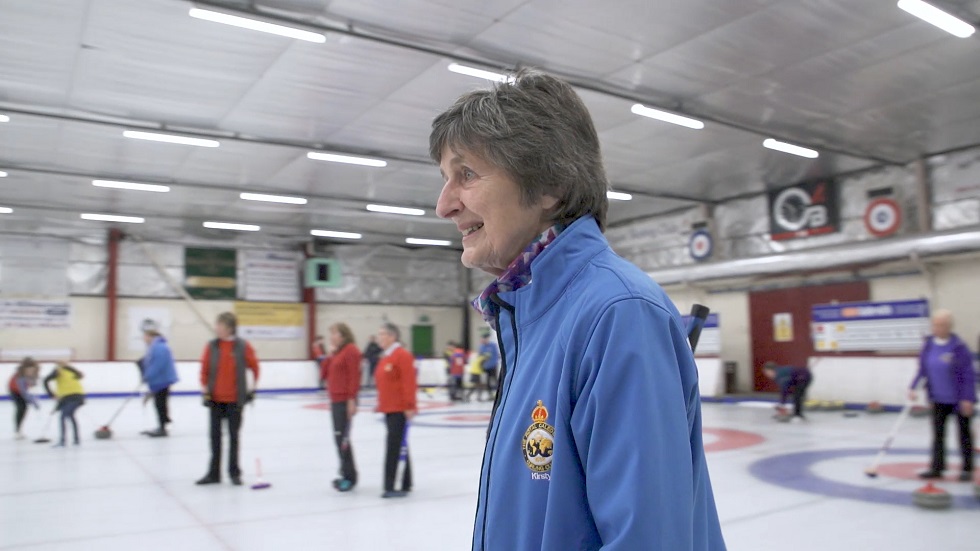 One of Scotland’s leading curling volunteers has had her years of dedication and contribution to the sport recognised with a Lifetime Achievement in Volunteering award from sportscotland.

Kirsty Letton, 77, from Ayrshire has dedicated her life to curling in Scotland and has no intention of retiring any time soon.

In her 40 years of volunteering on the rink, Kirsty has inspired hundreds of others to get involved in the sport. Since 2014 she has been a driving force behind the Try Curling, Beginners, Improvers and Curling’s Cool programmes in Ayr, which have seen the number of active coaches delivering sessions increase from five to 26.

Kirsty's professional and positive approach has motivated South Ayrshire primary school pupils to have fun on the ice, with 269 youngsters participating in her taster sessions last season.

As well as inspiring the stars of tomorrow, Kirsty instigated the establishment of the strongly contested World Senior Curling Championships in 2000. She also set up the Glynhill Lades Curling International event, which attracts world-class teams to compete in Scotland.

“At the end of the day I still enjoy playing the game and I enjoy the challenges of coaching.

"The sport is so enjoyable for me, so it’s good to see so many others enjoy it because they are playing better and achieving more.”

Kirsty was nominated by the Royal Caledonian Curling Club’s head of development Judith McCleary, who said: “Kirsty truly demonstrates and encompasses what volunteering is all about. She is modest, hard working and passionate about developing curling in the community and asks for nothing in return.”

Kirsty picked up her award on an evening where inspirational coaches, officials and volunteers from all over Scotland were celebrated across 13 categories for their significant contribution to sport in 2017.

The prestigious sportscotland Coaching Officiating and Volunteering Awards 2017 were held on 8 November at Stirling Court Hotel where leading athletes congratulated the winners and thanked them for their work in supporting and developing sport in Scotland.

“Kirsty has dedicated her life to curling in Scotland, inspiring many to take up the sport and help the nation perform on the world stage. In her incredible 40 years as a volunteer she has helped make curling more accessible for hundreds of youngsters and encouraged people of all ages to be the best players they can be. Kirsty is a credit to the sport and volunteering.

DID YOU KNOW THAT COACHING QUALIFICATIONS ARE CHANGING?

Created in partnership with Scottish governing bodies of sport (SGBs), this new coaching framework has been developed by sportscotland and is endorsed by the Chartered Institute for the Management of Sport and Physical Activity (CIMSPA) and certified by the Scottish Qualifications Authority (SQA).

Find out more about the new Scottish Coaching Certificate