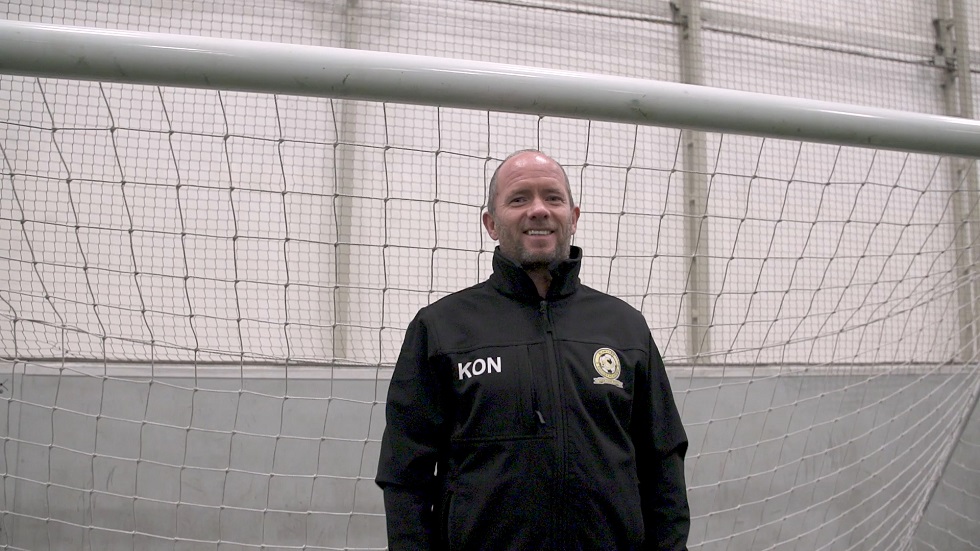 One of Scotland’s leading football coaches has had his years of dedication and contribution to sport recognised after winning sportscotland’s Community Coach of the Year award.

Kevin O’Neil is co-founder and head coach of Blantyre Soccer Academy, which was formed in the Lanarkshire town in 2010.

The Academy started with a core group of 20 boys but thanks to Kevin’s hard work numbers have sky-rocketed; over 430 local children now enjoy football with the club.

Tireless Kevin has helped break down social barriers within the local community, where he has helped introduce disability teams, girls’ teams, an Under-19 side and an Over-35 amateur squad. The club’s strong links to every local community group has helped the people of Blantyre work together to create opportunities in the town.

He said: “Blantyre is a deprived area and we, within the club, are trying to make sure that  what we do is inclusive and that the youngsters mix with kids from other areas. We take the same approach with the parents and coaches.

“I would say my proudest moment is starting off and developing our disability section. We wanted to put this at the heart of the club and that, to me, has been our biggest achievement so far.

“There is a real sense of family atmosphere within the club and a togetherness between everyone involved with Blantyre Soccer Academy. Our aim is to develop kids to the highest level that they wish to achieve.

"We have many kids who have achieved pro youth level and beyond, so we see ourselves as part of the link to SPFL standard, we want to tie in with those pro-youth clubs.”

One of Kevin’s most notable community projects is the Reamonn Gormley Memorial Soccer Festival, which was created in memory of the murdered 19-year-old.

The event brings together over 3,000 players and 5,000 spectators and has raised over £35,000 for the Good Child Foundation and local charities in the last six years.

Jimmy Whelan nominated Kevin for the award after watching the Blantyre community change for the better because of his work.

He said: “The town of Blantyre was spiralling out of control in 2010 with gang culture and murders and Kevin felt that something had to be done to pull the community together therefore him and his friend formed Blantyre Soccer Academy.

“Negative statistics over the last seven years have fallen and there is a real sense of community spirit about the town again. Not only that, he has seen the fruits of his labour come to fruition with a number of players coming through the ranks and going on to pro youth level with SPFL clubs, and his own 11-a-side teams winning leagues, all in a short space of time.

“Kevin is a truly inspirational person who deserves to be recognised for all he does.”

Kevin picked up his award on an evening where inspirational coaches, officials and volunteers from all over Scotland were celebrated across 13 categories for their significant contribution to sport in 2017.

The prestigious sportscotland Coaching Officiating and Volunteer Awards 2017 were held on 8 November at Stirling Court Hotel, where leading athletes congratulated the winners and thanked them for their work in supporting and developing sport in Scotland.

“Kevin has used sport to make incredible changes in his local community. Both on and off the pitch, Blantyre Soccer Academy continues to go from strength to strength because of his tireless efforts. Kevin is a true inspiration, not just as a coach, but as a member of his local community.

"Through football he has helped break down barriers, creating a better town for the residents of Blantyre."