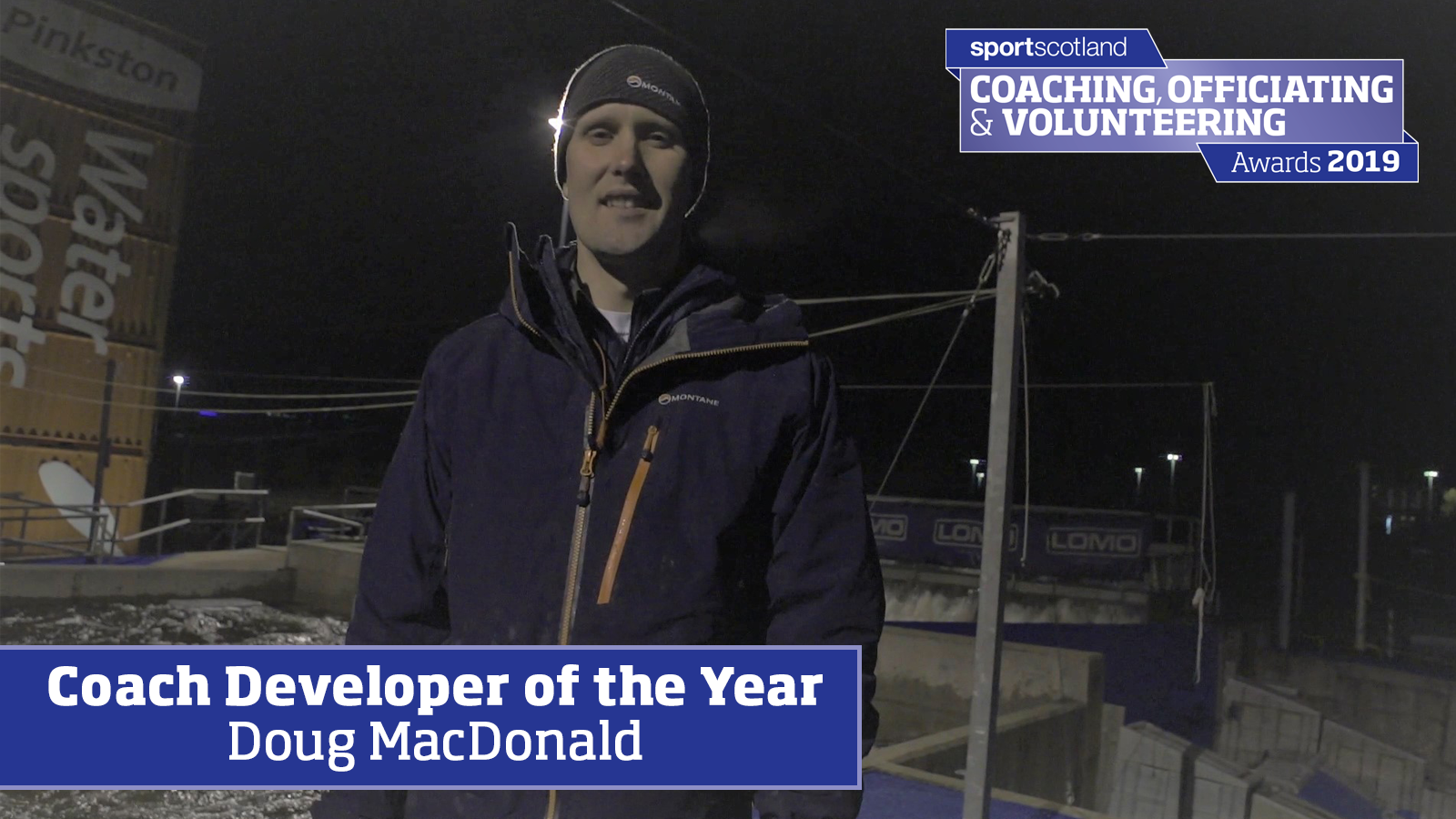 A coach who is having a major influence at all levels of canoeing in Scotland has had his dedication recognised after being named sportscotland Coach Developer of the Year.

Coach and Pathway Developer for the Scottish Canoe Association, Doug has enhanced the quality of coaching within Scottish canoeing and provided development opportunities to coaches at all levels of the performance pathway.

His enthusiasm and drive work ethic is helping create a pool of coaching support in Scotland that is accelerating the progress of athletes towards international success.

The Edinburgh coach has guided Hope Gordon to a successful showing at the European and World Championships and six athletes to be selected for the Olympic Hopes Canoe Sprint Regatta, the highest Scottish contingent for four years

Doug has brought high quality, scientifically informed coaching practice to all levels of the sport. He has integrated good practices into local canoe clubs as well as the Scottish performance squad and often goes above and beyond in his support of athletes and coaches.

Doug said: “For me the success as a coach developer can be really small things. It’s obviously lovely when the athletes achieve their goals and that’s what the coaches are working towards.

“But for me the most rewarding bit is something small like a minor behavioural change we’ve been working on and you see it come to life in a session suddenly.”

Doug picked up his award at the sportscotland Coaching, Officiating and Volunteering Awards 2019 at Glasgow City Chambers on 21 November.

Coaches recognised for propelling GB hockey star to the top