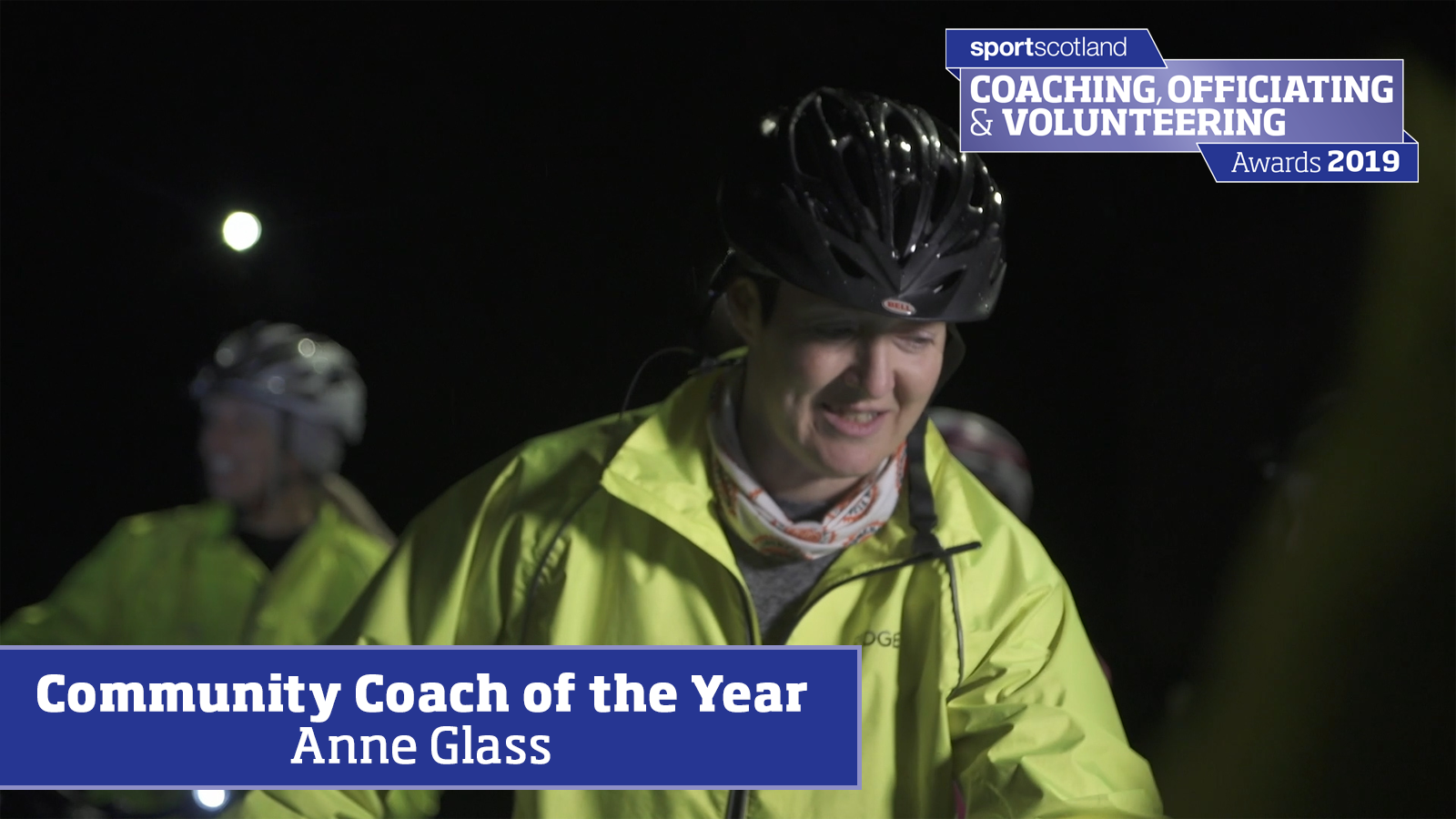 A coach who works tirelessly to give hundreds of people every week the chance to cycle has had her dedication recognised after being named sportscotland Community Coach of the Year.

Anne Glass has been the driving force behind the establishment of Drumchapel Cycle Hub since 2015. During the last four years, Anne’s hard work and commitment to her community has built the hub into a heart of activity.

On the night inspirational coaches, officials and volunteers from all over Scotland were celebrated across 15 categories for their significant contribution to sport over the past 12 months.

Anne has been the driving force behind the establishment of Drumchapel Cycle Hub since 2015. During the last four years, Anne’s hard work and commitment to her community has built the hub into a heart of activity.

Leading a group of dedicated volunteers, Anne has over 200 local people every week on bikes.

The impact of Anne's work on the local community is visible, with more people using bikes for transport and recreation. Drumchapel Cycle Hub has helped change the local perception of cycling, in an area where there are low levels of bike ownership, and her unflagging determination has inspired great results.

Anne has helped Drumchapel Cycle Hub reach a diverse range of local people including sessions for women and girls as well as targeted work with children with additional support needs.

The hub provides weekly rides for women, weekly rides for all, family rides and learn to ride sessions for kids as well as targeted activities for those with long-term health conditions and mental health problems - all with a focus on encouraging people to experience the benefits of sport and enjoy their local area.

In her own words

Anne said: “It’s very social, people connect with each other and we’re keeping active at the same time.

“We call ourselves the bike family because it has that family feel to it.

“When I see some of the women out with their kids on bikes, then the kids convincing their dads to get out on a bike as well, that’s just amazing.”

Anne picked up her award at the sportscotland Coaching, Officiating and Volunteering Awards 2019 at Glasgow City Chambers on 21 November.