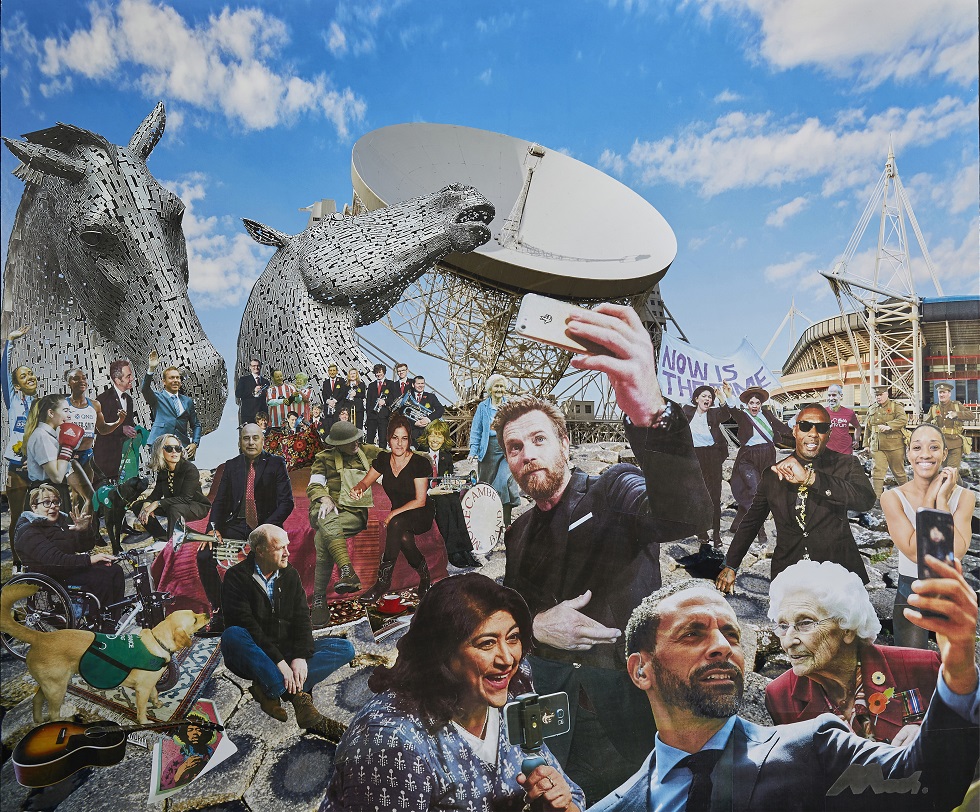 One of Scotland’s most loved sporting heroes has been unveiled as one of the faces of a newly commissioned artwork to mark the start of six weeks of celebrations for The National Lottery’s 25th birthday.

Sir Chris Hoy, Scotland’s most successful Olympian, is featured in a new piece of modern art by Scottish artist David Mach RA alongside 24 other people, places and projects that have been part of extraordinary things which have been made possible by The National Lottery.

They have been brought together in one iconic image to represent The National Lottery's incredible impact on life in the UK over the last 25 years – across sports, as well as film, heritage, the arts, and community projects.

Sir Chris Hoy credits National Lottery funding with helping him achieve his Olympic dream and is one of thousands of sporting individuals and projects that have achieved their ambitions with a helping hand from the Lottery.

Over the last 25 years, clubs and initiatives across Scotland have been positively impacted by The National Lottery, including The Dundee Dragons. The club was founded in 2013, initially as a wheelchair rugby league club and using £8,000 of National Lottery funding, went on to expand, providing activities in basketball, tennis, badminton, curling and golf.

In Dunfermline, two cycling clubs were backed by The National Lottery to take their development to the next level. Dunfermline Cycling Club and Carnegie Cyclones secured over £30,000 investment from Direct Club Investment to help with the appointment of club coaches and diversifying club memberships.

These initiatives are just two projects to share in the £30 million raised for good causes by National Lottery players every week.

sportscotland chief executive Stewart Harris said: “The National’s Lottery 25th birthday is an opportunity to reflect on the amazing work National Lottery players have helped to fund and the impact this has in local communities across the country.

“The backing from The National Lottery has allowed us to invest in world-class sporting facilities, Olympic and Paralympic athletes like Sir Chris Hoy and worthwhile sports projects in clubs and communities. Through these endeavours, we continually see sport’s potential to change lives – and we couldn’t do it without National Lottery players.”

David Mach’s new artwork, titled ‘United By Numbers: The National Lottery at 25’ is being exhibited for the day in the window of a Manchester shop that has been selling National Lottery tickets for 25 years.