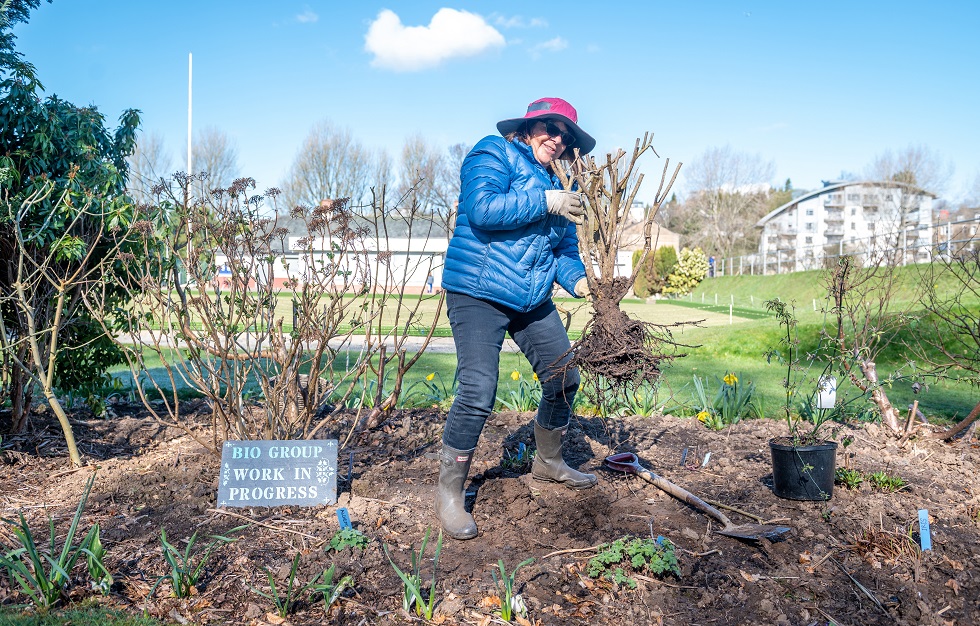 Volunteers at Langside Sports Club are mucking in to protect and enhance the natural environment on the hub's grounds in Glasgow.

Langside Sports Club is a new community sport hub based at Albert Park, a 10-acre site in the heart of Glasgow’s south side.  The park boasts four outdoor tennis courts, a five-rink grass bowling green and a large playing field with two football pitches, and in summer, a cricket pitch.

These four sports have taken place in Albert Park for 100 years, but since Langside Sports Club became the custodians of the site in 2020, a more imaginative approach to managing the park has developed. New activities have started including the BIO (Be Involved Outdoors) Group, whose focus is increasing the biodiversity of Albert Park. 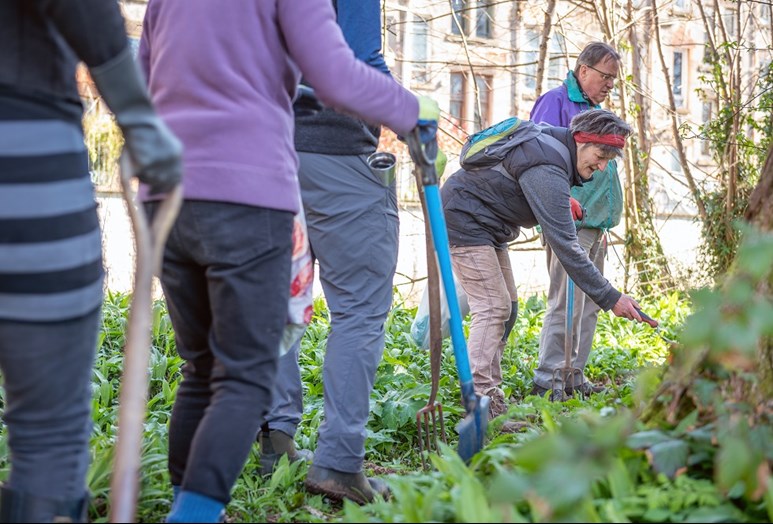 Since August, volunteers have been pitching in twice a week. They have strictly followed COVID guidelines and even though social distancing measures mean they are unable to work closely, the volunteers have discovered many physical and social benefits in taking part.

Achievements so far include making and installing bird boxes for the nesting season, introducing rescue hedgehogs, building a composting system, litter picking, planting native bulbs, building a habitat hedge and introducing planters with pollinator friendly plants in order to green up the hard spaces in the park. 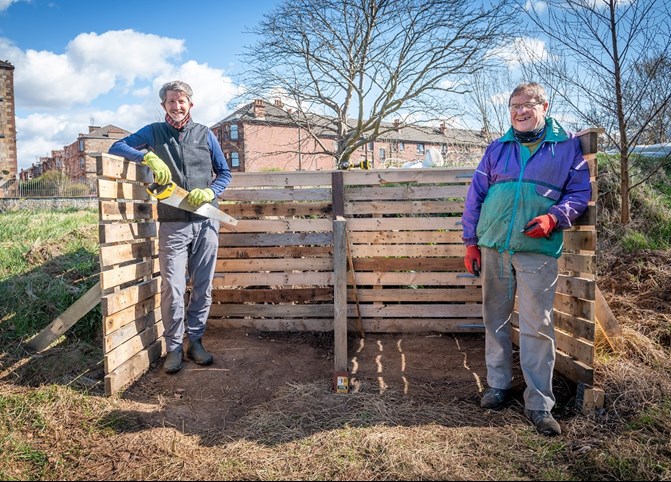 Jane, a volunteer in the biodiversity group, said: “The group has been really positive for me. I've learned a lot. Things like which plants are good for pollinators, how to develop a wildflower meadow, different ways of composting and plant identification skills.

“I've got to know local people, talked about the project with people as I've worked by the pavement and had an enthusiastic response from those who appreciate Albert Park as their local green space.”

Plans for the future include the introduction of a small orchard and restoring a path around the perimeter of Albert Park. The hope is this will encourage people to get more physical activity while enjoying the sights and sounds that Albert Park has to offer.

At sportscotland we are committed to protecting and enhancing biodiversity across our estate, principally at our national centres Glenmore Lodge and Inverclyde.

To further the conservation of biodiversity we do a number of different things, including:

About Langside Sports Club and biodiversity at sportscotland. 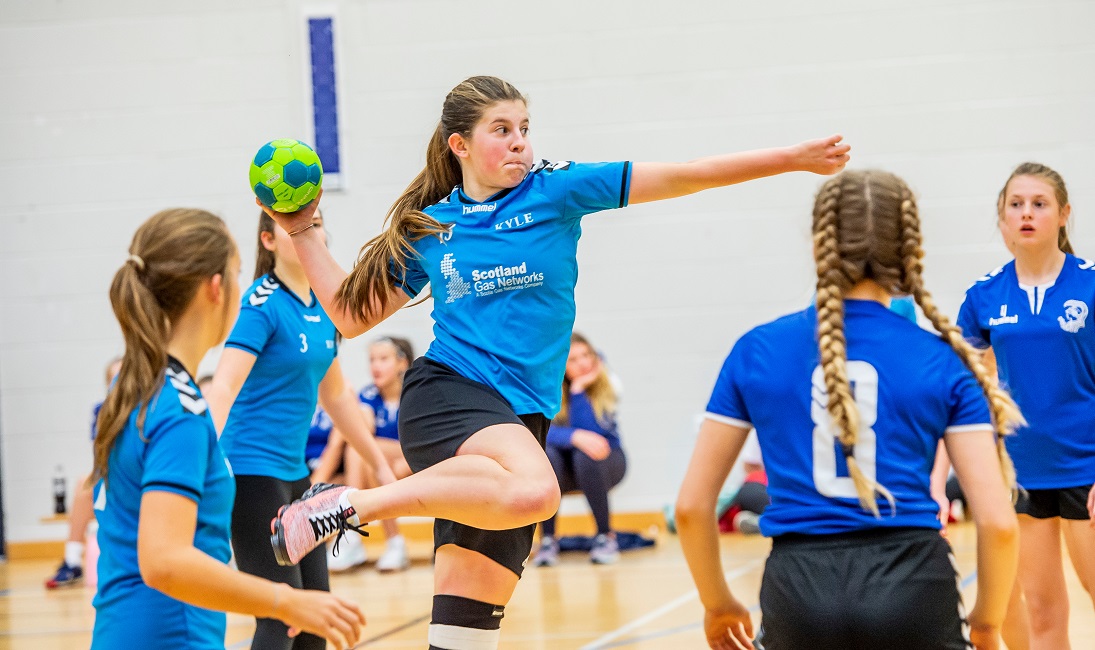 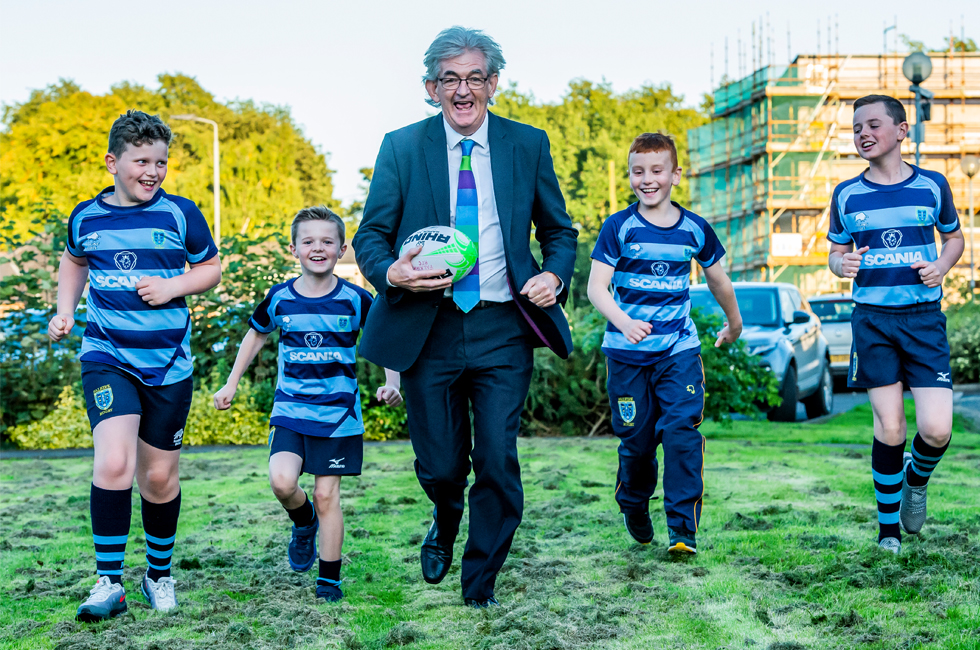