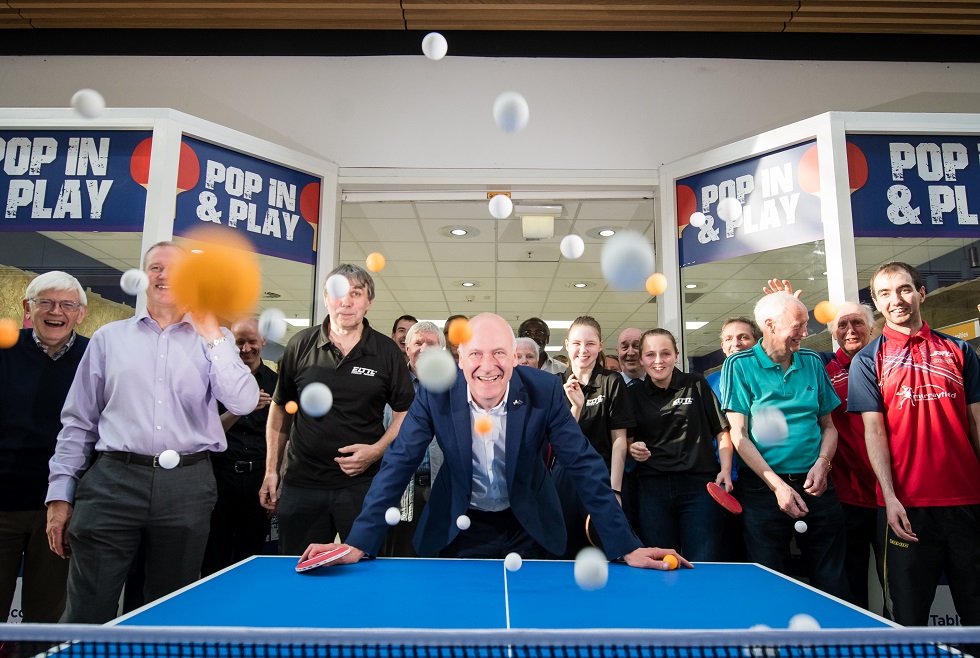 The middle of a mall is not the most obvious hub for a table tennis revolution, but the rhythmic sound of this fast-paced game is unmistakable as you round the corner in Edinburgh's Gyle Shopping Centre.

Pop In & Play opened in January 2019 as a pilot project to engage with people who might not be very active but, given the right relaxed and comfortable social setting, could be encouraged to take up the sport.

Fast forward five months and there is now a thriving hub which has boosted the development of the sport and provided a social network for the local community.

Jim, from Carrick Knowe, recently lost his wife and had been coming to the shopping centre as a way of getting out of the house. He hadn’t played table tennis for over 40 years but noticed Pop In & Play and decided to give it a go. 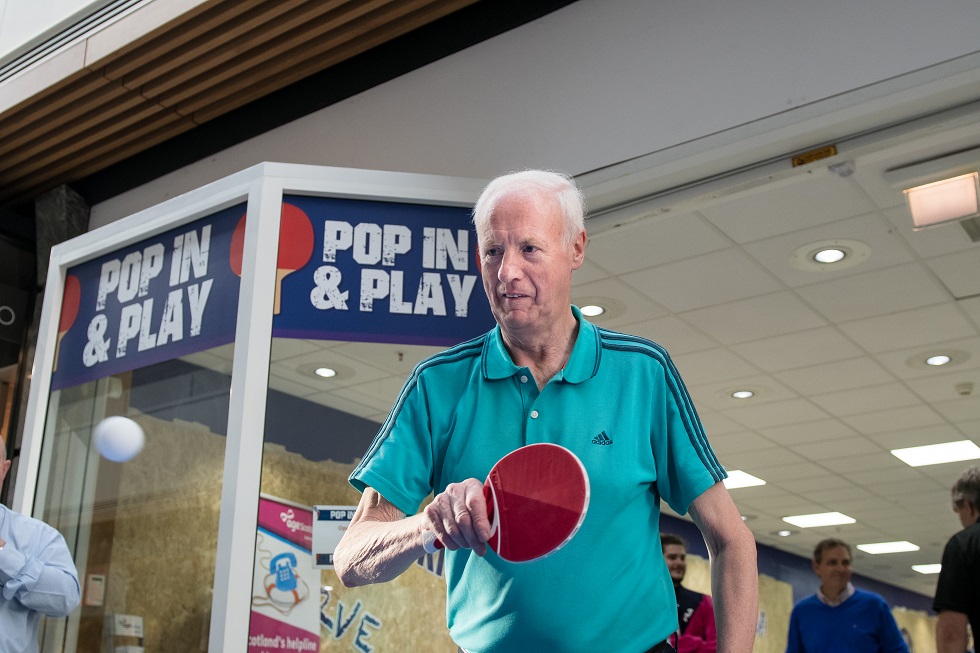 Jim recalls: "I couldn’t even hit the ball when I first came in but with all the practice my skills have really improved.

“I just come along three or four times a week in case someone comes in and they don’t have anyone to play with. It’s fun and it keeps me active, but more than that, it’s given me a social network and a purpose, rather than sitting at home moping.”

He is now one of the 30 regular volunteers who have come from local clubs or, like Jim, enjoyed visiting Pop In & Play so much they have offered to help.

Sports Minister, Joe FitzPatrick MSP, attended  a Pop In & Play session to meet the volunteers who keep the initiative running. He said: “This is an amazing example of people using the resources that are there in order to help encourage people to become active. If the pop-up wasn’t here, this would be an empty shop whereas what we can see is something that is being well used by the community and it’s creating a bit of a buzz.

“It’s also giving people the opportunity to give table tennis a go, or for some folk, give it a go again because they might not have played for a number of years. Some of those people are then joining a club while for others, they are maybe just having a game at home. 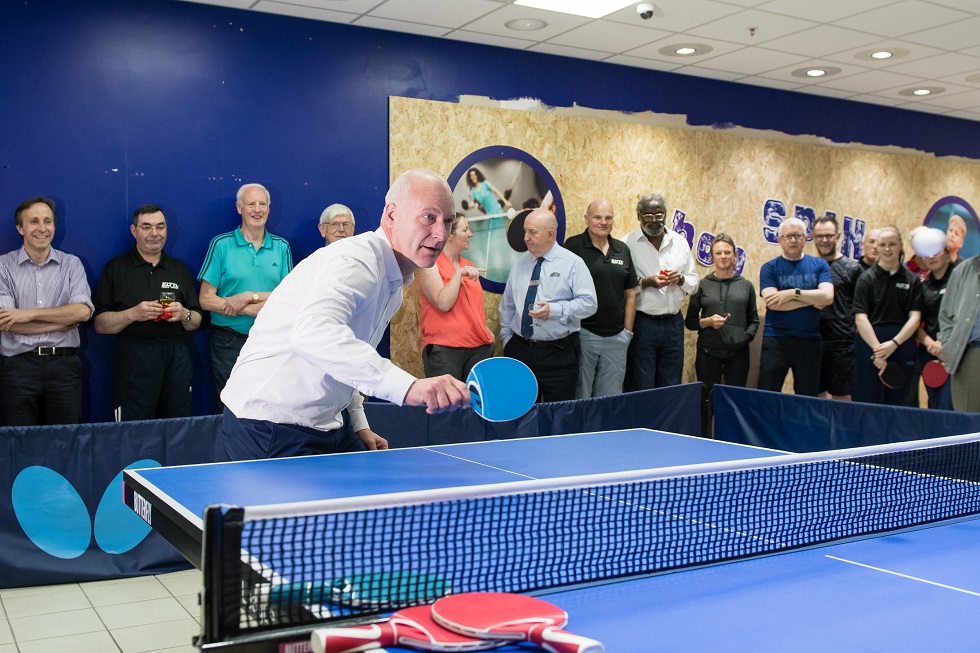 "It’s really important that we encourage people to be more physically active and this is just a great example of making it happen.”

Since it opened, nearly 100 people a day have been taking part, totalling a staggering 12,000 visits. The tables are constantly in use, and there are often queues at lunchtime.

To meet demand, Pop In & Play is moving to another unit in the shopping centre, donated free of charge by The Gyle, where they can offer longer opening hours. There will also be an expanded range of activities including after-work opportunities, dementia-friendly sessions developed in partnership with Age Scotland and Edinburgh Leisure, and coaching for young people and others returning to the sport.

The Pop In & Play project caters for all ages and their youngest visitor so far has been only three years old, while the oldest volunteer is 84.

The next generation of table tennis players is keen to play a part, too. Faye Leggett and Amelia Norbury, both 16 and from Edinburgh, are current Under-18 national players for Scotland.

Amelia, one of the regular volunteers at the Gyle, says: “I come with my Dad every Saturday and volunteer, helping with the first shift of the day.

“It’s really fun. There are different age groups from kids to older people, then there are a lot of players, people who used to play when they were younger and have come back. It’s cool to see them coming along and it’s all helping more people get into the sport.

"A lot of people who come along ask where there are clubs in Edinburgh because they’ve really enjoyed it”.

It’s not a one-way street, as Amelia sees the benefits of volunteering in her own development. She says: “Playing here helps with my own consistency. My aim since I was tiny was to go to the Commonwealth Games so that’s what I’m working towards but it’s also about doing better in Europe.

"We’re going to the European Youth Championships in the Czech Republic this summer, competing against some of the top players in Europe. It’s like a completely different game.” 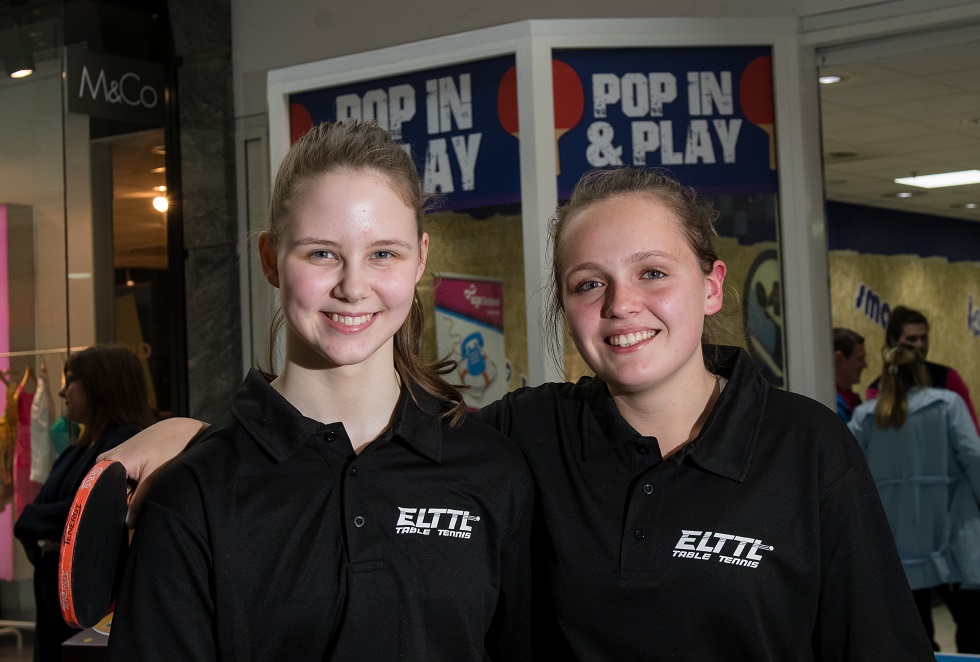 Faye is also giving something back to the sport she loves. “I’ve been doing quite a few demos in primary schools, mainly P4 to P7, trying to see if we can get clubs started in schools or encourage any young kids to join. You can see from this project that getting every age group to play is amazing.

"We obviously want to encourage a lot of young kids to play and join the sport, see if they can take after us, and so it’s seeing if we can kick-start that as well.

“I really want to get involved with coaching and helping out with kids when I’m older. I wouldn’t be where I am now if people hadn’t helped me, so I want to give back to the sport.”

Table Tennis Scotland are already in discussions with a number of other shopping centres across Scotland to bring table tennis to the masses. Watch this space! 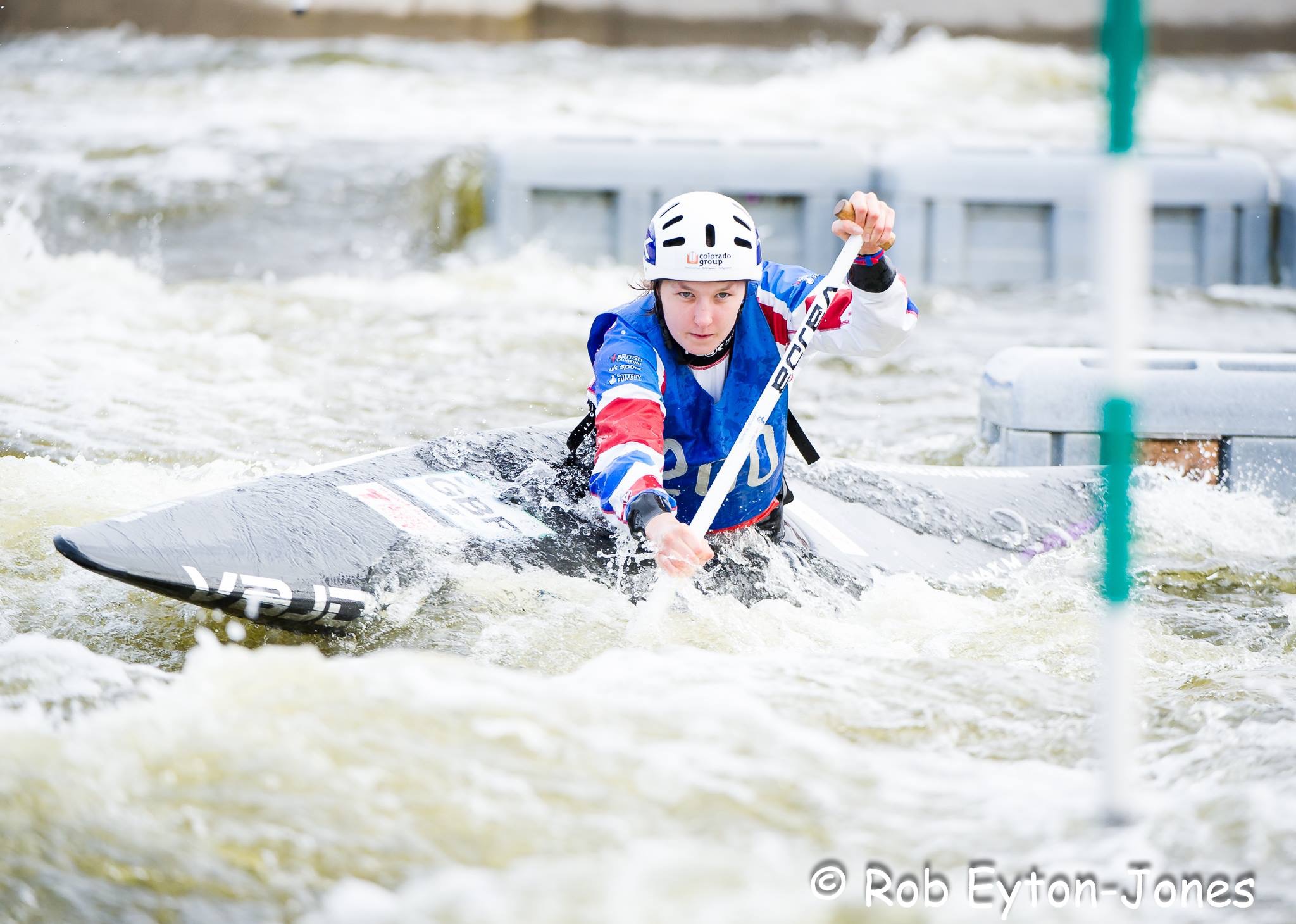 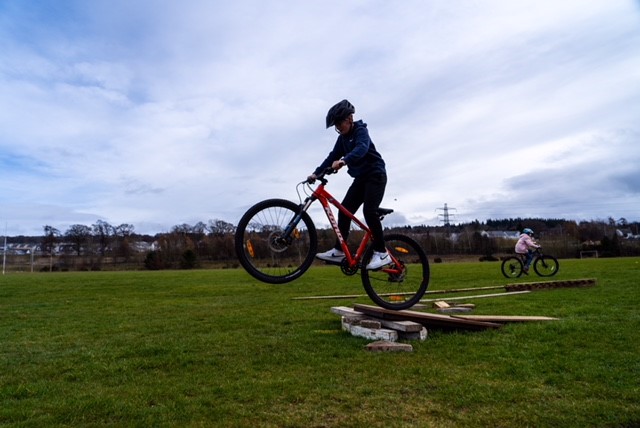 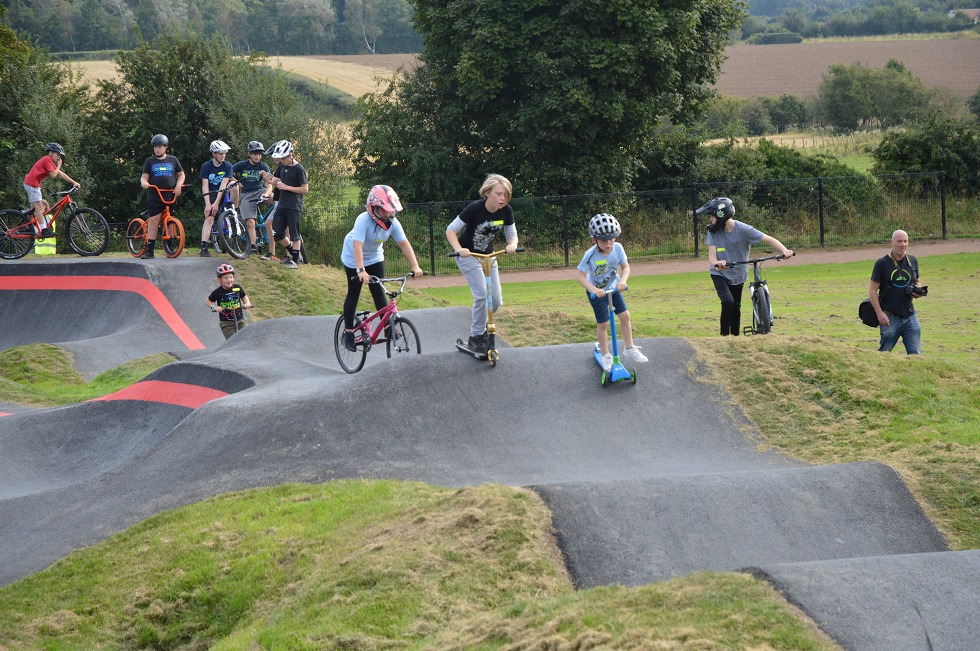