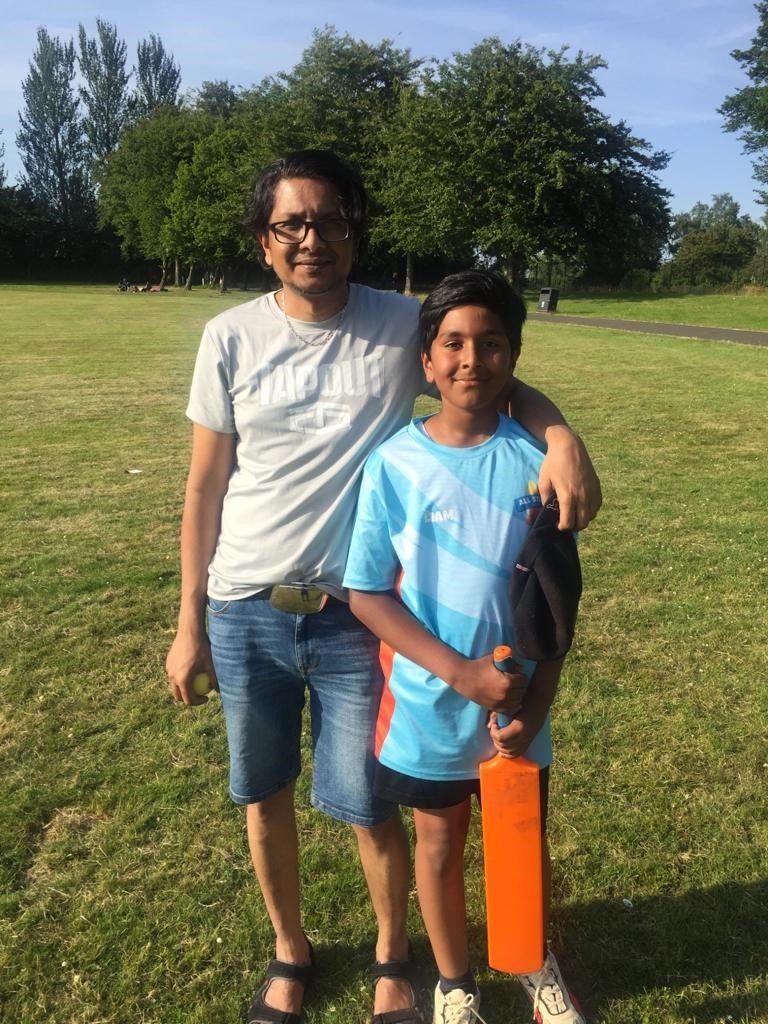 For volunteer coach Wilson Dallas, cricket isn’t just a way for him and his young family to have fun – it’s helped them find their feet in a new country and became a vital lifeline during lockdown.

The father of two arrived in Glasgow as a refugee from Pakistan, settling in the Springburn area of Glasgow with son Liam, 12, and eight-year-old daughter Candice.

Wilson was keen to get them involved in sport, taster sessions were being delivered at Liam’s school as part of the Wicketz programme. Wicketz uses free cricket sessions to drive social inclusion and engagement in ethnically diverse communities. Created and funded by Lord’s Taverners charity and delivered by Cricket Scotland, the initiative is part-funded by Changing Lives Through Sport and Physical Activity.

Some of Liam’s classmates joined and Liam was keen to take part. Wilson duly took Liam along for a taster session – and both were instantly impressed.

“It was great to see lots of kids from different backgrounds and cultures playing together. There was a lot of social activity where they could mingle together and play their own sports, so I was really happy and knew I wanted Liam to be involved.”

After Wilson enrolled Liam in the sessions at the hub, his own enthusiasm for the game meant that he soon became involved as a volunteer coach too. 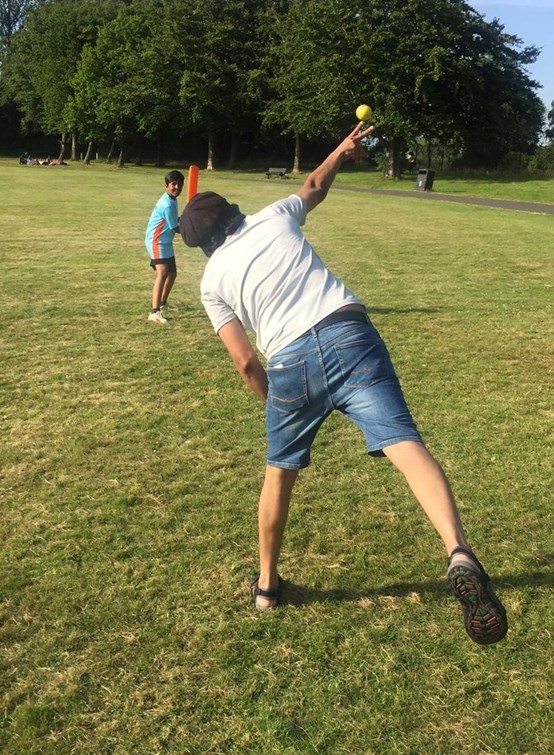 He said: “I knew I wanted to be more closely involved and become part of such a great initiative. I’d played a lot in Pakistan but had never done any coaching so I knew this was a great opportunity. I was given details of classes and a course to help me develop, which were absolutely amazing. It’s definitely expanded my own experience of cricket.”

As well as helping with his own development, Wilson says Wicketz has given his children a new love of the game – and really came into its own during lockdown in 2020. Cricket Scotland gave them laptops to take part in video sessions at home, which were supported by Glasgow Caledonian University.

Wilson revealed: “Staying at home was terribly sad, but Wicketz really supported us by organising online sessions for adults and kids, which meant we were still able to learn and develop skills.

“Liam also kept up his bowling, batting and catching practice, which meant he really improved. He was always in his room, trying out different things and throwing a ball at the wall – he did it so much I thought the neighbours might start complaining!

“Candice was also inspired by the online sessions to get involved too. She now sits down with the other girls in the community garden and talks about Wicketz – it’s great to see.”

On top of helping Liam and Candice with their sporting development during lockdown, Wicketz kept them amused with a range of other online activities too.

Wilson said: “The organisers did games, art and crafts and quizzes, so it helped keep Liam and Candice busy – they were very excited and really looked forward to it every week.

“Doing all these activities definitely helped with our mental health and wellbeing and was a good distraction from what was going on outside.

"In a way, Wicketz became like a family; it brought us together and gave us things to do during a terrible time.”

He added: “Wicketz really brought us out of what could have been a depressing time. Because Glasgow was new to us, we thought we were alone but it helped us feel involved and achieve a different state of mind. 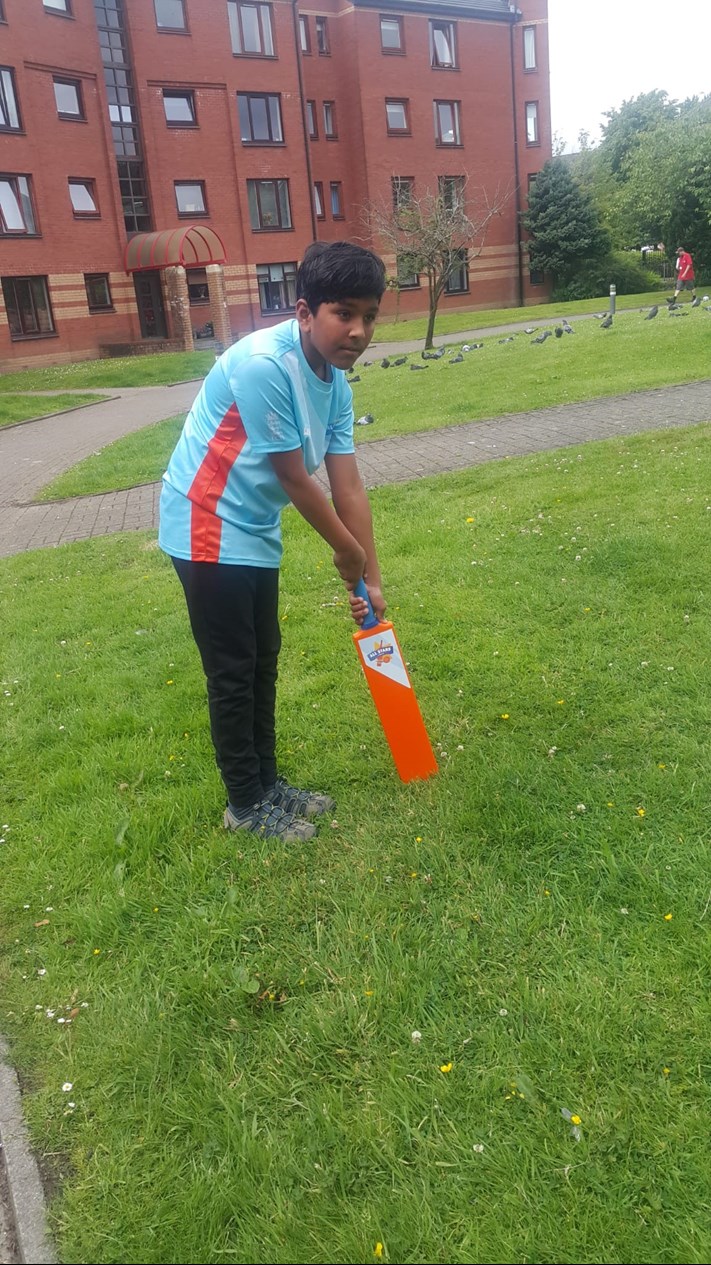 “Liam has made a lot of new friends and now has a large social circle and it’s nice to see him being adopted into the culture – I’m really happy and very proud that we are a part of it.

“Everyone knows that when your kids are happy, the parents are happy, and Wicketz has helped us achieve that. Liam and Candice love to play outside and get involved, so we all feel relaxed and has eased the burden on us without a shadow of a doubt.”

The programme didn’t just help his young children cope with the challenges of the pandemic, Wilson says being involved with the project has helped his own wellbeing too.

He said: “As a volunteer, I’m also learning and gaining new experiences and really enjoy bringing parents and children together. My physical health has improved too – my sporting spirit has definitely returned, and I feel fitter now. It’s like being a kid again!”

Discover how you can get involved in cricket from Cricket Scotland